Resistance against antiseptics.
View transcript
10.7
From the two case studies that you have reviewed above, you will understand that in relation to antibiotics, a spectrum of resistant patterns have been observed. Microbes can acquire resistance to one or more antibiotic, hence we have multidrug-resistant strains, extensively-drug resistant strains, and pan-drug resistant strains.
39.4
In the case study on pan-drug resistant Klebsiella pneumoniae above, the difficulty of coping with infections caused by strains that have acquired resistance to all classes of antibiotics are clearly demonstrated. Antimicrobial resistance is not limited to antibiotics. It has emerged against non-antibiotic antimicrobial agents, such as antiseptics or biocides. The first reports of antiseptic resistance were published in the 1950s. And since the 1960s, several outbreaks of hospital-acquired infections implicating disinfectants and antiseptics have been documented. Most were caused by faulty manufacturing of the agent, or dilution in using contaminated tap water, or storage in contaminated containers. Biocide resistance mechanisms are similar to antibiotic-resistant mechanisms, which I described earlier. The biocide can be enzymatically degraded.
110.9
Alternatively, there can be acquisition of genes to change the structure of the target site, create alternative metabolic pathways, reduce the permeability of the cell envelope, or acquire efflux pumps. The latter two mechanisms of resistance, reducing permeability and acquiring efflux pumps, seem to be especially important in the emergence of resistance to non-antibiotic antimicrobial agents. Here is a diagram of an illustration of the five biocide resistance mechanisms. You see that I’ve highlighted two of those mechanisms in yellow. This image is available for you to review below this video. It’s important to note that microorganisms can display resistance to antibiotics and antiseptics simultaneously. And a few examples have been listed on this slide.
174.4
We need to be able to determine antimicrobial resistance effectively in clinical isolates and to be able to monitor the spread of antimicrobial-resistant strains. Presently, we do this using antimicrobial susceptibility testing, in which discs impregnated with antibiotic are used. This method is usually adopted in labs receiving samples from infected wounds. Additionally, it is possible in the laboratory to determine the minimum inhibitory concentration. This is the lowest concentration of an antibiotic that can inhibit the growth of microorganisms. From this, we can identify breakpoints which are concentrations that are the threshold between susceptibility and resistance. So if an organism has an MIC for an antibiotic above the breakpoint, it is determined to be resistant.
241
And if the value is below the breakpoint, it is categorised as susceptible. These methods have been tried and tested, they are standardised, and they are used widely. This means that we can use the methods locally, nationally, internationally, and globally. And that allows us to do antimicrobial resistance surveillance.
267
Going back to the case of the pan-drug resistant Klebsiella pneumoniae, the hospital had been monitoring antibiotic resistance for several years before the patient was admitted. They knew that the strain was not prevalent in the hospital at the time that she was admitted. And after she died, they were able to confirm that the microbe did not persist in the hospital. Therefore, antimicrobial resistance surveillance is a very important tool.
297.7
Regarding biocide susceptibility testing, although we can estimate the activity of an antiseptic or disinfectant easily in the laboratory, we do not have routine methods or established or standardised yet to look at the susceptibility of clinical isolates.
319.8
More importantly, we don’t have standardised methods for looking at the susceptibility of agents within biofilms. And this is an issue that is ongoing and demands further research.

Antiseptics are essential components of intervention strategies used in clinical medicine for preventing infection during surgical procedures and in stopping the dissemination of nosocomial diseases. In addition to antibiotic resistance, microbes have developed resistance mechanisms to antiseptics by acquiring plasmids and transposons that confer biocide resistance.

• Enzymatic degradation of the antiseptic.

• Structural changes in the target site that prevent binding of the antiseptic.

• Acquisition of alternative enzyme(s) or pathways that obviate the target site of the antiseptic.

• Reduced permeability of the cell envelope to prevent ingress of the antiseptic.

• Acquisition of efflux pumps that remove the antiseptic from the target cell. 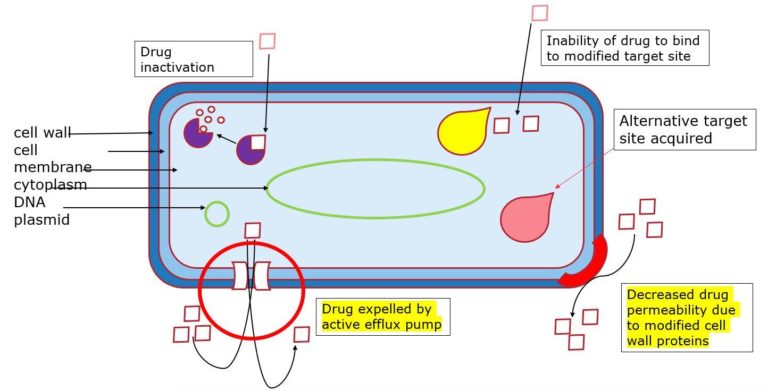