The arrival of mammals was devastating to New Zealand's biodiversity. Some of the reasons why might surprise you. 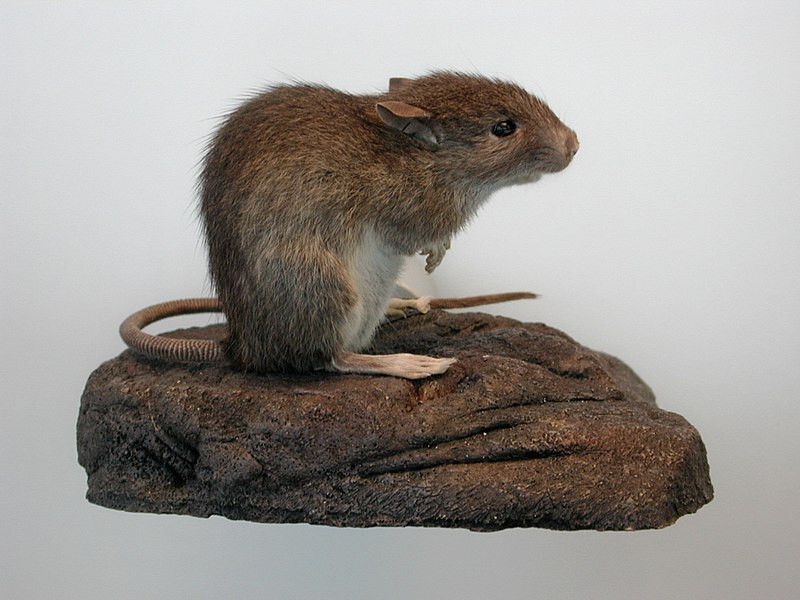 Many of the species that make New Zealand so unique are the last vestiges of once global lineages that were wiped out everywhere else by the rise of mammals. New Zealand gave their evolution a chance to continue on our isolated islands for millions of years. They evolved without any of the pressures of mammal predators or competition. A biological marvel, but one that left them hopelessly vulnerable when mammals (accompanied by humans) eventually found their way here.

Think back to our stinky, nocturnal, flightless kākāpō. Flawlessly adapted to evade hawks with their camouflage strategy of freezing at the first sign of a threat. Now imagine bringing a cat or stoat into that equation – nocturnal ground hunters with an exceptional sense of smell and hearing. Both kākāpō and sadly their nests, proved entirely defenceless. This scenario played out with almost all of our bird, reptile, and amphibious species as well as our tiny bats. Cats, stoats, and rats have taken most of these marvellous species to the brink of extinction, as have humans – almost as soon as they arrived on Aotearoa’s shores.

Māori voyagers arrived to Aotearoa New Zealand from Polynesia around 1280 on large waka hourua (double-hulled voyaging canoes). With them came stowaways, most notably the kiore (pacific rat). These rats were an important food source for many Māori, were traded, and were generally enmeshed in the lifestyles they brought with them to Aotearoa. Unfortunately, with the arrival of this little rat came the extinction of many small native birds, frogs, and large insects. Their nocturnal habits, keen sense of smell and ability to climb meant they had access to a huge population of small native creatures with absolutely no natural defences or instincts against their predation.

At the same time as dozens of small species were falling prey to the kiore, the human arrivals also left their mark. All of the Moa species are thought to have been hunted to extinction for food and skins within only a couple hundred years of Polynesian settlement, along with many other large flightless birds. Despite only bringing with them two species of mammal, the kiore and kurī (polynesian dogs), humans’ arrival in Aotearoa heralded the extinction of at least 32 species of bird due to predation, hunting, adornment, and deforestation.

Western settlement began in earnest from around 1790 onwards, bringing with it a new wave of challenges for our native birds, insects, fish and amphibians. Hundreds of new species were introduced (including stoats, cats, possums, and two new species of rats which effectively replaced the kiore), large swathes of forests were felled, and many native species were targeted to satisfy a lucrative British trade in specimens as curios, collections, and fashions from this foreign new colony. 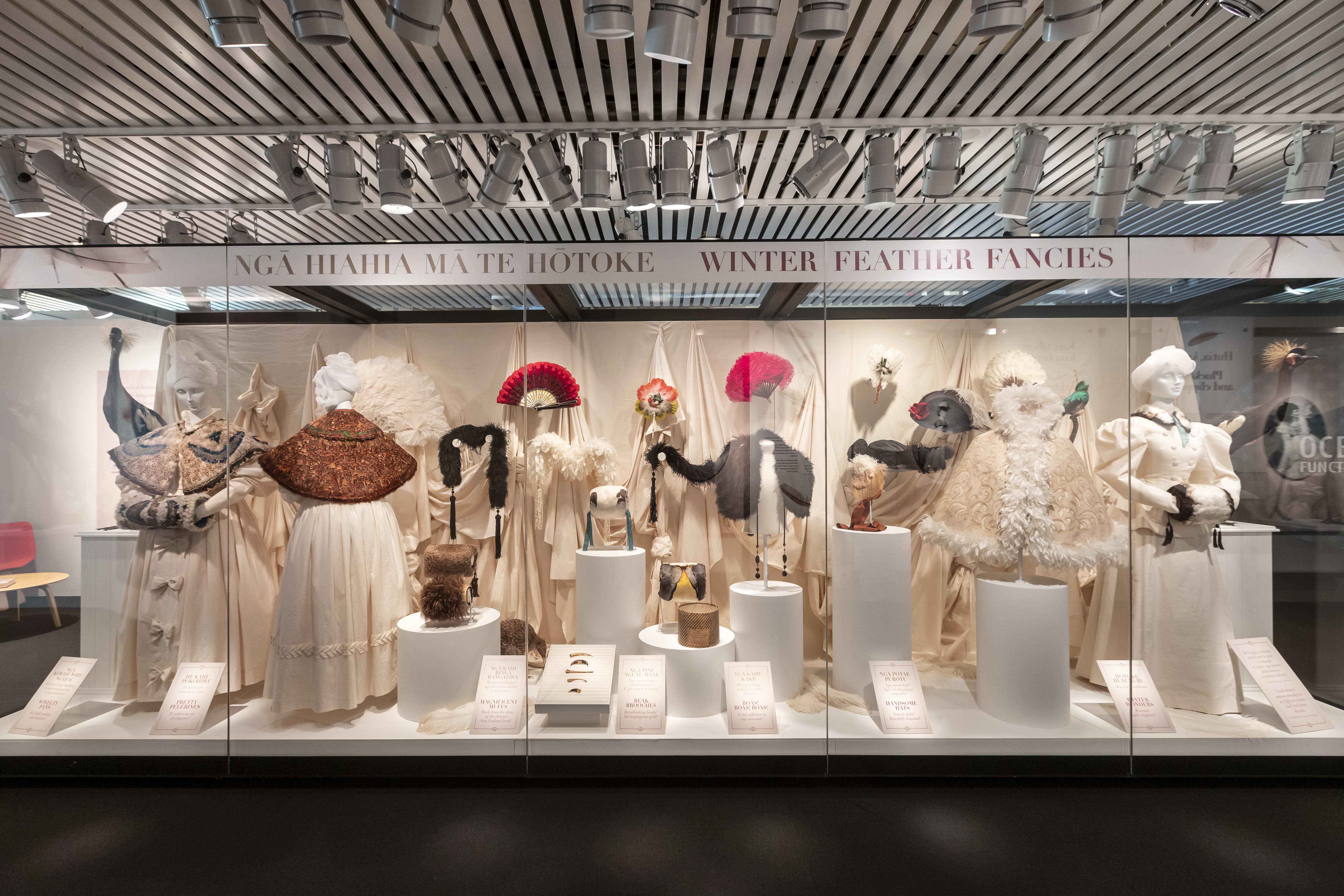 The huia was one key example of this trade that fed into its extinction. After a sharp decline in the 1860s and 1880s, Māori chiefs of the region declared a rāhui (ban) on killing the birds in the Tararua ranges. They gained full legislative conservation protection under the Wild Birds Protection Act in 1892, but by then their feathers and beaks had become lucrative fashion items in Britain. Huia feathers had long been deeply prized among Māori, but after a feather was gifted to the Duke of York in 1901 on a visit to New Zealand, it sparked a fad in Britain for huia beaks and feathers which were used in items such as the Huia beak brooch pictured. 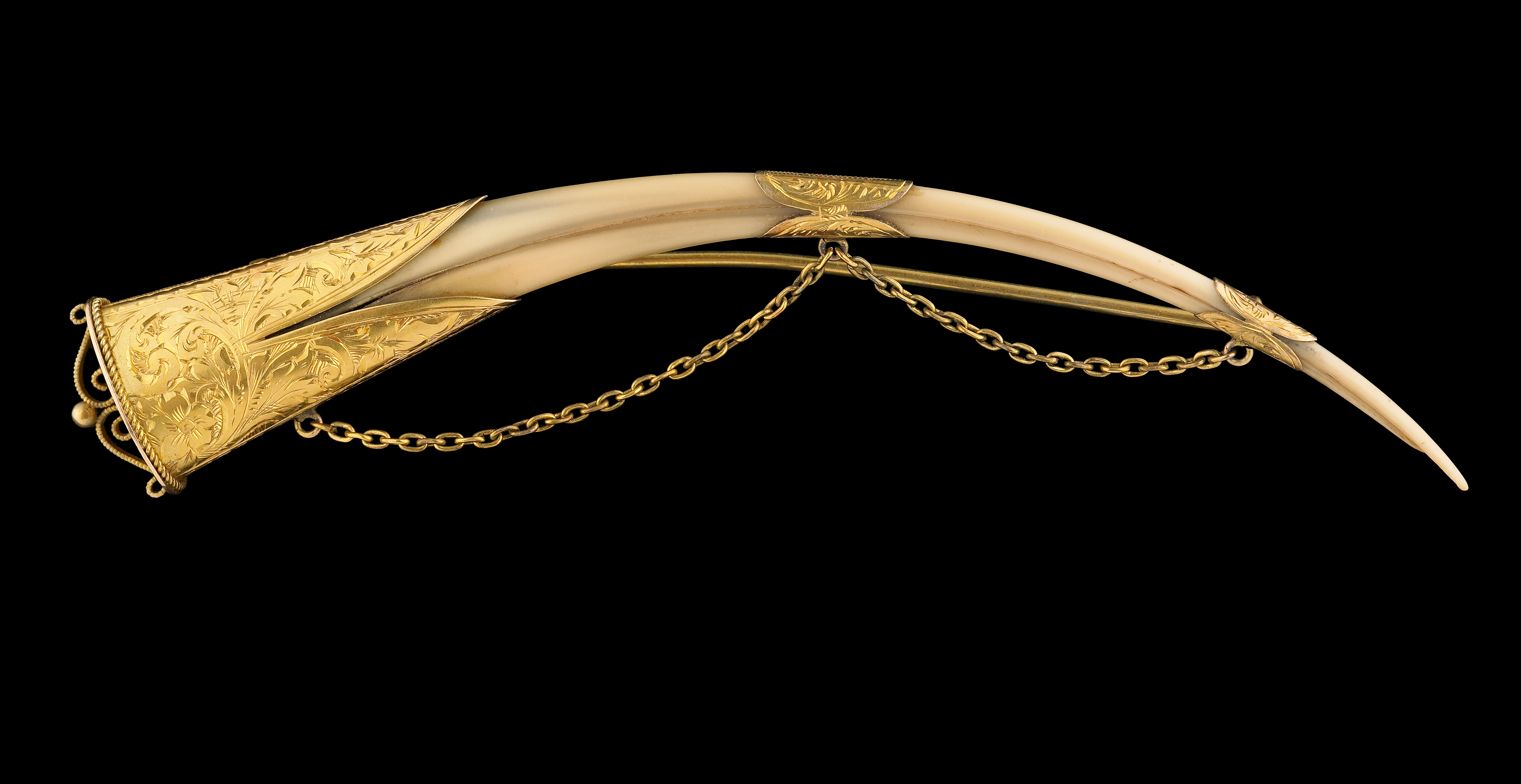 Huia had beaks that were uniquely different between the sexes as they were thought to hunt as a team, with the females beak being notably long, fine, and curved for plucking grubs from holes in trees. The males’ shorter, more typical beak was used to hunt other prey or to help her to access these holes. The true extent of this behaviour will now never be known as the harvesting of them for fashion, collections and game drove their capture, and they were considered officially extinct by 1907. 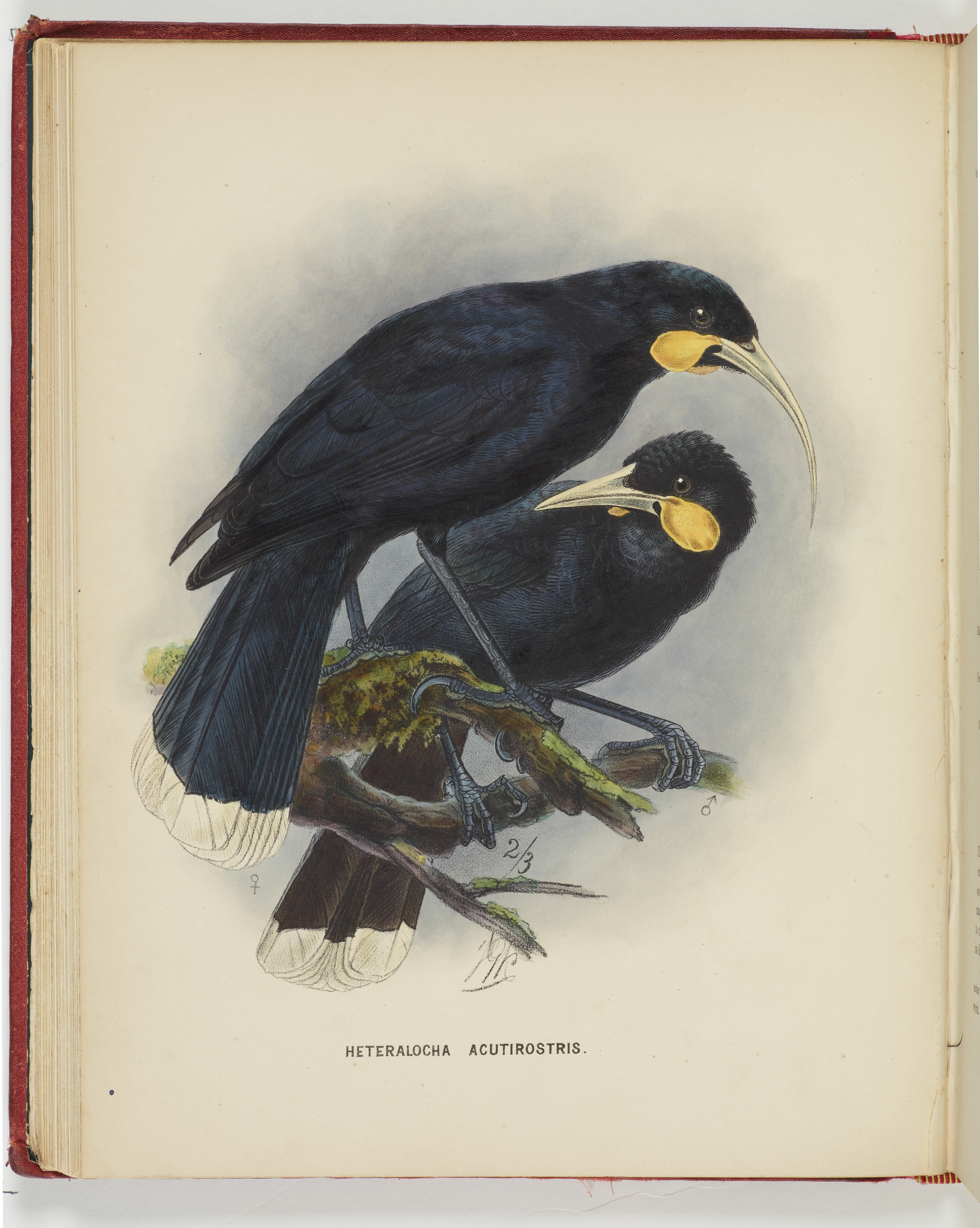