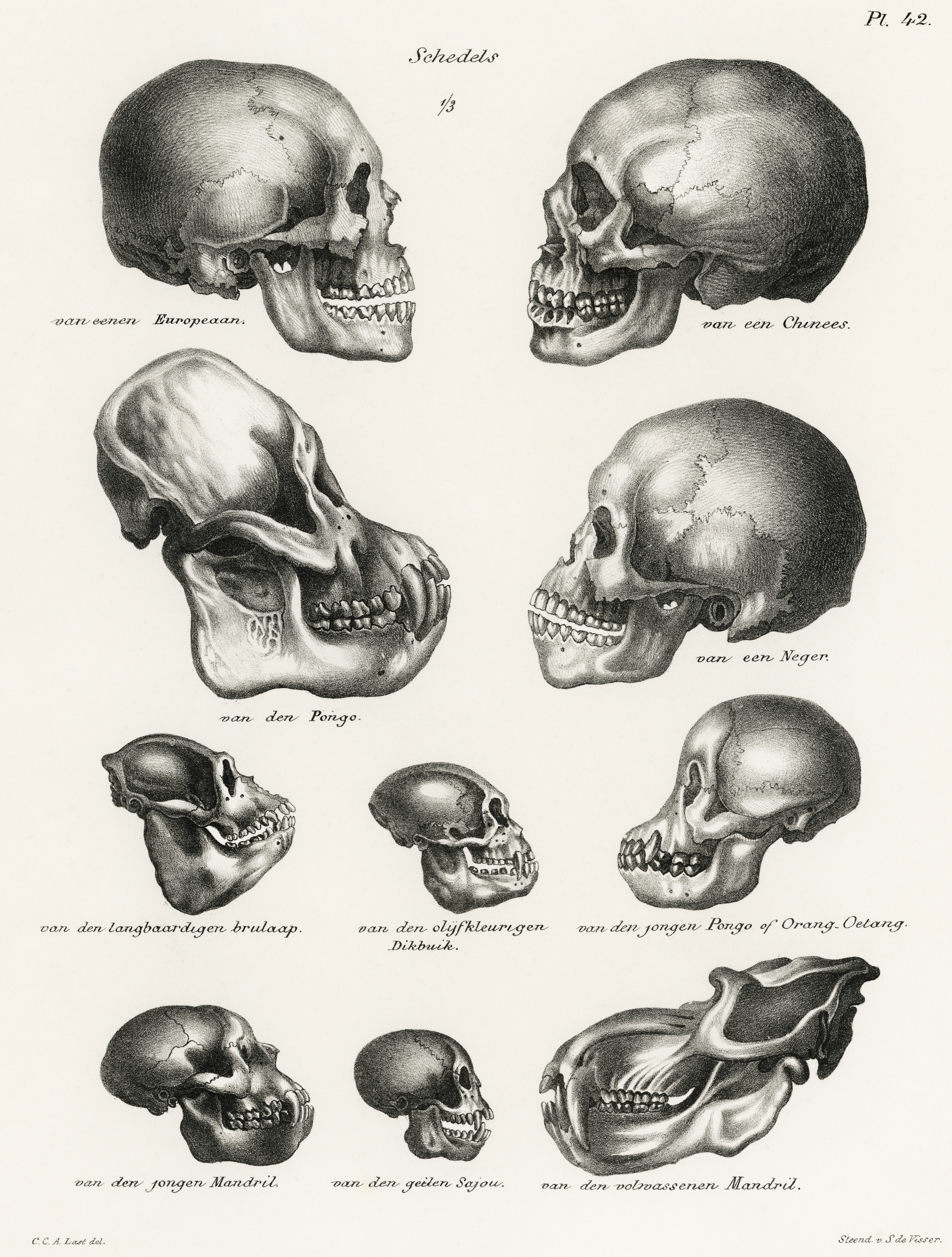 This activity deals with how the information in our genome can be used to gain insight into our biological history. The general idea is simple. There is genomic diversity amongst individuals and amongst populations. We know how this diversity is produced and maintained (mainly by mutation, but also through recombination, drift and natural selection). Our genome changes (or evolves) at a given pace. Therefore, if we know this pace and can measure the number of differences, we can recover the evolutionary process, including the time depth of some events. In other cases, it may be possible to reconstruct migrations or strong declines in population size (bottlenecks). In short, the idea is that it is possible to reconstruct the past given present variation. Of course, if we also knew the genetic composition of the past, it would be much more reliable, and in some cases that is now possible. This chapter will offer an overview of why genes explain history and how we can reconstruct the genetic (or demographic) history of human populations (or all human species) based on genomic diversity.

Although humans are extremely abundant, we are genetically quite similar to each other. Many of the species and subspecies of apes are much more diverse than we are. This is for a simple evolutionary reason: we are a young, recent species. Nowadays, many populations have been studied genetically, and we have a good understanding of the genetic variation amongst all extant populations. Some have surely been studied more in depth than others, but even for isolated, marginal populations, with very simple economies (including the few groups with hunter-gatherer economies), we have genetic data, sometimes in the form of an array of SNPs, other times as genome sequences. Also, studies of population history using uniparental markers are much more frequent and widespread, even though we now know that they explain only part of our ancestry.

Thus, the baseline is to have studied many populations and to have a good coverage of the genome (through an array of SNPs, for example). Many different statistical methods are then used to convert the genetic information into terms that can be read as population history. For example, principal component analysis (PCA) allows us to plot in two dimensions the maximum amount of information related to the similarities and differences amongst a set of populations or, more interestingly, set of individuals (which we would expect to cluster in populations).

The big picture is the origin of our species in Africa some 150,000 years ago and the expansion out of Africa into West Asia and, then, on the one hand to South and Southeast Asia and Australia and, on the other, to Europe. This was followed, at higher latitudes, by the Americas and the Pacific. Reconstructing population history in several special frameworks and timeframes is an entire field of research unto itself, one that is being enriched by the study of ancient remains.

There are plenty of possible readings, from popular science books to sophisticated research papers: Lyn Jorde published a short review in 2003 that can be found here.

A more up-to-date vision is given in the book Who We Are and How We Got Here by David Reich (Oxford University Press, 2018), which includes the information from the studies on ancient DNA. In this context, it is also worth considering direct-to-consumer ancestry tests. The following comparative analysis of the main companies offering this service is quite interesting in that regard.

National Geographic and IBM launched the Genographic project. A general overview of the project and how genes explain history. A very nice overview of the spread of humans across the globe (with a few dubious details).