Meet the Historians and Contributors 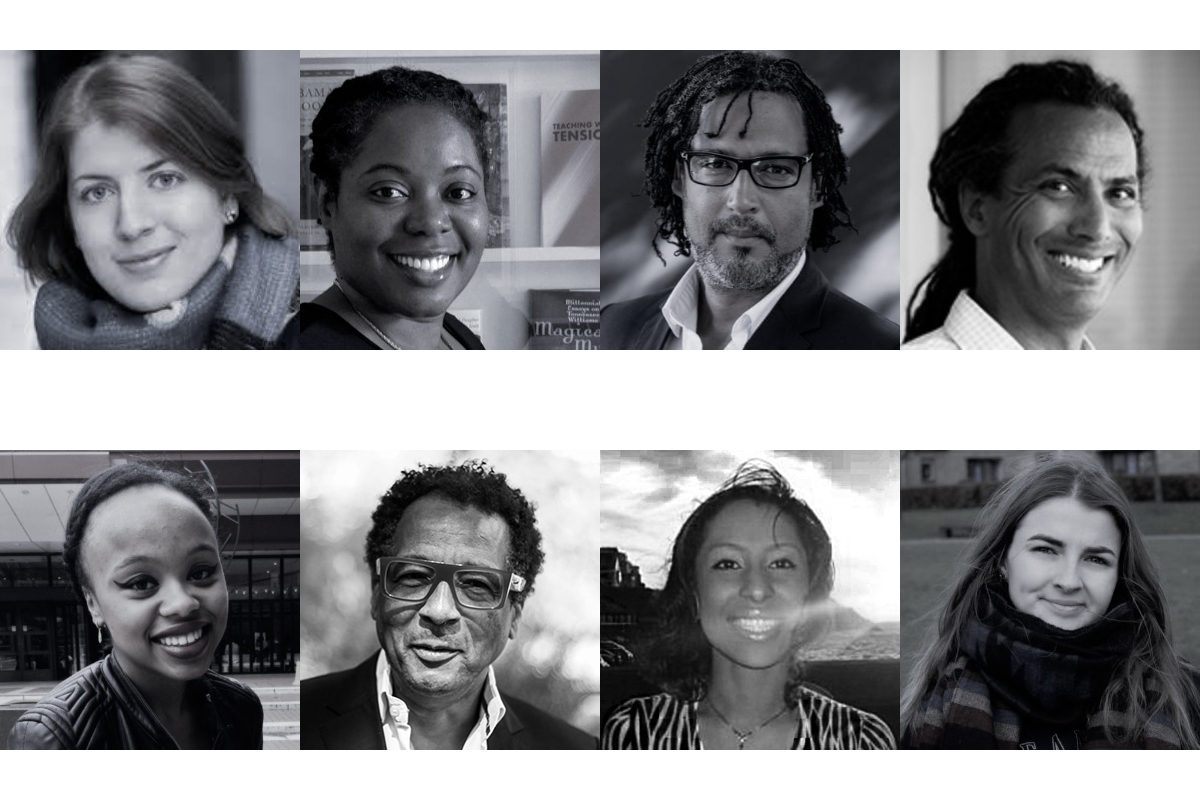 The Author and Contributor Team

This step introduces Dr. Miranda Kaufmann, historian and author of the book Black Tudors: The Untold Story. We also warmly welcome a team of expert contributor historians, scholars and narrators who you will meet in the following weeks.

I am a public historian interested in Black British History, particularly the lives of Africans in 16th-18th century Britain, colonial connections and the legacies of enslavement. I read History at Christ Church, Oxford, where I began researching Africans in Britain, 1500-1640 in 2004, completing my doctorate on the subject in 2011.

As a Senior Research Fellow at the Institute of Commonwealth Studies, part of the School of Advanced Study, University of London, I have been co-convening the What’s Happening in Black British History? workshop series with Michael Ohajuru since 2014. I am also an Honorary Fellow of the University of Liverpool and a Fellow of the Royal Historical Society, and the Royal Society of Arts. My first book, Black Tudors: The Untold Story (Oneworld, 2017) was shortlisted for the Wolfson History Prize and the Nayef Al-Rodhan Prize in 2018. I am currently working as Lead Historian on the Colonial Countryside project with the University of Leicester and the National Trust, collaborating with teachers on my Teaching Black Tudors project, and researching for my next book, Heiresses: the Caribbean Marriage Trade.

I am a British historian, writer, broadcaster, presenter and film-maker. Currently I am Professor of Public History at the University of Manchester. I regularly present historical documentaries on the BBC and have contributed to The One Show and The Guardian. Through my TV work and writing, I aim to make history inclusive, expansive and diverse, through work on many TV series such as Civilisations, Black and British: A Forgotten History, and most recently, A House through Time.

I am a Cultural Historian and Arts blogger who specialises in the Black African presence in Renaissance Europe. I regularly write on these matters and also speak on these themes at the Victoria & Albert Museum where my work is referenced, the British Library and other institutions. I am currently working with the Institute of Commonwealth Studies to run a series of workshops around the theme, ‘What’s Happening in Black British History?’

I am a PhD student, English teacher, Writer and Founder of Shakespeare, Race & Pedagogy. I am interested in researching cross-cultural encounters aiming to share, celebrate, and reinvigorate approaches to the teaching and study of Shakespeare’s plays. Before embarking on postgraduate research, I worked with Miranda Kaufmann on the ‘Teaching Black Tudors’ project, presented at the Schools History Project Conference at Leeds Trinity University in 2019.

I currently teach undergraduate and graduate courses in early African American, American, and Caribbean literature at the University of Alabama. Both my teaching and research focus on representations of black Africans in early Atlantic literature, emphasising the racial and cultural ideologies that helped shape English encounters with the early Americas. I am interested in investigating how these encounters helped shape the literature of the period. My publications include the book Black Africans in the British Imagination: English Narratives of the Early Atlantic World published in 2016.

I am a PhD student studying Digital Humanities at Lancaster University. My research concerns digitalising the lives of Black Tudors, Africans who came to and lived in England during the reigns of Tudor Monarchs. My PhD focuses on a study of Black Stuarts in early modern England. Throughout my undergraduate and postgraduate degrees, my interests have been in early modern society, transatlantic slavery and the development of racist thoughts and actions.

Exploring the varied perspectives of the contributing experts will help you to understand that there are a variety of interpretations of the evidence from different historians, and to appreciate how the topic of this course fits into the larger subject of Black History.

You’ll meet the historians again as they contribute to the Black Tudors weekly themes.

We are also delighted to feature the following actors who narrate the stories of the ten Black Tudors throughout the course. 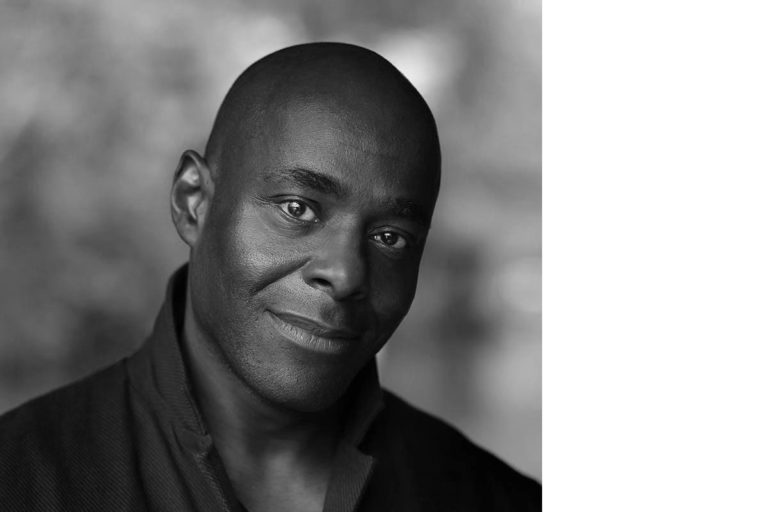 Paterson Joseph is an actor and writer. He has performed with all the UK’s premiere theatres including the RSC and the NT, as well as taking on numerous TV roles, most recently in the 2020 BBC adaptation of Noughts + Crosses, and Peep Show 2003-2015. In 2015, Sancho: An Act of Remembrance, a solo play written and performed by Joseph based on the life of Ignatius Sancho, was staged in Oxford and Birmingham, and toured in the US. The play text has been published by Oberon Modern Plays and Joseph recently contributed a chapter on Staging Sancho to Gretchen Gerzina’s Britain’s Black Past (Liverpool University Press, 2020). He is now writing a novel based on Sancho’s life. His recent article on Art UK The Outrageous Neglect of African Figures in Art History addresses key debates. 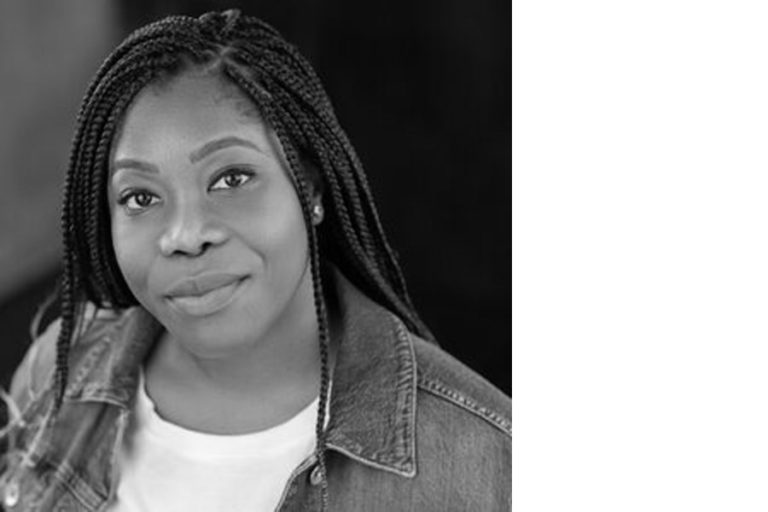 Honey Gabriel is an actor born in Nigeria and raised in South London. Honey graduated with a 2 Year Diploma from the Drama Studio London in 2019. She originally studied Economics at Loughborough University and also has experience in teaching and feature-writing.​