Explore the code used to collect the data from the previous step. 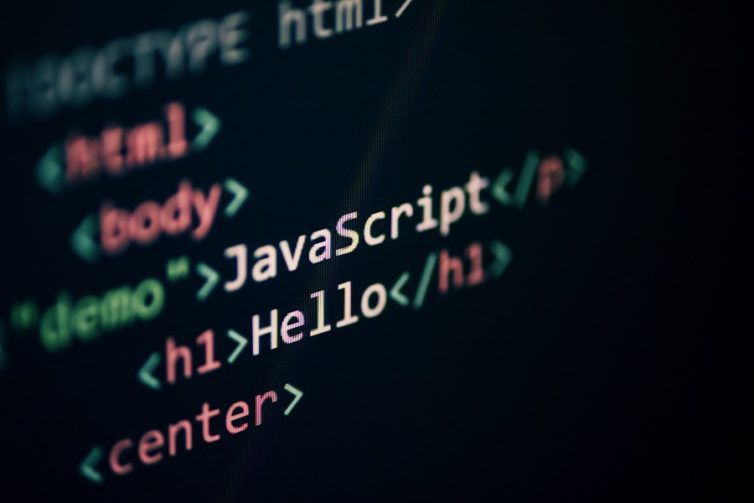 Let’s look closely at the code that was used to collect the data from the previous step.

Like the juggling video, I used the accelerometer that’s on the micro:bit to gather data from the physical world. I wanted to store the number of steps I was taking so I created a variable.

Variables are places to store information in a computer program. They can be different types – words or numbers which can be called strings and integers.

You can have lots of different variables so you’ll need to name them.

In my code below, I created a variable called steps to store the number of steps. It’s a good idea to give your variables sensible names. steps is the perfect name for this variable. I could have called it number of steps but I felt that was too long. In some programming languages there are strict rules about the names of variables.

In this sample program below I created the variable Number of steps in blocks, but when I switch to JavaScript: you’ll notice it is now called number_of_steps. This is because in JavaScript you cannot have spaces in variable names. MakeCode fixed this error for us by putting underscores in place of the spaces. Number of steps became Number_of_steps.

Here’s the algorithm for the program:

Using the algorithm as our guide, here’s the code in blocks: 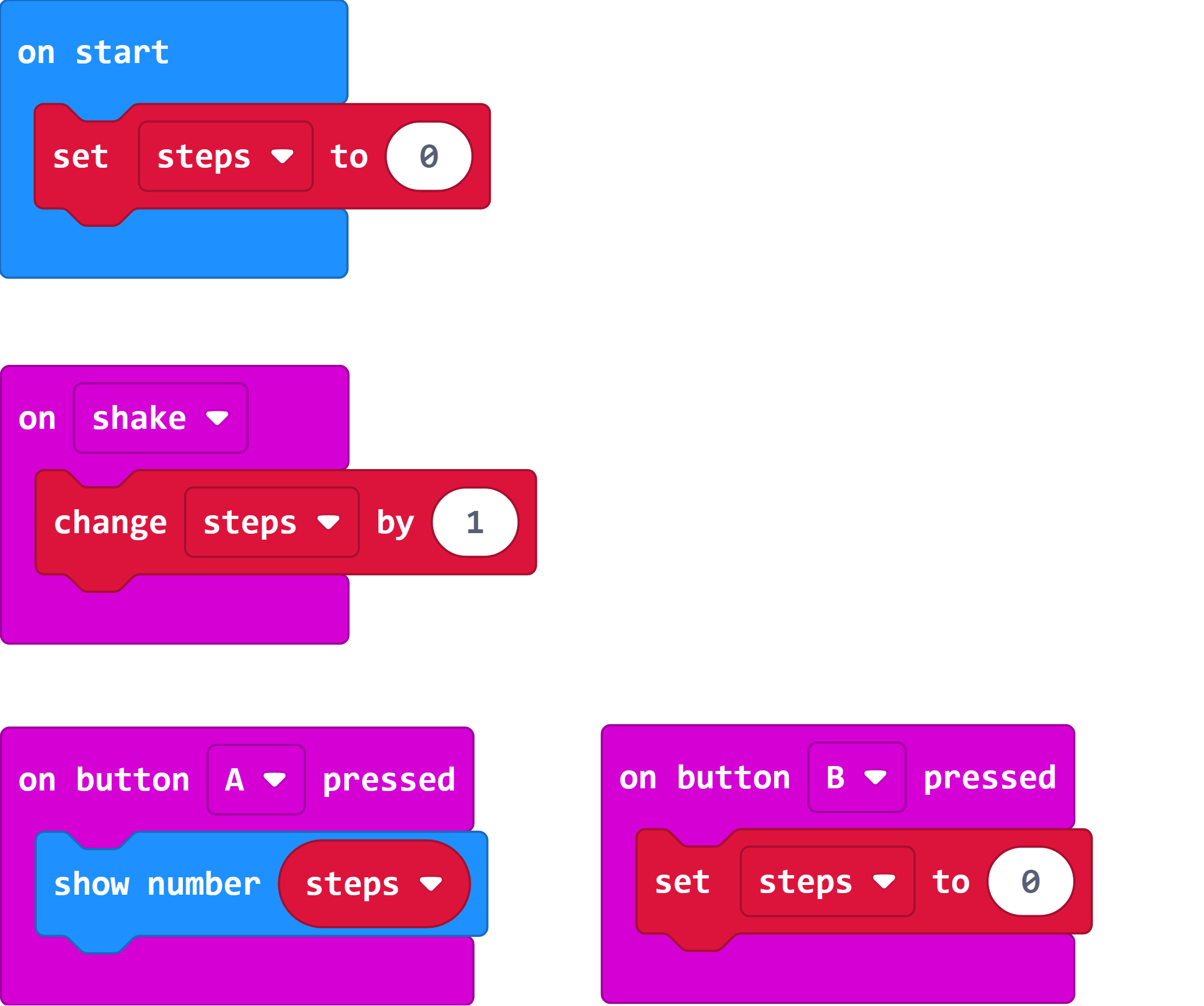 You could try recreating this code yourself or just have a look at it here: https://makecode.microbit.org/_4ju9DmHX42oV

I also set my variable steps to be 0 when the micro:bit starts. Steps will be 0 when it starts but it’s good programming practice to set up all your variables at the start of your program. Other programming languages require the variable to exist before you can change it.

When the micro:bit is shaken I change steps by 1 first, then show the number. This is an important sequence. If the micro:bit shows 0 after they have taken a step it will look like it’s not working.

When numbers go bigger than 9, the micro:bit screen scrolls them. This can be very slow to watch. For a more advanced program I used the grid of 25 LEDs to show me my progress. I wanted to reach a 100 steps so every time the micro:bit shakes I want to graph the number of steps out of 100. 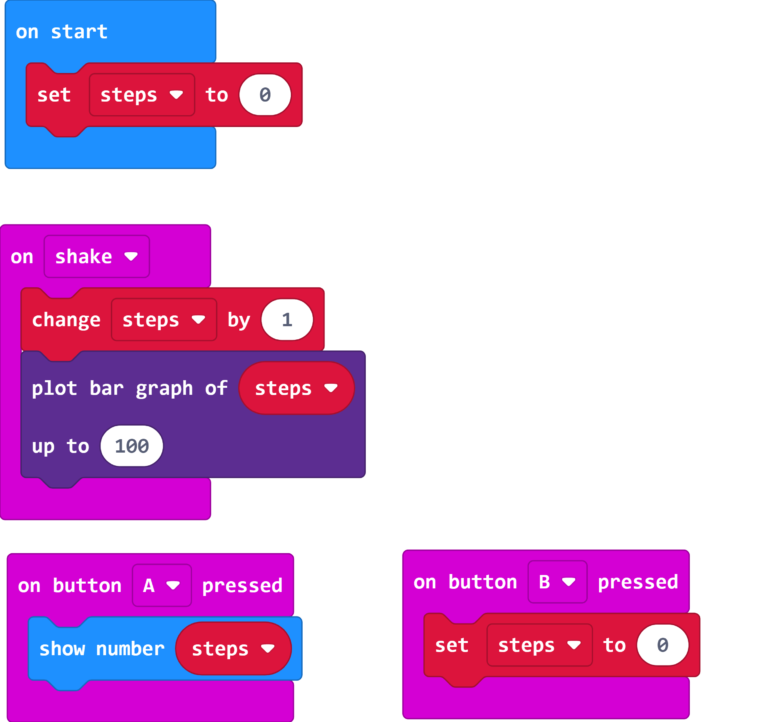 Link to the code for you to edit: https://makecode.microbit.org/_7EhJ1rAP53fc

Nothing happens when I get to 100! I’m going to use selection to check if steps is equal to a 100, celebrate then set steps back to 0.

I’ve also fixed the bug I spotted in the two previous programs by clearing the screen.

Why not have a go at this yourself before looking at the answer? https://makecode.microbit.org/_YegTuDXrtMm3