Find out more
Home / IT & Computer Science / AI & Robotics / Build a Physical Computing Prototype / What Can We Use to Display Data?

What Can We Use to Display Data?

You've gathered your data but what's the best method for displaying it? Let's explore some examples. 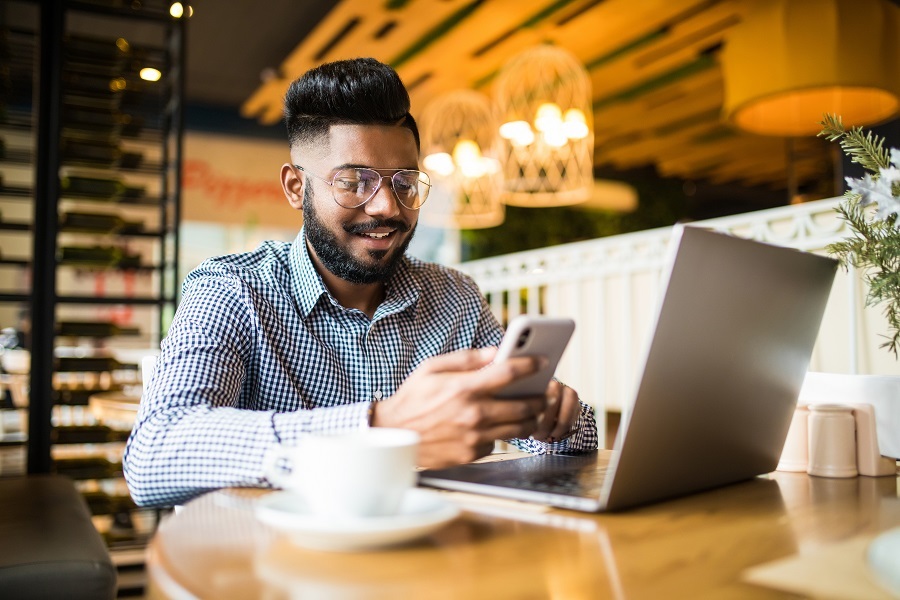 Continuing with the step counter code from the previous steps, how did we display the data that we had gathered? The micro:bit had converted the physical data of shaking into virtual data for us, but what did we do with that data?

In the first two programs, we displayed the number of steps by showing the variable steps on the micro:bit’s LED grid. The blocks program gave us a handy block called “show number” and we were able to drag the steps variable onto this block. We didn’t have to work out how to display the number 3 in a grid of 25 LEDs. The micro:bit did this for us.

In the final program, we displayed the number of steps out of 100 in a graph. We used the block “plot bar graph” and again dragged the step variable into this block.

Which method was your favourite way of displaying data?

There are pros and cons of both methods of displaying data. The scrolling numbers can be slow to watch. The graph isn’t very accurate as each LED represents 4 steps. At 3 steps it looked like we have taken 0 steps and so on.

Let’s look at other ways of representing data.

You can attach speakers to the micro:bit. Every step could be a beep sound. Or the final 100 steps could play a celebratory song. The speaker might drain the battery on the micro:bit and can also add more weight to the project. You don’t want too much extra weight when you’re out running!

You could add multi coloured lights to the micro:bit. They can all display red when you’re under 20 steps, orange when you’re over 50, and green when you reach 100. Or you could use a light strip as a meter. Each step makes a light turn on, like the graph but in a long single strip of lights.

Where would you put the lights? On your wrist? The micro:bit can power up to 8 multi coloured lights on its own. Lights are an even bigger battery drain than a speaker.

You could attach the micro:bit to a motor. The motor could move an arrow closer and closer to an end point. Or you could have a robot move forward every time you move forward? Motors are definitely not as mobile as sound or lights and again battery power is an issue.

However, the micro:bit does have a radio. It could send your step data to another micro:bit that then displays it using any or all of the methods above. Having the data displayed elsewhere cancels out a lot of the negatives. The second micro:bit isn’t carried by you so can be heavy and have extra power – it could be plugged into a laptop. There are still some issues with remote displays – how does the data get to its remote location? Will it reach? Is it secure? Can it be intercepted by another device? – Can you see or hear the other device when you’re running? Do you need to? Who is this data for? You or someone else to watch?

Once we have the physical data in virtual form, there is a lot we can do with it. This is my favourite part of physical computing. Putting the data back out into the world in an interesting format.

What would you use to represent the number of steps taken? You could multiple items from the list above.