Problems and solutions at scale

In this article learn about how the scale of the technology industry and its continued growth leads to many of the problems we face. 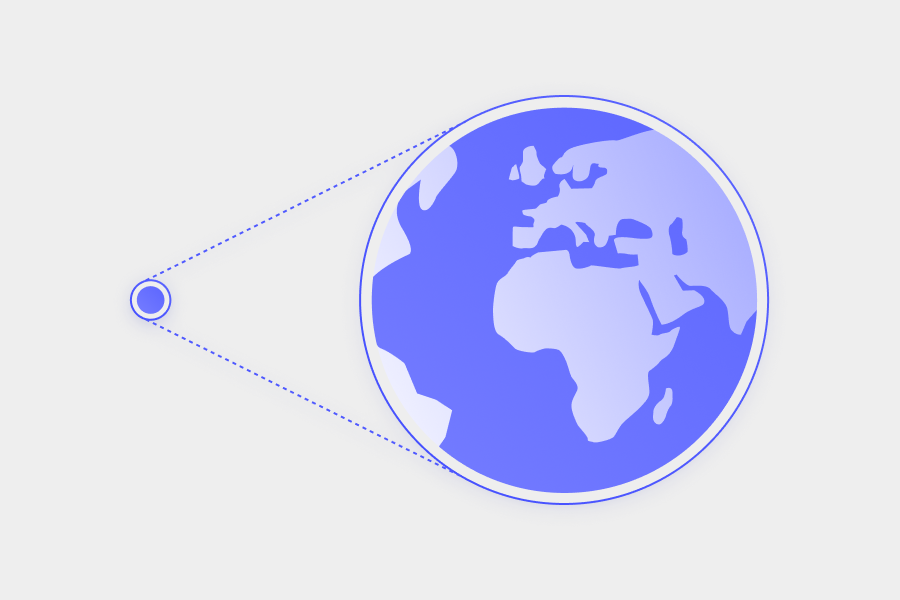 Sometimes it can be difficult to perceive the scale of the problems we face and the solutions we need to solve them. Our need for new technologies means that so many products are being made every year and this demand is making some people very wealthy as others are exploited, so how might we reconsider our approach?

As László Zsolnai highlights, some tech companies have a market value that is higher than that of the GDP of entire countries and, as we’ve discussed, they are “functioning ​​without much consideration for the planet, and this creates enormous environmental and social damage” (1). Apple, for example, is one of the most valuable companies in the world, fluctuating between the most or second most valuable company in the world, with a market value of an average of $2. trillion in 2022, more than quadruple its value 10 years ago (2). This is greater than the GDP of Italy, Brazil, Canada, Russia, Korea, Australia, Spain, Mexico, and Indonesia, to name just a few. In 2021 Apple’s CEO made a total of $98 million, from a combination of salary and stocks. As Jonathan Overpeck notes, sums of such value can be spent making a substantial difference in deforestation, rather than lining a billionaire’s pocket (3).

The question must be asked, as companies scale-up, and CEOs pocket enough money to solve humanitarian crises, shouldn’t companies that profit from the earth’s natural resources be morally obligated to redistribute their wealth in more substantial ways? If one of the biggest problems we face is the scale of the impacts of companies such as Apple, then the scale of their contributions needs to, at the very least, offset their impact.

Why do companies continually scale up?

Companies scale up to maintain their competitive advantage, which ensures their survival. The scale that Apple exists at, for example, allows it to produce premium products for a mass market. Its scale also allows it to produce these products at a cheaper rate than small tech companies, as they have the means to build proprietary machines that build their products, and own factories dedicated to their production line. But, the problem with our culture of mass-production, as we’ve touched on many times throughout the course, is the amount of waste it produces and the amount of emissions such industrial processes output.

Is there a solution to this problem of scale?

In an interview with Justin McGuirk, biodesigner Natsai Audrey Chieza of Faber Futures is asked about how her project Coelicolor, a sustainable dye technology produced from microbes, could exist at an industrial scale. In response, Natsai states that first and foremost simply replacing damaging industrial processes, such as the use of fossil fuels, with more sustainable processes quickly becomes unsustainable if we are undertaking such processes at a similar scale. She states that if we were to replace chemical dyeing processes with natural ones, such as her own, which require sugar to ferment the microbe dye, the scale at which we would have to produce sugar, and the amount of land this would require would have a huge carbon impact.

She goes on to discuss that we need to think of scaling up “in a smaller way, in a more distributed way, as opposed to something centralised”. Highlighting that “so far, we have had this mindset that there’s endless growth and that there are no planetary boundaries”. What we need to be focusing on now is to reconsider how we consume, and that on a fundamental level our throwaway culture, our need for something new, is entirely at odds with models of sustainability that prioritise real change. Seeking to maintain mass-scale production by embedding sustainable practices is just another form of greenwashing. We need to rethink our approach to economies, production, materials and waste from the ground up and work towards “a new social consensus” (4).

As we approach the end of the course and begin to think about applying the learning, it’s important to understand that for all the problems we’ve discussed there are a multitude of necessary solutions that need to exist at a multitude of scales. Activism can exist at a local or national level. We can build digital platforms that are for everyone or serve specific communities. Investments need to be made in small-scale organisations as well as big companies that are making a difference. We can take approaches such as ecofeminism and antiracism to be critical of governments, businesses and public figures. The solution isn’t that there is one solution, it’s that there’s an infinite number of solutions which can be generated from a variety of approaches.