From circular to redistributive

In this article learn about how circular economics needs to expanded to include concepts of redistributive economics. 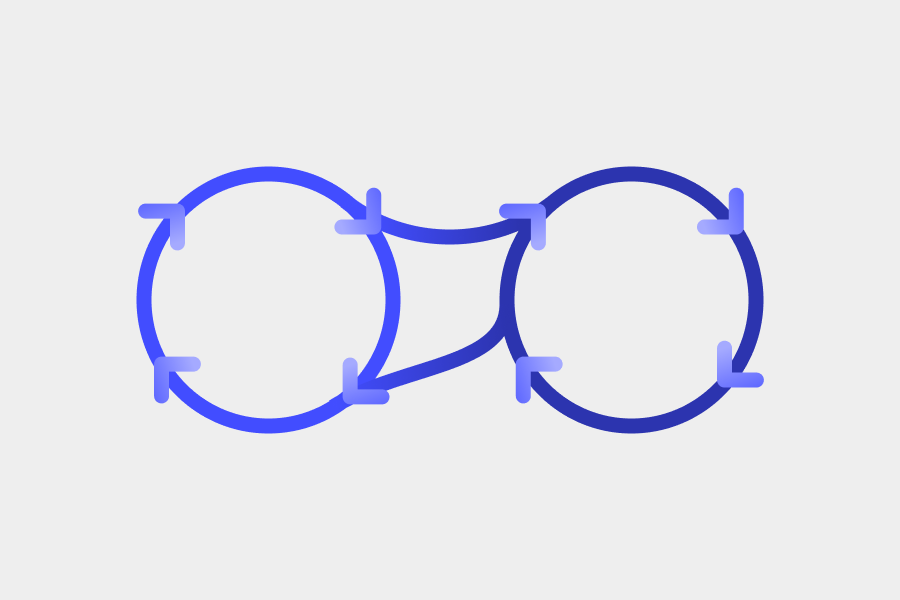 Circular economics presents us with a model for how we can build toward more sustainable futures, yet the concept has many critics who see it as an incomplete picture. Let’s take a deeper look.

In his research on the contested realities of circular economics Hervé Corvellec states that “in the past decade the ‘circular economy’ has established itself as an influential model for economic development” with its ambition to “create ‘circular’ material flows that break with the current ‘linear’ economic rationale of take, make and dispose”. Creating “waste-free technical loops that resemble biological loops [that] make waste disappear at the same time as being restorative and regenerative by design”.

He highlights that while there have been prominent definitions of circular economics, such as The Ellen MacArtuther foundations, there is no fixed proposal, with further research highlighting approximately 114 varying definitions (2). As Martin Calisto Friant states with much circular economic discourse being developed by those “in the government and private sectors, which have specific political and economic agendas” circular economic narratives can be used as a device for greenwashing. All of this leads to a muddying of the radical possibilities that underpin circular economics (3).

As Corvellec highlights, a primary criticism of circular economics is its approach to keeping waste and material streams in a form of perpetual motion. It relies on “an over-simplistic understanding of material flows”, which while modelled on biological systems, fails to account for the multitudes that biological systems exist within and the myriad ways they adapt and change. Equally, it views the environment as the primary resource base, and by focusing too much on waste and material streams curricular economic models tend to “overlook the social dimension of sustainability”, such as human skills, labour, social mobility and wealth. It also fails to deal with the problem of perpetual growth, scale and the impacts this has on people and the planet.

This is not to say that the circle is not an enticing metaphor, as Corvellec concludes. Circular economic thinking has immense potential but it needs to be interrogated. As circular economic discourses are so heavily focused on the redistribution of material resources they lack a critical approach to other problems generated by linear economies such as social and economic inequality.

To build upon some of the holes in circular economics, the inclusion of redistributive models allows us to directly address social and wealth inequalities.

Redistributive economics looks to take wealth and resources from the most prosperous areas of society and transfer that directly to the poorest areas of society to directly tackle poverty and inequality. As François Bourguignon notes the benefits of current economic models, which prioritise growth and profit, often fail to reach those in need. And as one of the criticisms of circular economics is that it fails to address continued growth, redistributive models operate as a way of counteracting this by sharing the wealth generated through economic prosperity (4).

A key component of redistributive economics is taxation and income transfers. This means more stringent taxes on the most wealthy individuals and corporations so that wealth can be fairly distributed, coming in the form of cash transfers and subsidies to poorer communities. While many developed countries already have benefits systems in place, the continued dominance of right-wing governments in places such as the UK, one of the most economically wealthy countries in the world, has seen the poorest 20% of households almost 10% worse off than they were 10 years ago (5). As Bourguignon states, redistributive economics argues that we need “a higher and more effective income tax in the upper part of the income scale” so that we can raise the necessary funds to support people.

However, transfers to poorer communities should not only consist of cash, as Bourguignon continues, they should also give people access to the ability to generate further income through education and training, as well as access to health care, credit, clean energy, transportation, and products and services. In a radically redistributive economy, we could see companies such as Apple, Microsoft and Google making their goods and services free or accessible to the most economically vulnerable in society, absorbing the costs of doing so as part of their business model.

Of course, models such as this face many political obstacles. Conservative and right-wing governments, whose political ideologies favour austerity, privatisation and hoarding of wealth, generally oppose such schemes. There’s no denying that these ideas are radically different to existing models but they present us with a framework for how things could be, but there is scope to adopt such processes on a smaller scale within communities and companies. Circular and redistributive economics working in tandem would see us move toward a society where the planet is prioritised, social inequality is greatly reduced and people’s access to goods and services would be fair and just, not just reserved for the wealthiest in society.

What are your thoughts on what’s been shared here, could you imagine some small-scale ways that these models could be adopted in your context? Share your ideas with other learners below.