What are we doing to our oceans? They're becoming warmer, polluted and more acidic. In this article, we'll summarise the biggest impacts from humans. 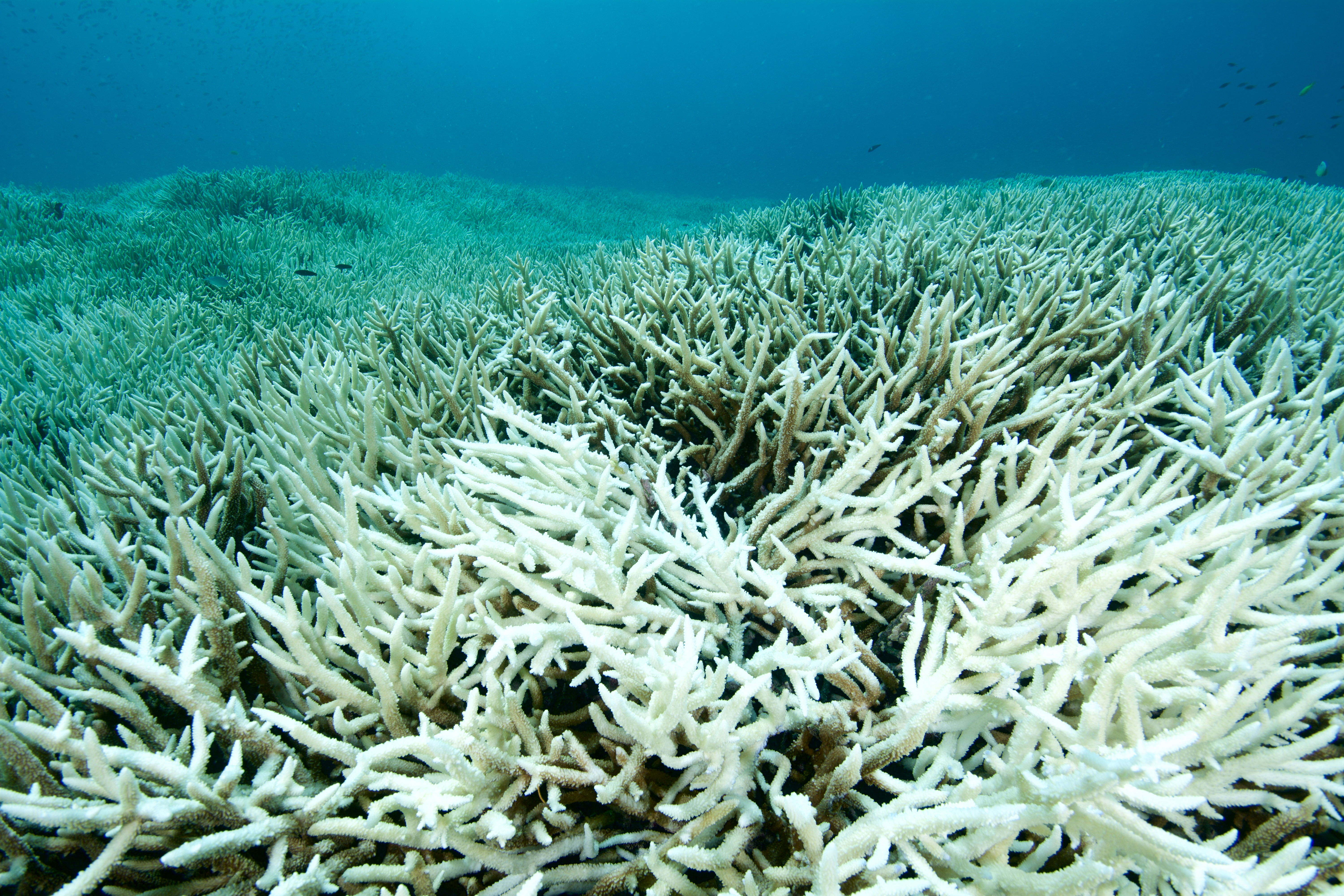 The ocean has helped slow the rate of global warming and other effects of climate change by absorbing both carbon dioxide and heat energy. Whilst the ocean has a vast capacity to absorb our pollution and waste, this is leading to a range of detrimental impacts.

Most of the extra heat being trapped by the thickening blanket of ‘greenhouse’ gases in the atmosphere is going into the oceans, warming them up from the top down. Due to their high capacity to retain heat, oceans have absorbed over 90% of Earth’s excess heat in recent decades, with most of this being absorbed by the top 700m. This heat energy is also leading to the thermal expansion of water and consequently contributing to sea-level rise.For coral reef environments, heat stress may lead to bleaching (whereby corals loose their colour as their photosynthetic symbiont is expelled, effectively leading to starvation). Following the 2016-17 El Niño event, over 90% of corals in the Northern section of the Great Barrier Reef bleached. This also affected reefs in the Maldives, south-east Asia, the Caribbean and the Pacific, as surface temperatures rose in the shallow waters where corals exist. While a single bleaching event doesn’t usually destroy a reef, the IPCC suggest that 2˚C of global warming will result in the loss of 99% of warm water corals by 2100 (we’re currently on track for over 2˚C of warming).

Pollution in our oceans 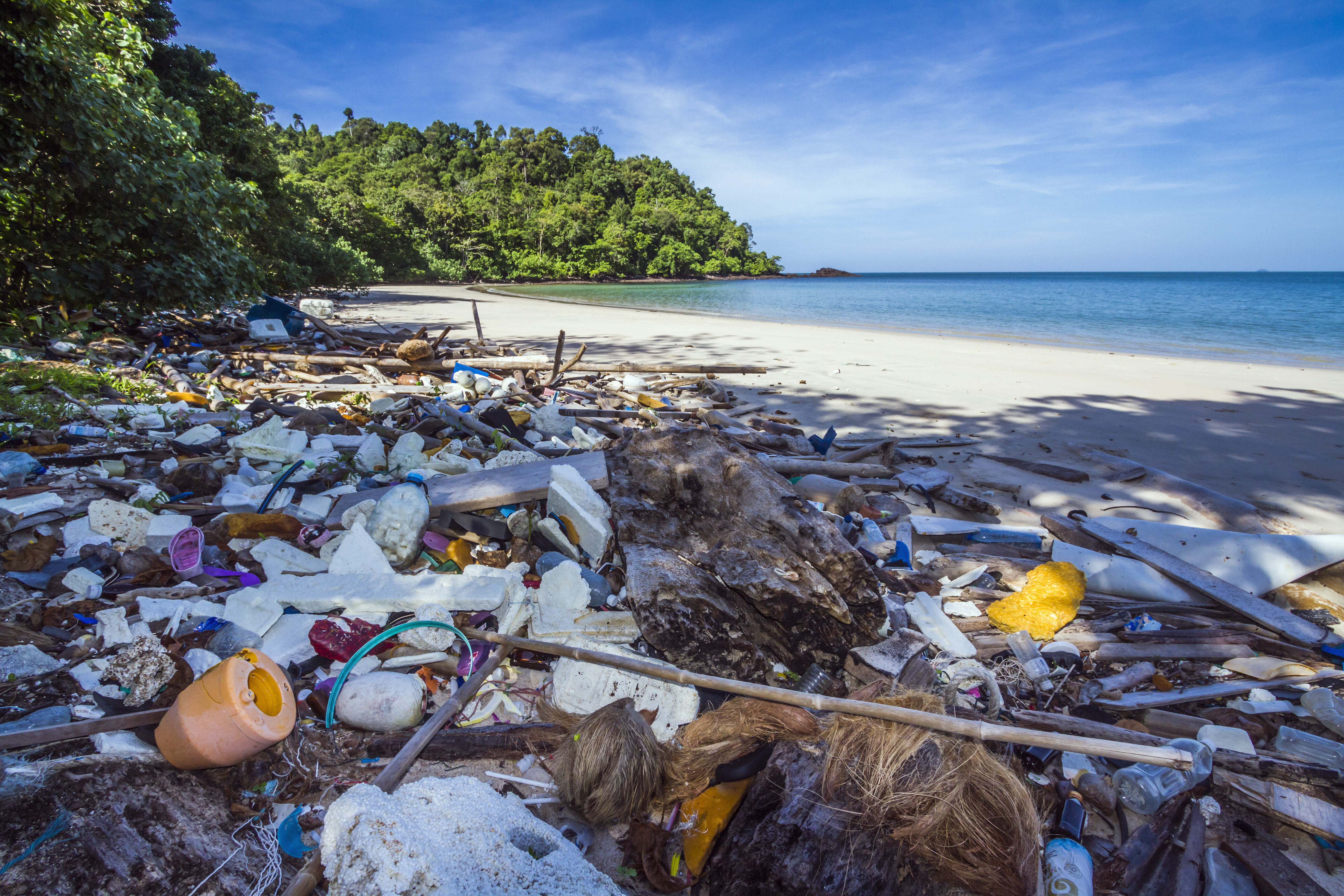 Whilst not strictly related to climate change, the impact that humans are having on the oceans is most visible in the pollution that now litters coastlines across the world. Even islands far from any continental land mass and untouched by humans have plastic bottles, bags and packaging littering the shores. Oil spills, such as the 2010 BP oil spill in the Gulf of Mexico, have severe impacts on ocean ecology. As exploration for more oil begins in the Arctic, we may soon be polluting every corner of the world.Plastic of all sizes is being consumed by marine organisms. In one study, 90% of sea birds had plastic in their stomachs. Research from the University of Exeter shows that plastic microbeads, which are found in everyday cosmetics, are being eaten by tiny marine animals – zooplankton – and entering the food chain. This plastic is found everywhere – there are no marine ecosystems that we have looked so far that haven’t contained plastic. 1 litre of Arctic sea-ice was found to contain 12,000 pieces of microplastic. These plastics can even be consumed by humans – a plate of six oysters can have around 50 plastic microbeads in.

Approximately one quarter of man-made carbon dioxide emissions are taken up by the oceans, with another quarter taken up by the land biosphere and the remaining half accumulating in the atmosphere. The ocean surface acts like a sponge by dissolving carbon dioxide from the atmosphere. As Ceri has shown, this is leading to ocean acidification and the lowering of the pH of the oceans from around 8.2 to 8.1 since pre-industrial times. While this might not sound like a lot, the pH scale is logarithmic, so this represents about a 30% increase in hydrogen ions. By 2100, ocean pH may be at levels not seen for more than 20 million years. This is why ocean acidification is often referred to as “the other CO2 problem”.At higher latitudes, where oceans cool and water sinks, this carbon dioxide sinks into the deep ocean. But it is the calcifying organisms in shallow waters that will feel the effects first. Coral reefs are particularly susceptible to very slight changes in ocean chemistry. The availability of carbonate ions in sea water is an important control on the distribution of coral species and may tip a reef into a declining state where algae takes over. This affects the whole coral reef ecosystem and may lead to the decline of fisheries – which has a knock-on effect for humans. Looking back in the past, oceans have been more acidic than now, but the rate of change was generally slow enough for organisms to adapt to the changes. In the rare occasions when past ocean acidification happened rapidly, it was associated with the mass extinction of marine calcifying organisms. The absorption of carbon dioxide into oceans today is at an unprecedented rate that many species may be unable to cope with.
© University of Exeter

Hi there! We hope you're enjoying our article: The ocean is a sponge!
This article is part of our course: Climate Change: The Science