In this article, we explore the variables and looping in Microsoft Power Platform.

Variables inflow are like having scratch paper or a whiteboard that you jot notes on when you know you need the info later.

Variables are initialised and then can be set, incremented, or decremented depending on their data type. They can be used in condition criteria, used to hold a value you plan to use later, for example in an update action, or other uses where you need to hold a value for later use. To use a variable, you must first initialise it. Search actions on “var” and you will see all of the variable actions. 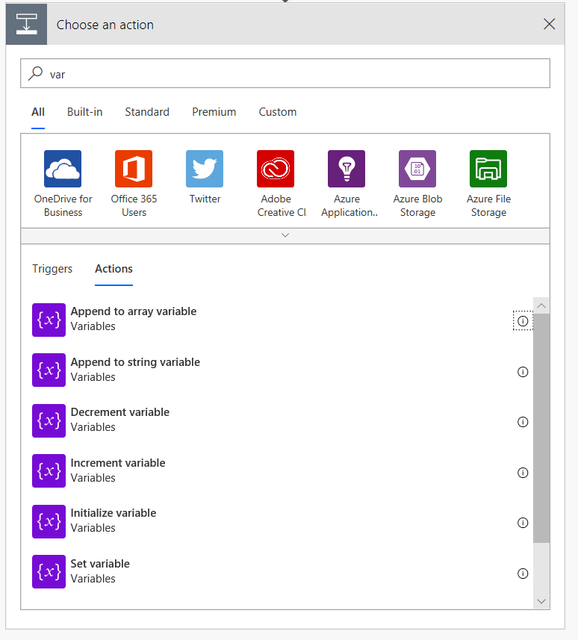 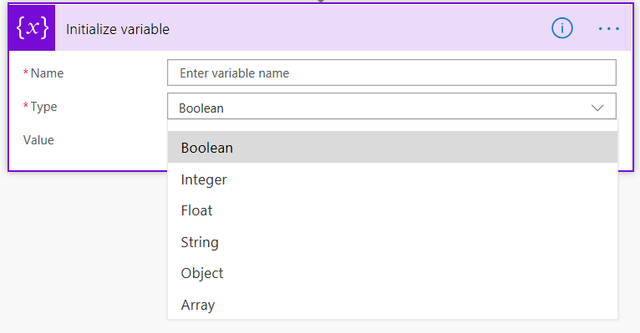 Once you have initialised a variable, when you choose any other variable action it will show up in the list of variables you can choose from in any other variable action. The list is filtered based on the type of variable so if you don’t see it listed it probably isn’t compatible with the action you are trying to use. The set variable action allows you to set a variable to a specific value. This can either be a static value like 1, or true, or “Contoso” or you can use the dynamic values panel to set it to a value from one of the prior actions.

Increment and decrement actions can be used to increase or decrease the value of the integer or float variable by the amount specified in the value on the action.

Append to strings and arrays also allow you to add the value you are working with to the end of the current value. For example, you might be building a list of emails and use append to string to build the list.

Variables can be used anytime later in the flow after they have been initialised. To use the variable, look for it in the dynamic content panel after you click into a field to set its value. The following is an example of using RecordCount in the condition action. Notice on the right the dynamic content panel shows a variables section with all the compatible variables. 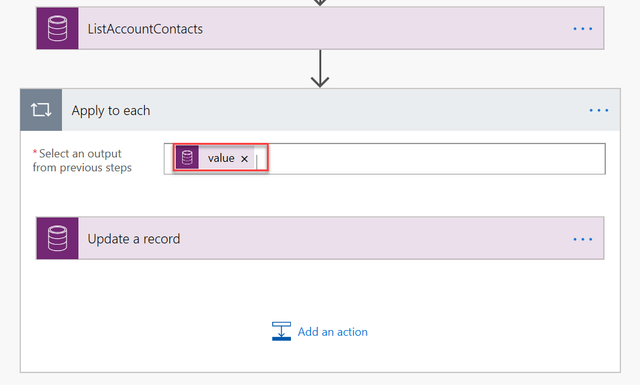 Apply for each action does not have any ability to filter and only process some of the items on the array. Generally, it is best to filter those at the data source query, e.g. List Record from the Common Data Service and reduce to only the items you need to process. You can also use the filter array action to reduce the array content in the flow process. For example, if you only wanted to process the contact records that were located in Seattle, you could use filter action to create that subset and then apply for each to only the subset by referencing the filtered action output. 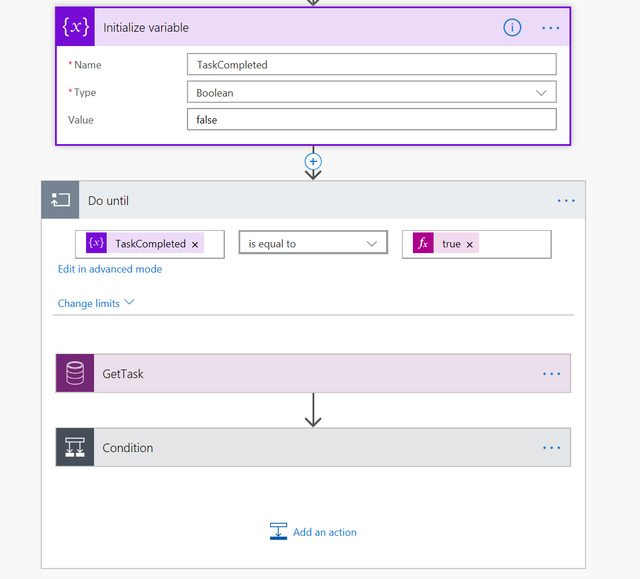