As with all economic systems, the law of supply and demand is the major driver of the marketplace; this concept can also be applied to ethical situations in the apparel product development and retailing industries.

Consumers who place a high value on conscientiously produced apparel and home furnishings create a certain level of demand for those goods.

If a sufficient number of consumers collectively demand such products, that demand creates a market that gives manufacturers and retailers the incentive to produce an appropriate level of supply. The demand enables producers to realize higher prices, which are typically commensurate with ethically produced goods.

Because increasing numbers of consumers are driven by a desire to exercise ethics in their choices, retailers and manufacturers must seek to understand their target markets, and appropriately incorporate CSR into their product development and promotional practices.

Individual consumers and consumer activist groups go to significant effort to enhance consumer knowledge, and often to sway attitudes and influence consumer decisions with pleas for ethical behavior. Some efforts are small-scale, such as campaigns that encourage support of local economies, and others are huge, complexly structured campaigns on national or global levels.

People for the Ethical Treatment of Animals (PETA)

People for the Ethical Treatment of Animals (PETA) is a high-profile animal rights organization; its mission statement declares that “animals are not ours to eat, wear, experiment on, or use for entertainment.” 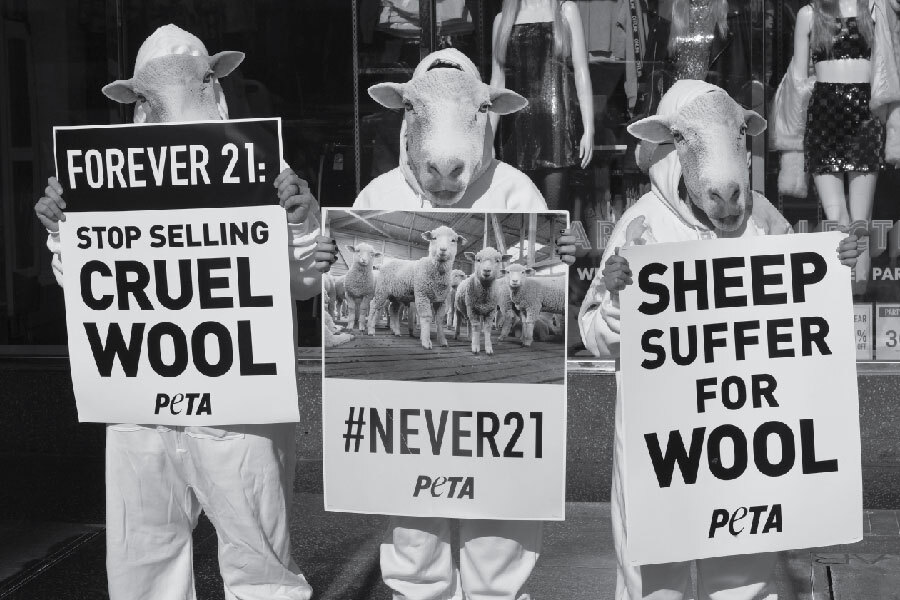 During the 2018 London Fashion Week, a group of female representatives from PETA wore only body paint on their torsos, spell- ing, “Wear your own skin” and chanting, “Animal skin is not a fashion; where the hell is your compassion?” This type of pressure has resulted in designers such as Donatella Versace, Giorgio Armani, and Michael Kors eliminating fur from their offerings.

What changes have we observed in the fashion industry based on the characteristics and behaviors associated with the various generational consumers?