Does whoever constructs the law also construct crime? In this article, Professor Maggie Wykes invites you to question what you know about crime. 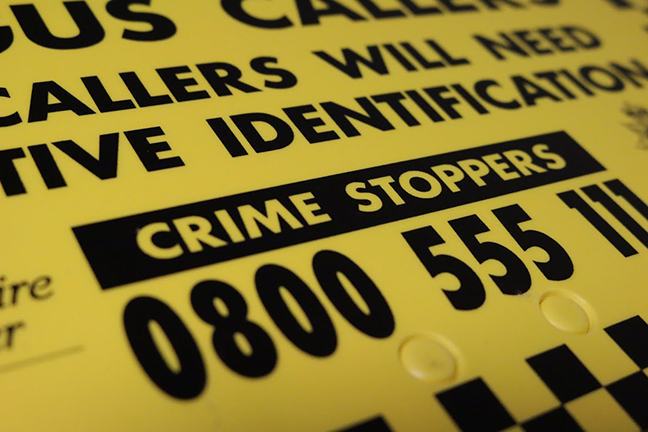 Early ideas about wrongdoing were either connected to religion or property. Sin, morality and blasphemy were the business of the church who took a key role in a social discipline which focused on biblical teaching, Judaeo-Christian morality and the sanctity of church property. Some early ecclesiastical records show that the church defended its property with rigour (there are many references to fines for those who vomited or urinated in churchyards). David Garland, a Professor of Sociology at New York University, has written a thorough account of the emergence of both ‘crimes’ and ‘criminology’. He argues that sin, villainy and roguery were largely explained by cosmologies, theologies, metaphysics and common sense (Garland 1997 (also 2002) in Maguire:21) until 18th-century thinking challenged these.Yet these ideas have never really gone away and we frequently see them echoed, particularly in news and popular culture. For example, in newspapers, extreme offenders are often dehumanised:Religious rules remain pivotal to the legal and criminal justice system in Christian countries. The church’s role in defining crime has been seen in many courthouses, particularly in the US, which have shown depictions of the ten commandments or that feature a sculpture of Moses bearing the ten commandments in the precinct outside. Globally, other faiths are also deeply influential on law and concepts of crime but often in different ways.There have always existed popular attitudes towards crime, amounting at times to an unwritten code distinct from the laws of the land. Certain crimes were outlawed by both codes: a wife or child murderer, for example, would be berated by a crowd on the way to be hanged. Highwaymen and pirates belonged to popular ballads, part heroic myth and part warning. But other crimes were actively tolerated by whole communities – coining, poaching, the evasion of taxes or excise or the press gang (forced conscription into the armed forces) (Thompson 1968: 64-66).Indeed, even today crime is a contested concept both within and across countries and cultures.Crime, as we know it today, was not really part of the vocabulary of pre-modern times and data about crime was barely collected until the nineteenth century. Some of the earliest data we have in the UK is now available online. The Proceedings of the Old Bailey 1674 – 1913 (a collaborative project by the Universities of Sheffield, Hertfordshire and the Open University) contains fully searchable records of the 197,745 criminal trials held at London’s central criminal court. This is a great resource and quite shocking in terms of the extreme levels of punishment meted out for ‘offences’ that are minor or no longer considered crimes today. In fact, punishment by death or transportation was so systematic it was called the ‘Bloody Code’.

View Course
During the 18th century there was evidence of a shift to social crime and increasing resistance to ‘laws and regulations made which protected the property of the rich from the inroads of the poor’ (Adam Smith cited in Emsley 1996:9), from both the public and educated reformers. This was because the crimes that were being punished were often crimes of poverty, like trespass and poaching.Cities were teeming with disease, crime and drunkenness. This alongside growing revolutionary fever and public disorder was a massive concern. The passing of the Gin Act in 1736 led to riots in 1743 as the government tried to curtail public lewdness and unruliness through taxation.Anxiety about the French Revolution in 1789 perhaps finally consolidated the law as determined by parliament as the means by which power and authority could be retained as long as it was perceived as just.At the beginning of the 19th century, social order became a crucial governmental policy and rafts of new Acts curtailed people’s behaviours to protect business and property. The failure of extreme but random punishment to control crime and disorder led to massive reforms and the beginnings of a criminal justice system that we could recognise today.

Hi there! We hope you're enjoying our article: The history of crime
This article is part of our course: Crime, Justice and Society