The problem with digital marketing

Mike Molesworth discusses the drawbacks and failings of digital marketing, and explains how it negatively impacts society. 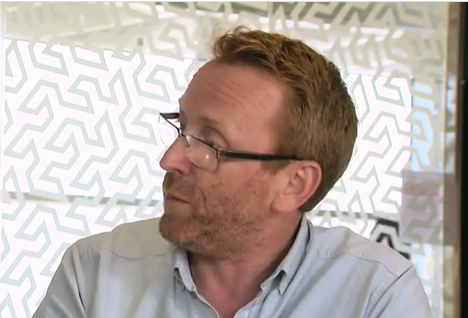 The discourse of digital marketing is awash with breathless hype, buzz and enthusiasm. There is always something ‘new’ and ‘awesome’ that marketers simply cannot afford not to ‘get on board with’. Marketers must ‘act now’, ‘learn this’, ‘take these 5 steps’ etc. Marketers are constantly encouraged to invest in the latest online platform unless they are to be ‘left behind’. I find much of the discourse here troubling in terms of marketing practice. It creates an environment that is unreflective and therefore at best risks being ineffective. At worst, it risks being unethical and even damaging to both consumers and the organisations involved.I think that, beyond the hype, there remains a need for a critical review of online marketing.

The main thing being sold to marketers is the idea of digital marketing as inevitable, unquestioned progress.This digital marketing is always new and better, just like the latest fashion, car, detergent or smartphone.It always promises the consumers of marketing tools ‘solutions’ to the apparently growing problems of ‘interacting’ with their customers, or ‘engaging’ their stakeholders.Usually the pitch is supported with some big numbers (‘everyone is doing it’), often confirmed with carefully chosen anecdotes of success (‘and here is someone that seemed to get it right’).

View Course
There doesn’t seem to be time to figure out if it actually works, or even what ‘works’ might mean in this environment.For example, consider Google’s ‘don’t be evil’ motto. What it actually seems to mean is that if Google do it, it’s for the common good, so can’t be evil, even if it amounts to possible monopolistic practices in search (Huffington Post, October 2012), or spying’ on consumers to sell advertising.It seems to mean that Google’s actions define what is good. Google is progress for both its users (who are actually its product, made ‘better’ as they co-construct more Google services) and for marketers (its customers).It’s not just Google though. The same could be said of Facebook who ‘helps you connect and share with the people in your life’, but actually has a complex system of advertising based on that data.Then there is Twitter who claim to help you to ‘get in-the-moment updates on the things that interest you’, but don’t explain how this activity is packaged and sold to advertisers.I now want to look at some examples of digital marketing ‘hype’ and what might also be going on.

Let’s take online advertising ‘banners’ as an historical example. Of course they work (why else would they still be around). They remain a core part of digital marketing for many.Yet when did you ever hear an ‘ordinary’ web user talk about banners? When did a friend ever ask you: ‘did you see that awesome banner for online poker the other day?’Banners are at the heart of digital marketing, yet outside online culture, their networks, processes and data collection systems are hidden from view. There is little consumer talk about banners.You might try a little exercise. Think of your favourite three or four TV advertisements (ads). Now think of a few magazine ads. Try to recall any radio ads you have heard. Now try to recall the best banner ads you have seen. Yet unlike traditional media those banners have tracked your web use and profiled you.Did you even know you can opt out of this process? We will return to the topic of online profiling and privacy in more detail in Week 3.Actually, when consumers aren’t blind to them, they find banners an irritant. When they are noticed, they detract from the online experience. And even their claimed success might be dubious.Did you ever click on a banner by mistake (and we could include mobile app ads here too)? Well, that got counted as a success by the marketing system behind them. Then there are the downright fraudulent clicks (did you know that there are whole networks of fake clicks?).In fact, the more you learn about how ad networks actually operate, the more you might suspect they are of low value. Yet marketers still use banners in their online campaigns.

A similar claim could be made of social media marketing. Does it really work?In projects I have done with small organisations, especially business-to-business companies (for example engineering companies, print designers, logistics companies), I am often asked for an impartial view on what exactly they should use social media for.I ask them who they think will produce content, what they will produce content about, and who might be most interested in consuming it?They often can’t think of who might produce content in their organisation (staff are already very busy) or what it might be about (important stuff is either already online, or confidential).And they identify that those most likely to ‘follow’ are those trying to sell them something, or competitors, not their clients and customers. Together we struggle to think of much value in committing people and time to produce content for this audience online.Lastly, against the hype of social media success, there is plenty to remind us about how badly wrong it can go when a company is ‘live and online’.Against the examples of social media marketing success, we might count the considerable indifference to branded groups on Facebook, etc, and the significant potential for hostility where organisations attempt to ‘stand out’.For example, you might think about the companies that you ‘follow’ on Twitter or the branded groups you have joined on Facebook. You might even ask yourself about the companies you have ‘liked’.Do you even remember those you liked? Does any of this activity really amount to loyalty or intention to purchase?

Big data is the next big thing (and is actually part of both banners and social media marketing).It assumes we can learn a lot about anything by looking at large datasets; and for marketers that apparently means knowing more about consumers and their behaviours.However, this is often in ignorance of any relationship between knowledge and the ability to persuade, let alone the problems of extracting meaningful relationships from such data.The assumption that lots of tiny fragments of purchase behaviour really adds up to ‘knowing’ someone may be dubious.Again, as we shall see later in the course, a sales person who seems to know too much about me even though we have never met is more likely to freak me out than engender trust and commitment.

A curious apparent contradiction with ’interactive media’ is that rather than allow interaction between companies and consumers (and even between friends), it seems to prevent or limit it.It actually distances people and organisations, even as it promises to bring them together, and it hides that distancing with big numbers. For example, Facebook is, apparently, really interactive because everyone on it has hundreds of friends to connect with, including commercial organisations.We might want to celebrate the ability to contact companies via social media, but does interaction via the limited space of Twitter, or Facebook really mean that a company is listening to us (or we are listening to each other)?Quite apart from companies’ reluctance to engage with critical tweets (they might prefer these were not public), Customer Support departments can often illustrate just how difficult it is to call and talk to someone at a company, let alone see them face-to-faceSo social media transparency, and even apparent activism, might really illustrate the limited options available to interact, complain and protest.If you watch a great movie (think Schindler’s list, or Shawshank Redemption) or read a great novel (think 1984 or Catch 22), the experience may change you, or at least stay with you long after (and these are meant to be passive old media).The ‘wisdom of crowds’ on the other hand gives us funny cat videos and potato salad.We even know this is passive, for example, think of the recent viral YouTube video ‘Look Up’, ironically shared millions of times via antisocial media.

So what have I argued here?Lots of use of digital media doesn’t necessarily represent success or progress and that may be even truer of digital marketing because of the large industry that is marketing digital marketing to marketers.For commercial online platforms to work (and that’s most of them and includes Facebook, Twitter, YouTube and Google), the trick is to get users to turn themselves into ‘products’ that marketers are willing to pay for, and to hide that process from view behind the hype of progress and interactivity.From that position, we might have good reason to adopt a critical stance towards digital marketing.We may even have reason to believe that the growth in the use of digital media causes more damage to society than good – and more harm to marketing itself than opportunity.At the very least, we might keep an open mind about the opportunities and threats, advantages and disadvantages of becoming digital.Transparency, activism, consumer information might be good things for consumers, yet privacy issues and profiling, exploited labour and restrictive user licenses may be bad even as marketing attempts to reverse those positions in its propaganda.
© University of Southampton 2016

Hi there! We hope you're enjoying our article: The problem with digital marketing
This article is part of our course: Digital Marketing: Challenges and Insights