Read about the theory of sentence structure in this article.
© University of Southern Queensland

It is essential to understand the theory behind what will be taught in Step 3 to truly understand and apply the writing techniques.

To understand how to create effective sentence structures, you will first need to look at the definitions and roles of the subject, verb, and object.

For example: “Indika ran towards William.”

In this, “Indika” is the subject, “ran” is the verb, and “William” is the object.

Practise identifying the subject, verb, and object in the example sentences below (some sentences may not have an object). The answers are attached in the “Downloads” section at the end of this step. 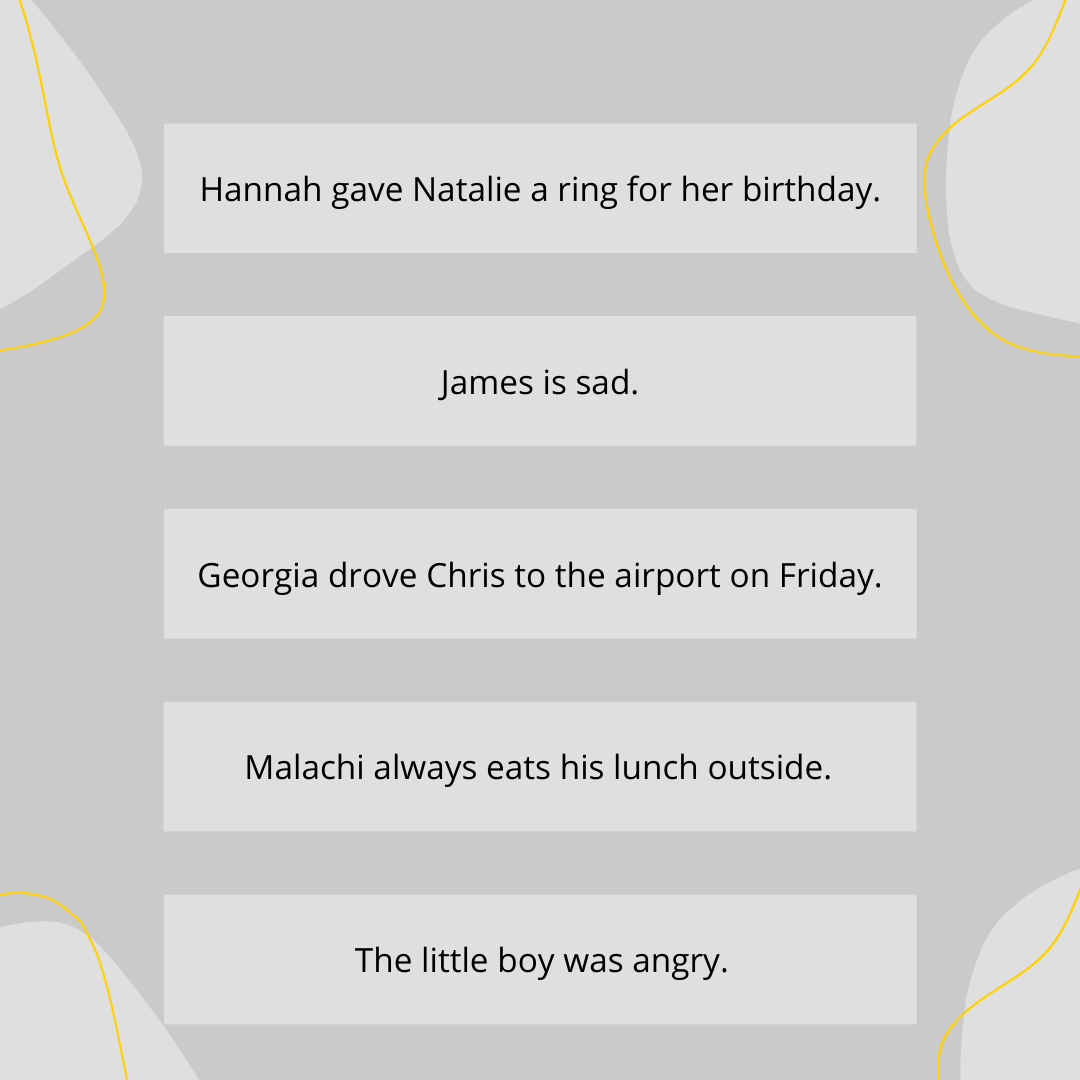 In English, sentences will most commonly follow the structure of subject-verb-object (SVO). This means that the sentence should almost always start with the subject, with the verb coming second, and the object third. If you look again at the example sentences, you will see this SVO structure.

Knowing how to identify subjects, verbs, and objects is extremely important when we come to the grammar section, because you need to know what job a word is doing in the sentence in order to make it grammatically correct.

Another fundamental step in understanding sentence structure is to know the difference between independent clauses and dependent clauses. As their names suggest, they can either be dependent on another sentence to make sense, or they can stand alone.

For example, “Shane eats a lot of ice cream.”

This sentence is an independent sentence because it makes sense on its own, and most importantly, it has a subject. That is what makes a sentence a complete sentence. Without a subject, we get what is called a sentence fragment.

A dependent clause does not have a subject and cannot stand alone.

For example, “Casey was in love with her new dress, which was bright red.”

The “which was bright red” is a dependent clause because it does not make sense on its own, and it does not have a subject.

Look at the sentences below and identify whether they are independent or dependent. The answers are also in the “Downloads” section at the end of this step. 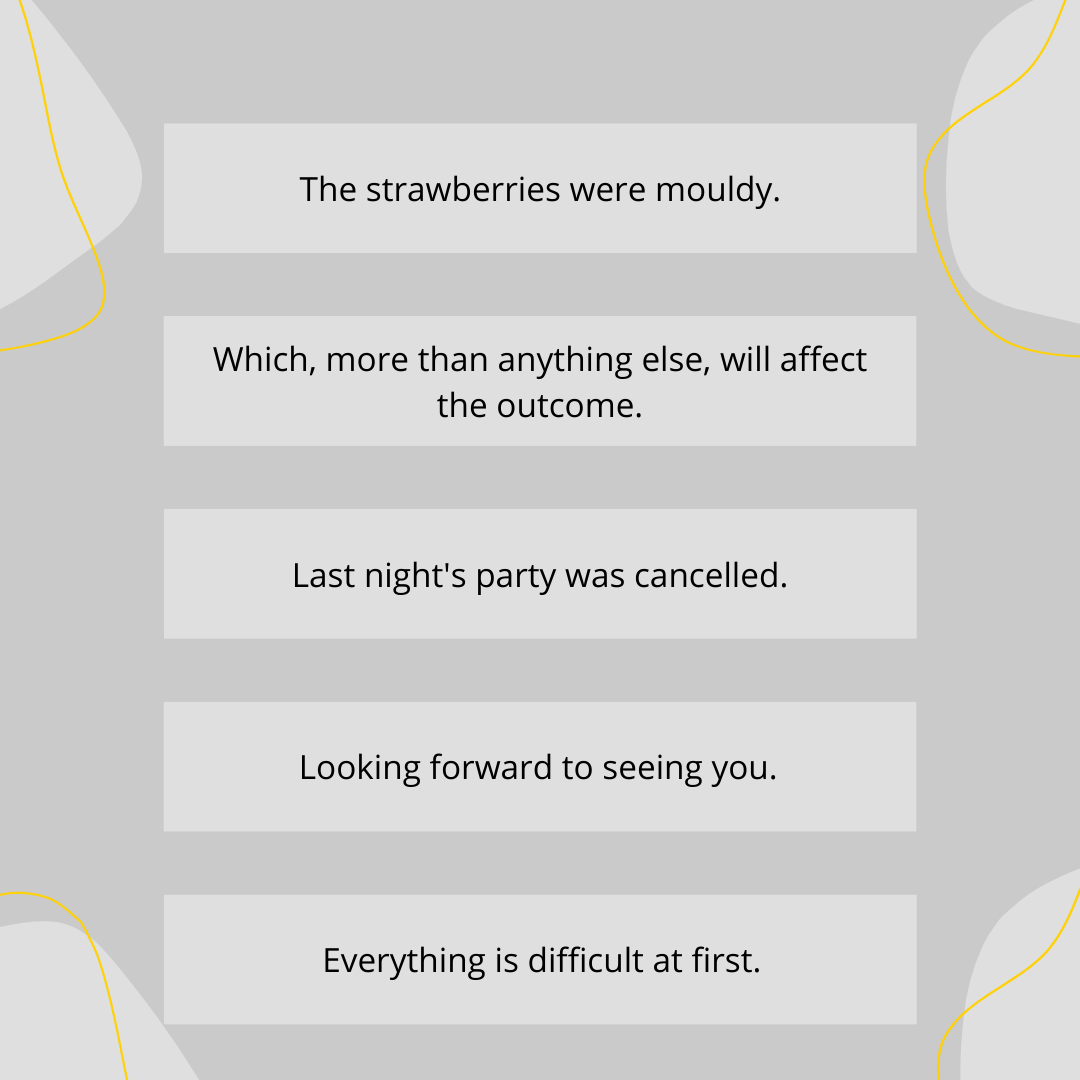 In the next step you will cover the different types of sentences. You will need your knowledge of subjects, verbs, objects, independent clauses, and dependent clauses—so keep them in mind.