Read about subject-verb agreement in this article.
© University of Southern Queensland

Subject-verb agreement means that the subject and the verb agree with one another in number. The subject and its verb must be either both singular or both plural.

For example, with the singular subject of “dog”, use singular verbs like “has”, “was”, or “is”. When this is plural (dogs), use the plural version of the verbs just listed: “have”, “were”, or “are”. 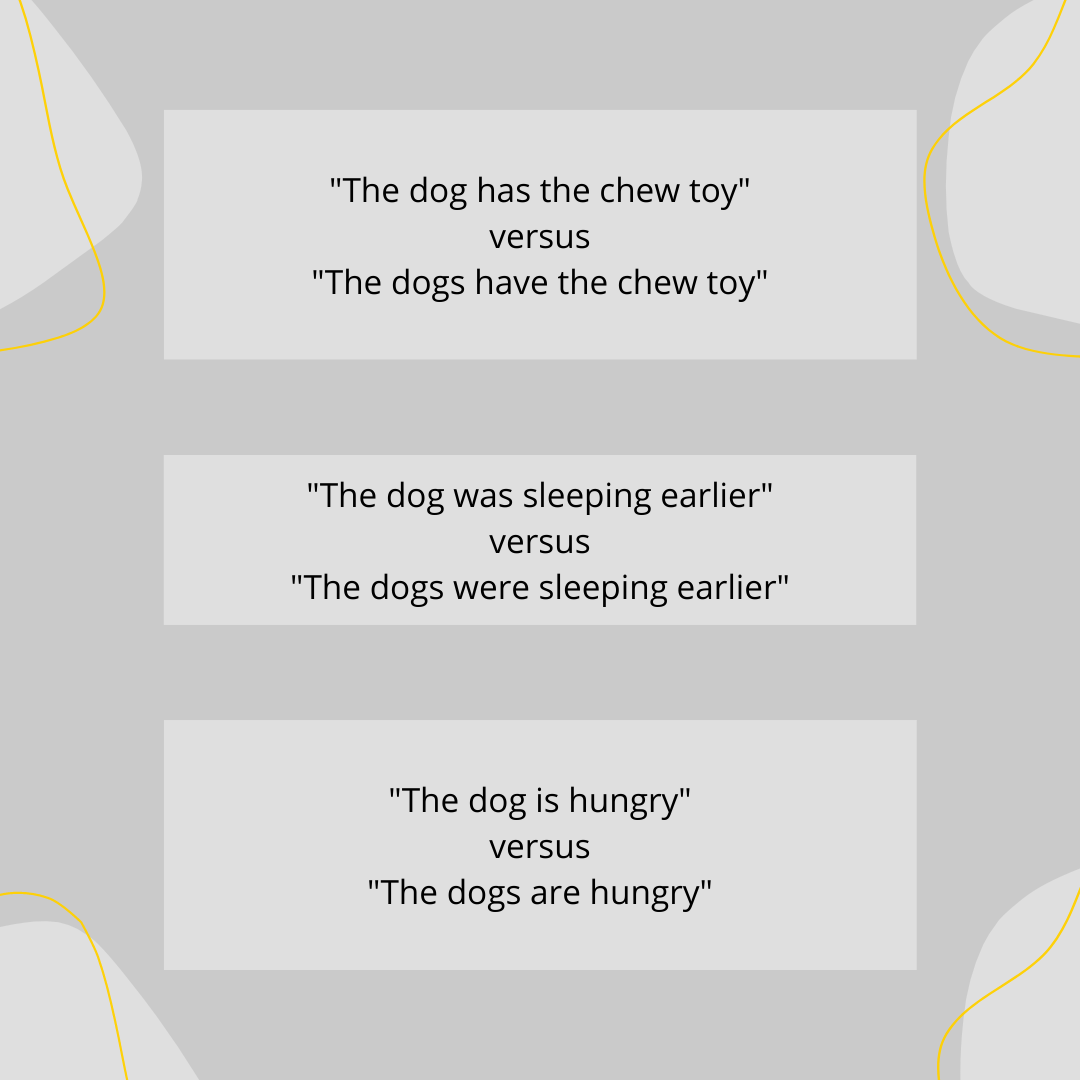 Another example is when the subject is a collective noun. Some examples of collective nouns include team, staff, group, army, and audience. While these words describe more than one person, they are still singular nouns because they collectively refer to the group of people. Therefore, the subject-verb agreement would be “the staff was excited”, “the group is eating lunch next door”, and “the audience is laughing”.

Also note: data is a plural noun. This means data needs to be written with plural verbs. For example: “the data show a decrease”. There is often subject-verb disagreement when this particular noun is used.

Another important consideration is to treat two or more nouns as plural. For example, when you have a sentence that says “Jayden, Sarah, and Annie have all said they are coming to the meeting”, you treat “Jayden, Sarah, Annie” as a plural rather than individuals, which means they have the plural verb (in this case, “have”).

Each of the below examples has a subject-verb disagreement—see if you can find and fix it.

Hint: identify what the subject and the verb are and see if they match. If you are having trouble identifying what the verb is, try stripping away the excess words and finding the main clause.

The answers are in the “Downloads” section at the bottom of the step.