Read about the proper usage of the em dahs, en dahs, and hyphen in this article.
© University of Southern Queensland

There is a misconception that the hyphen is used for everything because it is the only dash on the keyboard; however, the em dash, en dash, and hyphen all have different jobs.

The em dash is very versatile and can act like a comma or conjunction. It is most commonly used for non-restrictive clauses, which as discussed in the which versus that conversation, are clauses that can be removed without interfering with the meaning of the sentence. People mistakenly use a hyphen for this, as the em dash has to be inserted using the symbol function in Word.

Examples of when we should use the em dash include: 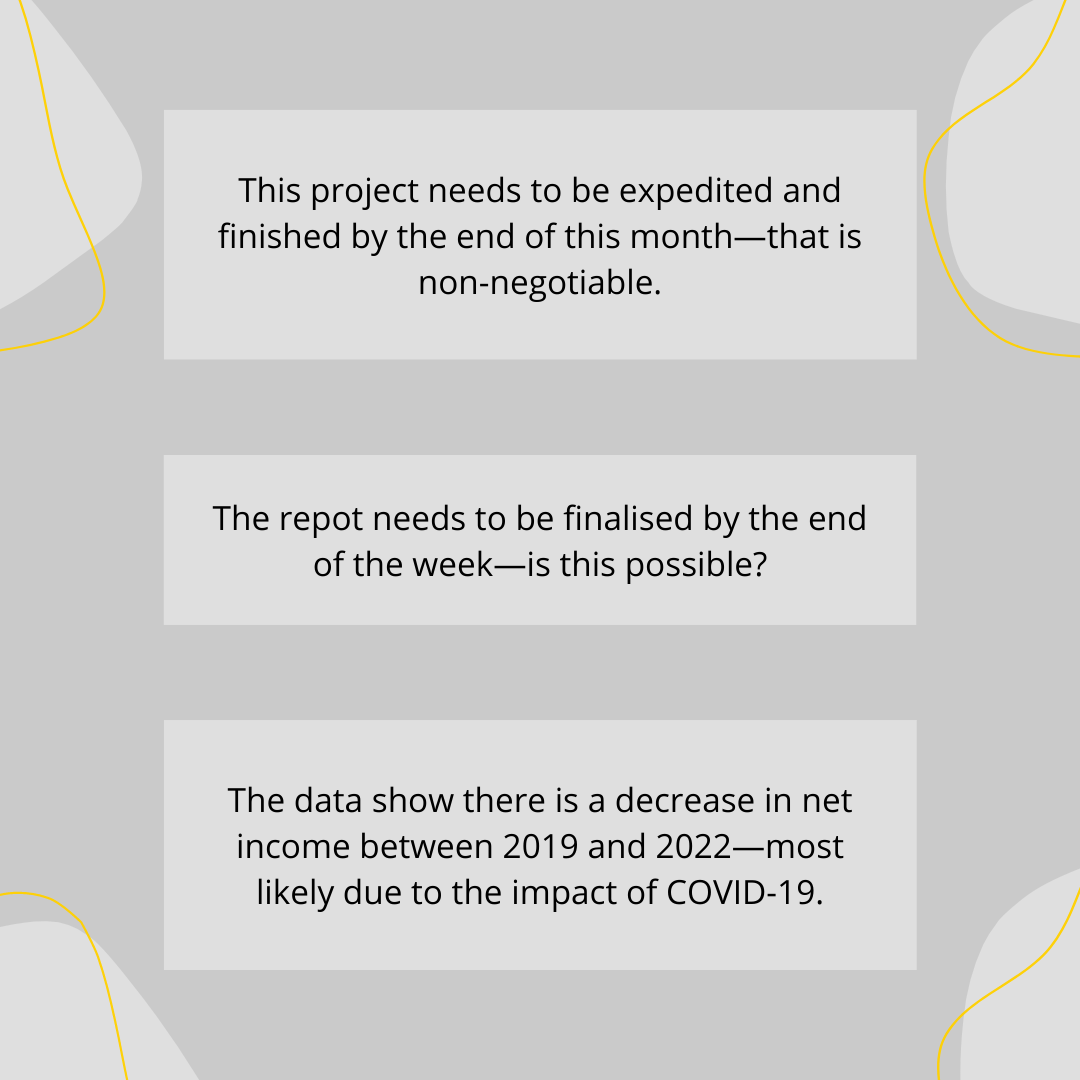 In the examples above, some of the non-restrictive clauses are independent sentences, so you may be wondering why an em dash is used instead of making it its own sentence. These can be separated; however, it is simply the writer’s choice. When an em dash is used like that, it is usually to keep the two independent sentences in the same thought and maintain flow. In the third example, the em dash is functioning as a comma or conjunction, as it is a dependent clause.

The em dash can also be used in the middle of sentences to offset a non-restrictive clause. For example, “The project plan—which is now out of date—did not include the two August projects.” In this sentence, commas could also be used: “The project plan, which is now out of date, did not include the two August projects”. When commas are used, it is called a comma pair. Both are correct, and it is the writer’s preference.

The en dash’s job is to signify the “to” when writing ranges, mostly in numbers and dates. For example, “The study included people aged between 24–36.” Or when writing dates, “The project will be the priority June 30–July 31.” Like the em dash, it also needs to be inserted using the symbol function in Word.

The usage of a hyphen is a lot less common than thought. It is only used to join words, often compound adjectives or hyphenated words like son-in-law. It is not interchangeable with the en dash or em dash.

Examples of correct hyphen usage include: 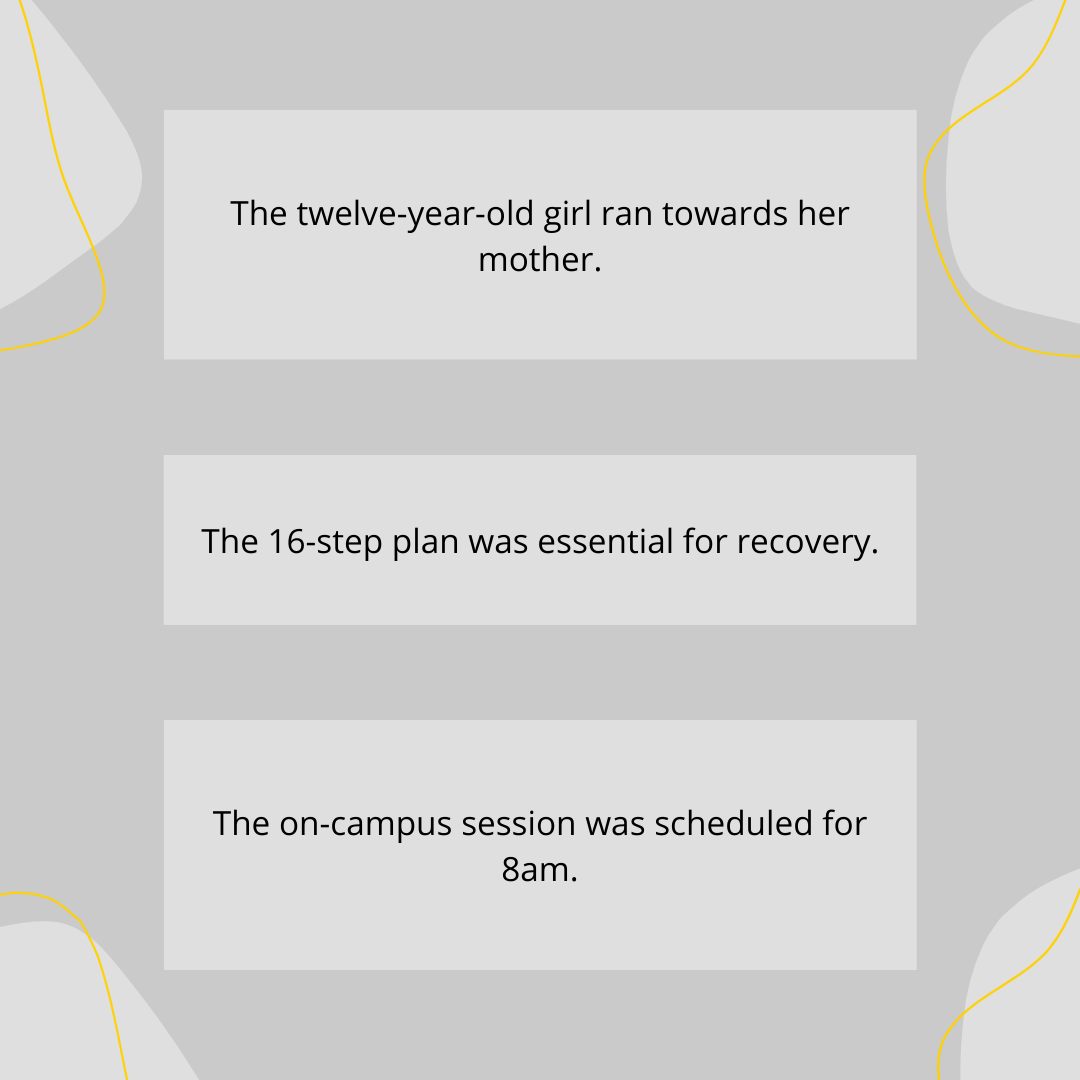 The main purpose of the hyphen is to “glue” words together to show the reader the words are linked. This avoids ambiguity and creates descriptors. In the first example, twelve year old is hyphenated because it is one description for “girl”, whereas, if it had been flipped to write “the girl, who was twelve years old, ran towards her mother”, there is no need for hyphenation because it is no longer a descriptor but additional information.

The same goes for the descriptors of “16-step” and “on-campus”. If we flipped the last example to be “the session was scheduled for 8am on campus”, the “on campus” changes from being a descriptor to the object of the sentence, and therefore, does not need a hyphen. 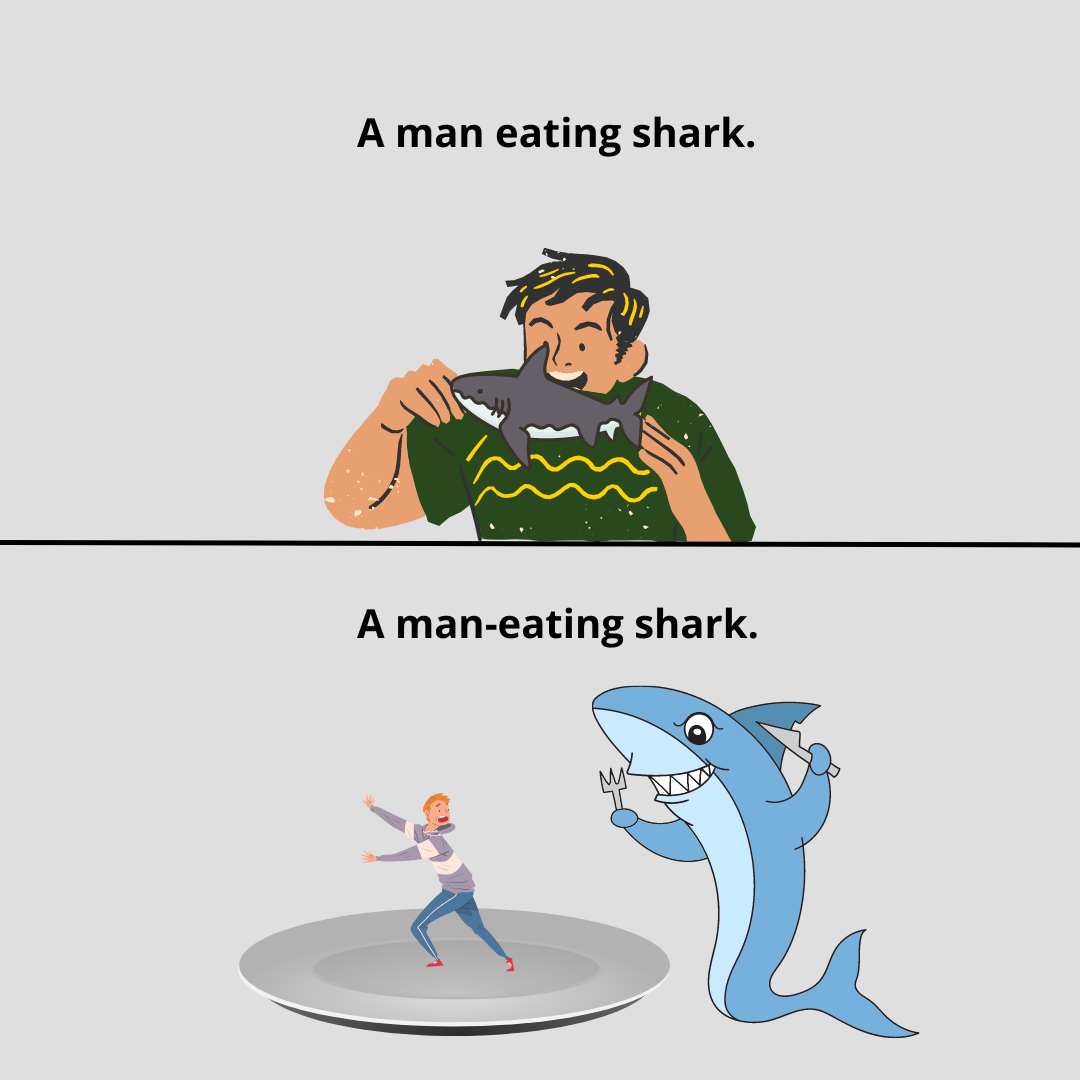