Read about the different uses of the comma, colon, and semi-colon in this article.
© University of Southern Queensland

The comma indicates breaks in the sentences and has the most uses of all the punctuation marks, including:

Most of these uses have been discussed, except for the final two.

The Oxford or serial comma

This is the most contentious of punctuation marks (yes, there is hot debate about a comma). The Oxford or serial comma is the one that comes before the last “and” in a list. For example, “the project needs a budget, timeline, and marketing plan to proceed.”

While not necessary in many cases, it can be of great use. Take the following example: 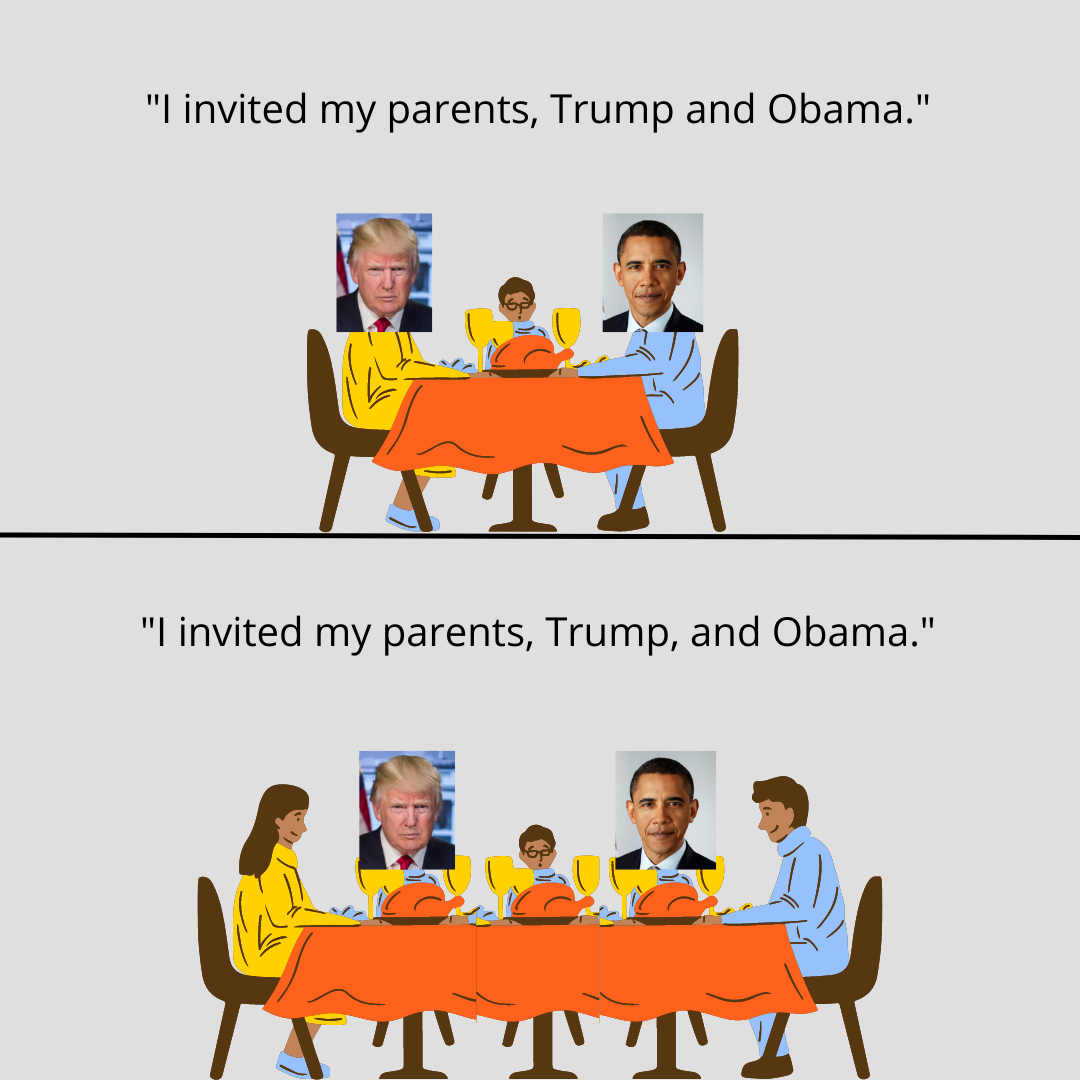 Do you see how without the Oxford comma, it appeared that Obama and Elvis were the writer’s parents?

Of course it is not common to come across examples like this and logic will prevail, but you will come across more ambiguous examples where a comma would have added clarity. Some writers prefer to always use the Oxford comma, because while you may be controversial, you’ll never be wrong.

This has the same function as a comma pair, but it is separate on the list because there is a specific example that is important to mention, and that is when you are writing about someone with their job title or descriptor before or after their name.

For example: “The CEO, Chase Herrman, was a very strategic leader.”

The comma pair is necessary here because “The CEO” is already the subject, so “Chase Herrman” is additional information that could be removed without changing the meaning of the sentence.

However, there is a point to be careful on. If we look at the sentence “The musician Jack Harlow has recently shot to fame”, we see there is no comma pair. This is because the name is essential to the meaning of the sentence, and if we removed “Jack Harlow”, the sentence would lose context.

Another point of common misconception is the difference between a colon (:) and a semi-colon (;).

While the difference is slight, it is easiest to think of the colon as the introducer and the semi-colon as the joiner. The colon is usually used to introduce a list, question, or explanation and is often known as the “announcement mark”. One important distinction is that it must have an independent clause before it.

Here are some examples of correct usage of a colon: 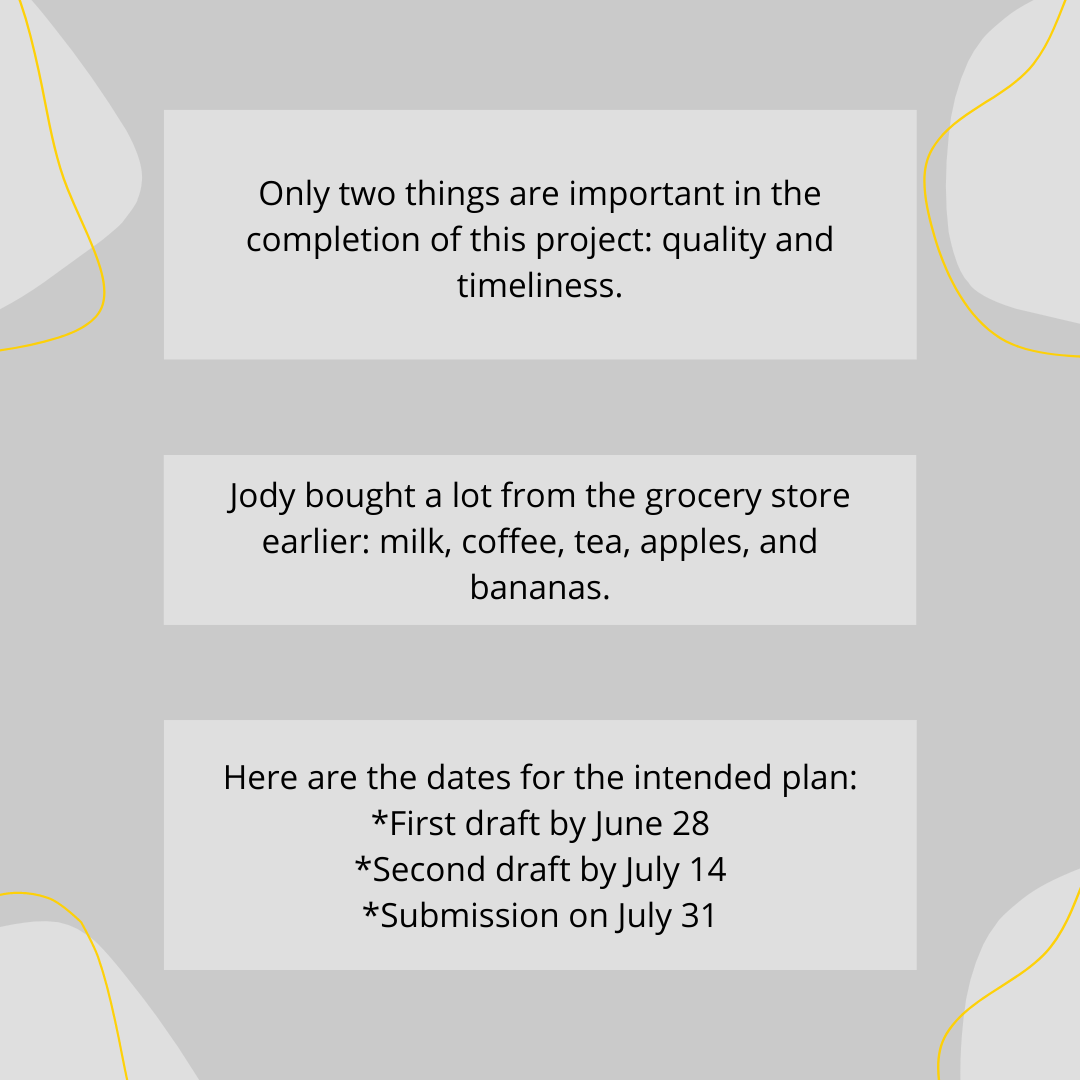 In each of these examples, the colon has been used to introduce something, and each one has an independent sentence before the colon. 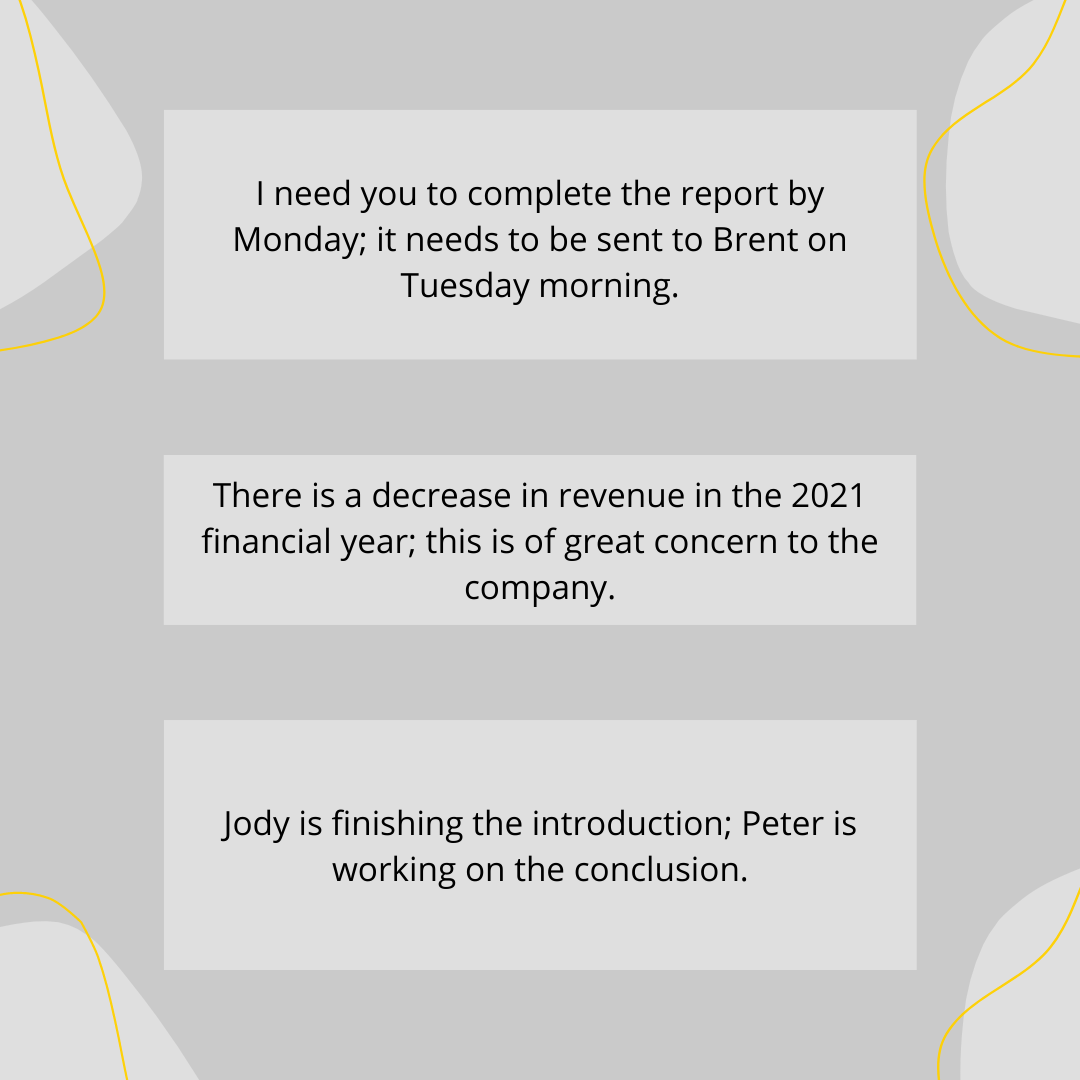 The second use for a semi-colon is in a list that has other internal punctuations.

As you can see, the main clause is “To complete this project, we will need to submit the proposal, the budget, and the marketing brief.” Semi-colons are used in the sentence as a breaker because each subject in the list had a comma. If commas had been used to break up the list instead, it would be too long and convoluted to read. The semi-colon provides that reprieve.

Semi-colons are often used by default, but they are only needed in those instances where there are other commas or em-dashes. Otherwise, the humble comma will suffice.