Read about the correct usage of apostrophes in this article.
© University of Southern Queensland

The apostrophe has two main jobs: to create contractions and to signify possession. To focus the discussion on apostrophes, only the common mistakes will be discussed.

There are often questions about whether to add the extra ‘s’ on a noun like “Jess”, and the answer is this:

The below table from Roslyn Petelin’s book How writing works is a great reference for possessive apostrophes. 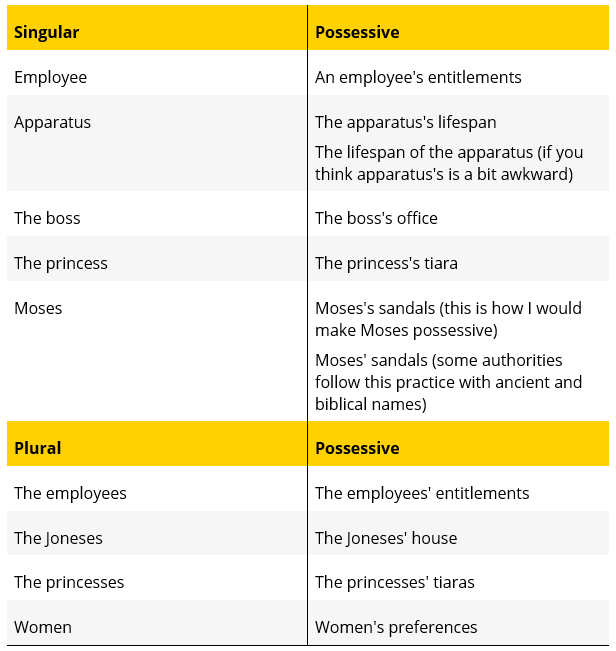 A common misuse of the apostrophe in professional writing is found when referring to qualifications.

Here is how you should write them:

Another mistake is the unnecessary use of apostrophes on decades and abbreviations. For example, it is incorrect to write “In the 1980’s, there was an increase in businesses hiring external CEO’s.”

In this example, the 1980s aren’t owning anything in the sentence and neither are the CEOs. It would be different if it were “the 1980’s movie culture…” or “the CEO’s coffee…”. When writing these, make sure to ask, “what is it owning?”. If the answer is nothing, forget the apostrophe.