Different approaches to emergencies and disasters

If you wished to investigate both the hazards that exist in a country, and also the opportunities that exist for human and economic development, you could take more than one approach.One avenue you could take would be to study the natural environment.Taking this approach you would study the geography of the environment with particular attention made to its variability. Of particular interest would be how this variation could affect opportunities for human and economic development and, importantly, how potential associated hazards could effect human activities in these areas.Certain locations could offer opportunities for a wide range of activities such as agricultural usage, mineral resources, energy sources or sites for potential construction. However, different environments will also include a range of associated natural hazards that could potentially adversely affect these activities. These could include, a high risk of flooding, potential for drought or even volcanic eruption.Through this approach you would discover both potential opportunities located in a region alongside risks that would be associated with exploiting them.

Another approach would be to study the political, economic and social systems at the national level, and also internationally. Within a country, you would investigate the social system and the power relations amongst those constituents of that society.

View Course
In any particular country, and its communities, you would be particularly interested in different groups identifiable by different characteristics and the power relations between them.In particular, you would be interested in understanding how the social structure, political system, and social processes influenced the livelihoods, well-being, and life chances of individuals in these different groups and, more specifically, how these factors may determine unequal access to both the opportunities that exist in a particular society, and also the unequal exposure to hazards.By taking this approach you would ascertain differences in access to resources that may potentially lead or even drive certain communities to attempt to exploit more hazardous opportunities that carry higher risk.These two approaches can be combined into one model linking the two approaches for analysing emergencies and disasters as shown below. 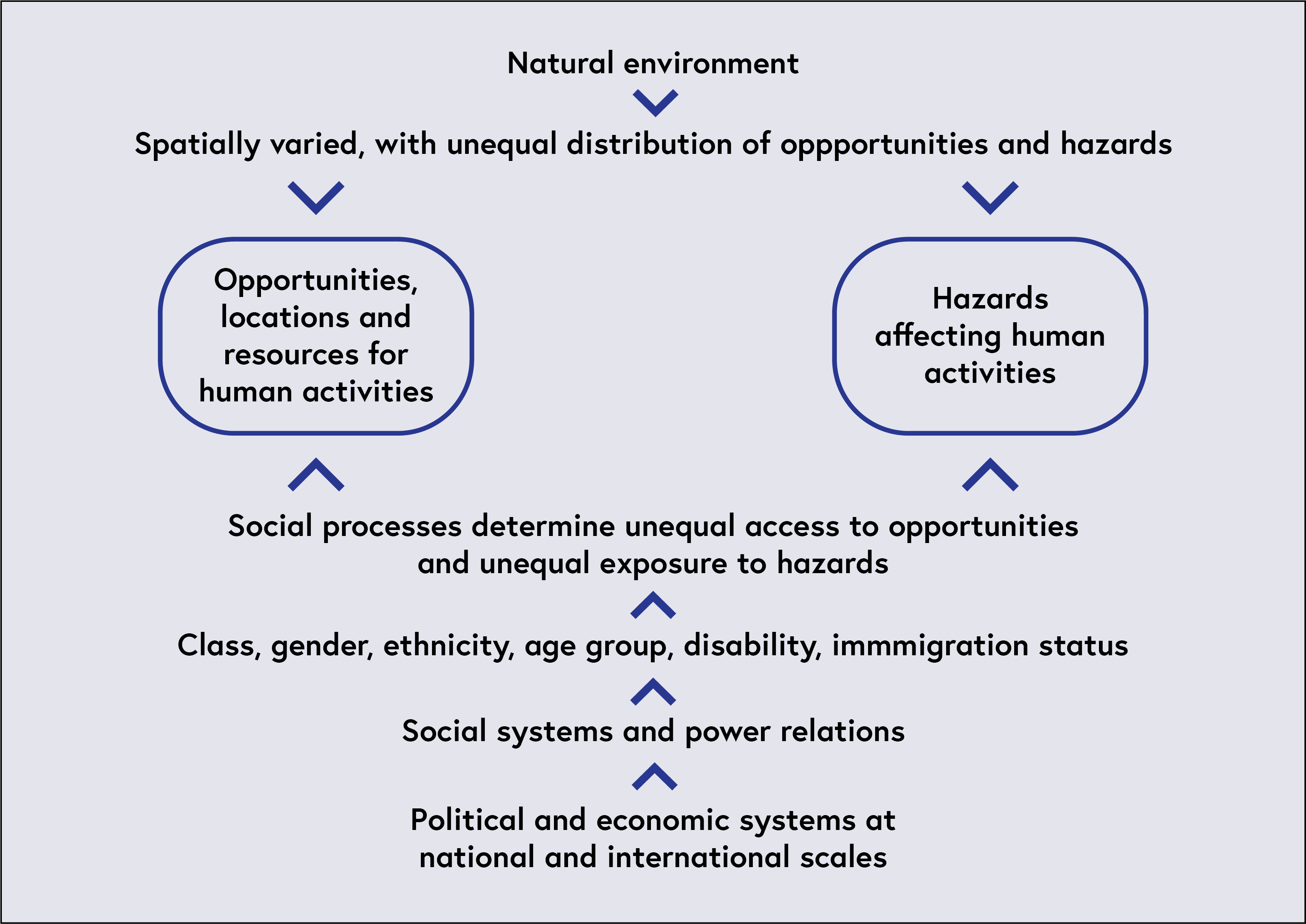 The social causation of disasters (adapted from Wisner 2004).

What would you see as being the advantages and disadvantages of each of the two approaches? Who might take either one approach or the other?

Hi there! We hope you're enjoying our article: Different approaches to emergencies and disasters
This article is part of our course: Emergencies and Disasters: Trends and Issues