Culture and heritage in Aotearoa

In this step we look at what culture and heritage means within the particular context of Aotearoa New Zealand. 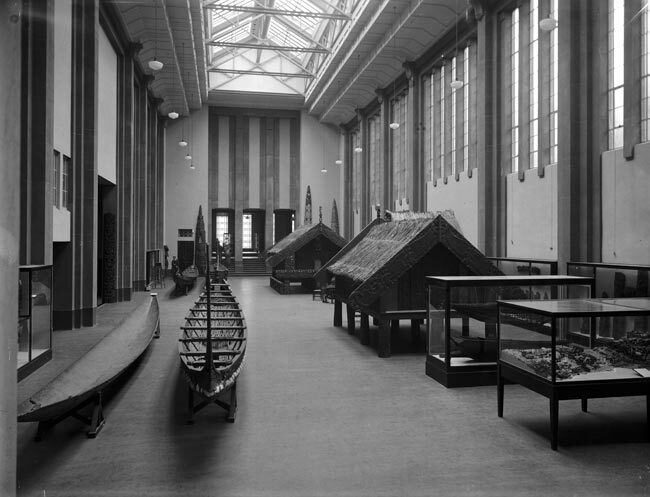 In this step we look at what culture and heritage means within the particular context of Aotearoa New Zealand.

What does culture and heritage mean in Aotearoa?

We have unique perspectives about culture and heritage in Aotearoa as a result of our history and ever evolving bicultural society.

The very idea of a museum – a place that houses collections of cultural and natural artefacts for study and display is a western concept, first brought to New Zealand by European settlers in the late 1800’s. New Zealand has a high number of museums for its population. Most civic centres across the country have a historic house, museum or gallery, and there are also many small regional and volunteer run organisations.

The national museum is The Museum of New Zealand Te Papa Tongarewa, in Wellington which evolved out of the previous Dominium Museum and National Art Gallery. Many museums have been established to reflect colonial or early settler histories. Notions of what museums are for and how they should operate is evolving to reflect changes in society.

What changes have you noticed in museums in recent years?

The idea of a separation between cultural or natural heritage and people is a western concept. From a te ao Māori perspective | a Māori worldview, people and the environment, and people and their taonga | treasured artefacts are understood to be connected through whakapapa | genealogy and mauri | life force. As a result of these differing perspectives there are unique requirements for the way we understand and protect culture and heritage in New Zealand.

Protection of culture and heritage in Aotearoa

Much of the world’s cultural and natural heritage is legally protected by various international or national laws or agreements. In Aotearoa this area of law is evolving in response to the acknowledgement of the need to honour Te Tiriti o Waitangi | The Treaty of Waitangi.

Te Tiriti o Waitangi is New Zealand’s founding document. The Treaty, first signed in 1840, is an agreement, in Māori and English that was made between the British Crown and over 500 Māori rangatira | chiefs. The Treaty promised to protect Māori culture and to assure Māori to continue to live in New Zealand as Māori. At the same time, the Treaty gave the British Crown the right to govern New Zealand and to represent the interests of all New Zealanders. However since its conception the Treaty has been contentious, as the Māori and English versions are not exact translations of each other.

These differences have led to considerable misunderstandings with many lasting implications. In addition to this, the underlying principles of Te Tiriti, (generally recognised to be partnership, protection and participation), have also not consistently been upheld. Crown breaches of the Treaty have led to generations of conflict and disadvantage. As a result there have been many disruptions that have impacted the ability for Māori to protect and control their culture and heritage.

In an attempt to redress the grievances caused by Treaty breaches, the Waitangi Tribunal was set up in 1975 with responsibility to make recommendations on claims brought by Māori relating to the Crown. In 1991 the pan-tribal Wai 262 claim was lodged, covering issues relating to the recognition of Māori cultural and intellectual property rights. This claim, summarised in the Ko Aotearoa Tēnei report, has sparked an ongoing whole-of-government approach to work through the necessary legislative changes. It has many implications for the way we understand and protect culture and heritage.

How are understandings of culture and heritage evolving?

An example of a recent shift in understanding of what culture and heritage can mean occurred in March 2017, when the New Zealand parliament passed a historic bill to recognise the special relationship between the Whanganui River and Whanganui iwi | tribe. The bill acknowledges the river as a person in the eyes of the law, and as such it will provide for the river’s long-term protection and restoration. This move reflects Whanganui iwi’s ancestral relationship with the river and their deep spiritual connection with it. It also highlights a key difference between western and Māori world views, and the relationships people have with culture and heritage.

What is Mana Taonga?

We can gain a better understanding about the ways in which Māori connect with culture and heritage, through the concept of Mana Taonga, established as a principle at The Museum of New Zealand Te Papa Tongarewa, colloquially known as Te Papa in 1992, and now practised by some other museums around the country. The Mana Taonga principle recognises the authority of the creator and owner(s) over their taonga, Māori artefacts. It also describes the importance of whakapapa | genealogical links that exist between people and culture and heritage items.

The Mana Taonga principle gives each iwi | tribe in Aotearoa, a ‘very real sense of ownership’ over any items that they whakapapa to which are held within the museum’s collections. This principle also acknowledges the importance of spiritual forces such as wairua | spirit and mana | prestige that exists within taonga. In a practical sense the Mana Taonga principle provides iwi the right to define how their affiliated artefacts are stored, exhibited, represented or reproduced in accordance with their tikanga | customs.

There are a variety of reasons why iwi | tribes, hapū | sub-tribes, and whānau | families, may have become disconnected from their taonga, these could include war, land confiscation, theft and trade. The Mana Taonga principle reminds us that staff working within culture and heritage organisations have an obligation to be sensitive to this. When taonga have become disconnected, staff at Te Papa and at other museums who adhere to the principles of Mana Taonga take on a protective, guardianship role. Where possible they undertake research to try to establish the origins of taonga. Subsequently in some cases they have been able to repatriate taonga with iwi.

Karanga Aotearoa is the government mandated authority that negotiates the repatriation of Māori and Moriori ancestral remains on behalf of Māori and Moriori. In May 2003, the cabinet agreed that Te Papa should act on behalf of the government for the return of kōiwi/kōiwi tangata. Karanga Aotearoa works closely with iwi both during and after the negotiation process. If provenance is reliable, iwi are consulted and involved in negotiations and inform details and timing etc for the repatriation of their ancestors. Representatives from the descendant communities are invited to be part of the pōwhiri or welcome home ceremony at Te Papa on their return to New Zealand.

Share your thoughts about the questions posed and the topics covered in this article in the comments below. In your opinion, how does the unique context of culture and heritage in Aotearoa relate to that of other countries?

In the next step, we consider the unique nature of culture and heritage contexts in Aotearoa as potentially stimulating learning environments.

Extend your learning! To learn more about topics mentioned in this article, explore the links below:

The Waitangi Tribunal Ministry of Culture and Heritage Treaty Stories