Overview of the #ImagineEurope project from the Neuropolitics Research Lab at the University of Edinburgh and how to engage with the project. 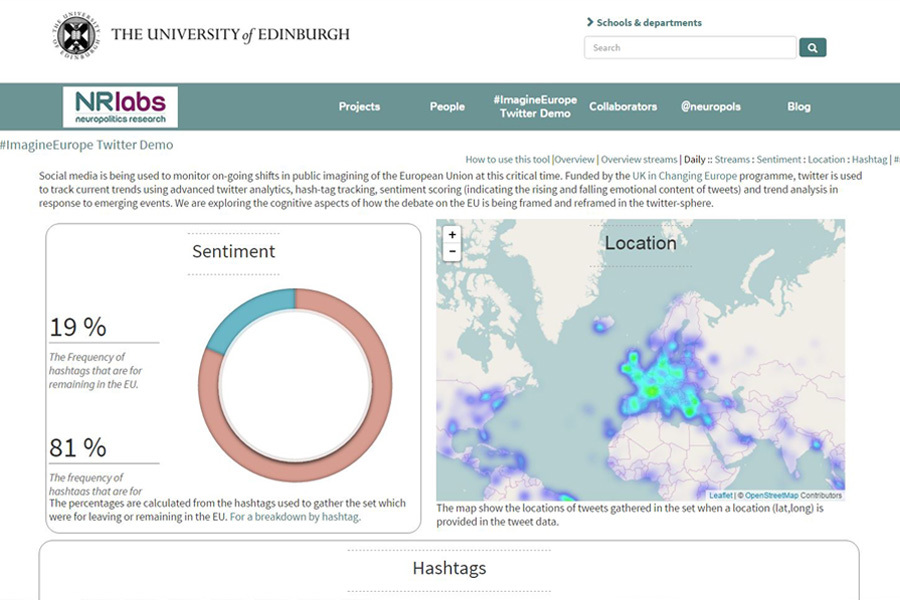 Observing and analysing the EU referendum on Twitter. The Neuropolitics Research Lab at the University of Edinburgh is looking at how people are using Twitter to talk about the EU and the referendum.To get started, have a look at this article from NRLabs’ Clare Llewellyn, which explains how the project works and how the process has gone along the way.After that, navigate to the NRLabs Twitter Demo. Use the different parts of the demo to explore the aspects of the Twitter debate. For instance, compare the differences between sentiment, hashtags and location.What do you make of the EU referendum discussion on Twitter? How reflective do you think it is of the debate across the wider public? What role does social media now play in politics and public life? Share your thoughts in the comments on this page.
© The University of Edinburgh CC BY SA 2016

Hi there! We hope you're enjoying our article: Tracking the debate on Twitter
This article is part of our course: Towards Brexit? The UK's EU Referendum