Tools of the trade: making polymers 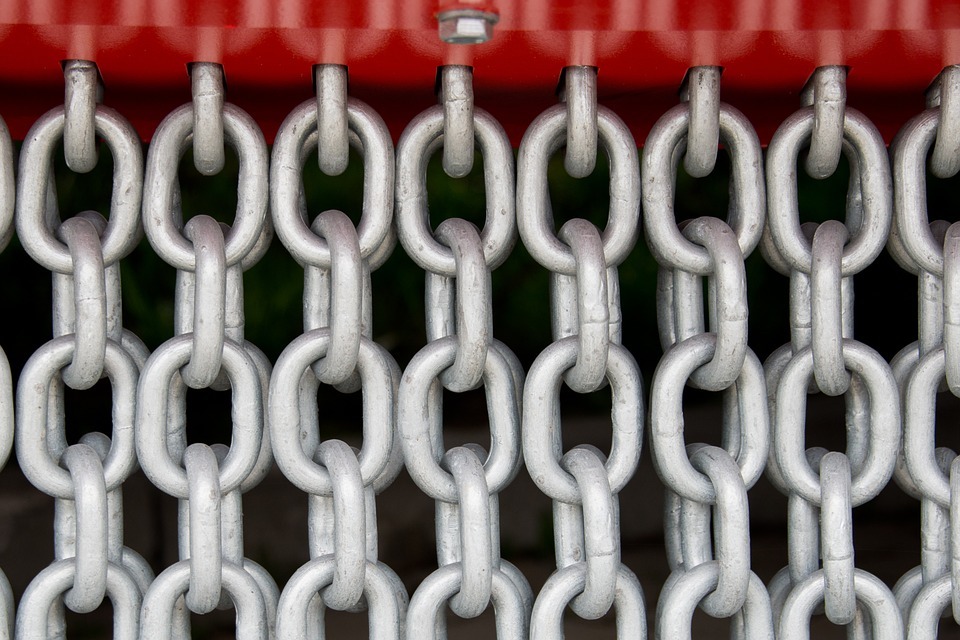 The most basic polymers consist of just a single monomer. For example, poly(ethene) (or polyethylene) is formed from ethene. Polymers made by joining together alkenes (that contain C=C bonds) are typically achieved through chain polymerisation, involving radical intermediates.The first step is called the initiation step and involves the formation of a reactive radical species with an unpaired valence electron that adds to the C=C bond in the monomer.

One of the most common radical sources is benzoyl peroxide. The weak O–O bond of the peroxide bond breaks via homolytic cleavage (homolysis) when heated or exposed to ultraviolet radiation. Homolytic fission gives two alkoxyl radicals (RO•).The alkoxyl radical adds to the C=C bond in the alkene monomer to form a new carbon-centred radical, in a propagation step. Addition occurs because the new O–C bond that is formed in the product is stronger than the C=C bond that is broken in the monomer. The carbon-centred radical then adds to another C=C bond in another monomer. Subsequent addition reactions can take place, so the length of the carbon chain increases.

View Course
It is possible for two carbon-centred radicals in different chains to react with one another, thus stopping either chain from growing any further by reacting with further monomer units; this is a termination step called combination. Alternatively, one carbon-centred radical can “steal” a hydrogen atom from another through a reaction called abstraction. This produces both saturated and unsaturated products, in equal amounts, and this type of termination reaction is called disproportionation. In chain growth polymerisation a range of polymer lengths are formed due to the variable times at which termination occurs.

Bi-functional monomers, those which contain two functional groups, can be reacted together indefinitely in order to give long polymer chains with high molecular masses. For example, monomers containing a carboxylic acid and alcohol group can be mixed and heated with an acid catalyst in order to form ester linkages. Water is lost in each esterification step and so a series of condensation reactions forms the polyester. Condensation reactions will continue to occur until all of the free monomer units have been used up, thereby resulting in a long chain. If additional monomer units are added then condensation reactions will begin again. The polymer polyethylene terephthalate, abbreviated PET, is used to make plastic bottles for soft drinks and water, and is the most widely recycled plastic.

As shown below, to make a polymer like PET, the esterification step involves a nucleophilic acyl substitution reaction. The OH group of the alcohol (or diol) acts as a nucleophile, attacking the carbonyl carbon of the carboxylic acid (or diacid). An acid is used to protonate the carboxylic acid as this converts it into a stronger electrophile (it is now positively charged), that is more readily attacked by the alcohol. Notice that the H+ is regenerated at the end of the reaction and so acts as a catalyst – it increases the rate of the esterification without itself undergoing any permanent chemical change.

Many common polymers use a co-polymerisation method where two different monomers, with two functional groups, react to form a continuous chain. As such, these chains are classed as alternating co-polymers. One example is Kevlar – a diacyl chloride reacts with a diamine, in a series of nucleophilic acyl substitutions, to form the polyamide (notice the presence of repeating -C(=O)NH– groups). Kevlar, when spun into a fibre, is five times stronger than steel and has half the density of fibreglass. These properties ensure it is widely used in sport, including in racquet sports, where it ensures that strings break less frequently.A related polyamide is nylon 66, -[C(=O)(CH2)4C(=O)NH(CH2)6NH]n-, made from two monomers each containing 6 carbon atoms. These monomers are called adipoyl dichloride (ClC(=O)(CH2)4C(=O)Cl) and hexamethylenediamine (H2N(CH2)6NH2). This polymer has high mechanical strength, rigidity, good stability under heat and chemical resistance. Nylon clothing is lightweight, silky, attractive and smooth. Since it does not absorb moisture or odours readily, it is in demand for the production of athletic clothing.
You may have seen the ‘nylon rope trick’ where a solution of a diacyl chloride in an organic solvent floats on top of an aqueous solution of the diamine. As nylon forms at the interface, it can be pulled as fast as it is produced forming a long thread. Nylon rope is twice as strong as rope made from natural fibres such as hemp and it weighs less.

Monomers that have three or more functional groups will form infinitely large 3-D networks of interlinking, polymers. This method is used to create viscous polymer gels as well as to strengthen polymer chains through cross-linking. For example, silicon-titanium tetra-functional group polymers, and similarly substituted structures, are called polymetallocarbosilanes. They can be used to create heat-resistant paints and protective coatings.

See if you can identify the 9 different polymers comprising the everyday products in the collage in the downloads section below. Post your answers – we look forward to seeing your results.
© University of York

Hi there! We hope you're enjoying our article: Tools of the trade: making polymers
This article is part of our course: Exploring Everyday Chemistry