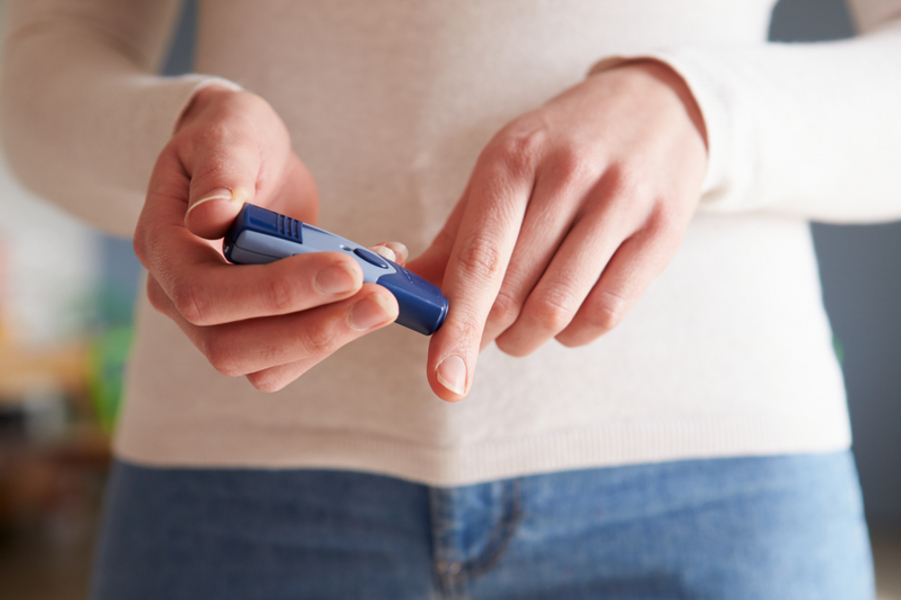 Type 2 diabetes (T2D) is a common disease that is growing at epidemic proportions. By 2035, approximately 592 million people worldwide are predicted to be diagnosed with T2D. In this step, we look at exercise intolerance in T2D, meaning how people with T2D have a reduced ability to perform physical activity at the same level or duration as non-diabetic peers. In Step 2.15, we will explore some guidelines to meet the challenge of long-term exercise adherence in this clinical cohort.

People with T2D have impaired cardiorespiratory fitness and exercise tolerance compared with non-diabetic peers of similar age, weight and activity levels. This is manifested in:As we can see from this graph, diabetes slows the rate of increase in VO2 at the onset of moderate intensity cycling exercise (panel a), and this is influenced, at least in part, by a slower dynamic response of blood flow (and thus, oxygen delivery) to the active muscles (panel b). It is likely that diabetes also reduces the capacity of oxygen utilization by contracting muscles. 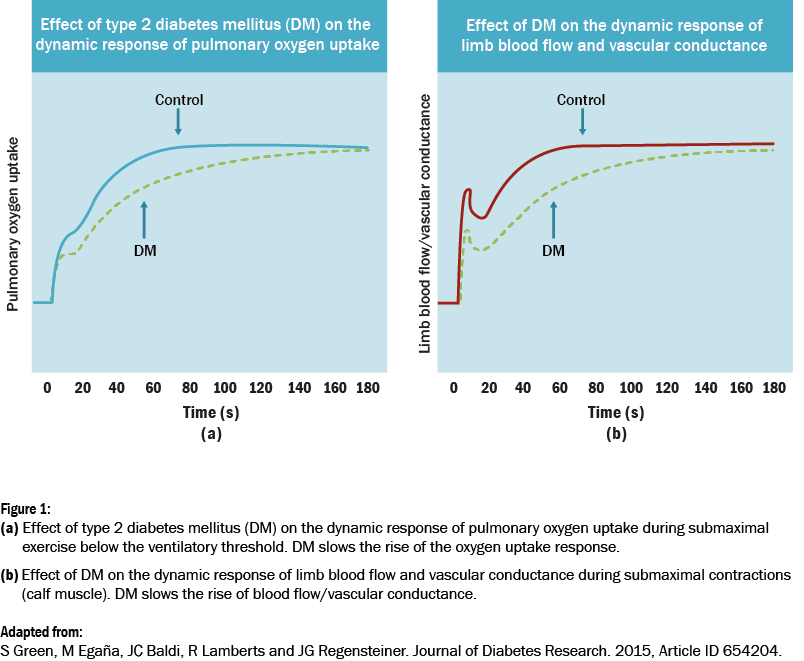 Green et al, 2015. (Click to expand)The slowing of the VO2 kinetic response (which is reported in young and middle-aged, but not older people with T2D) is associated with a greater reliance on anaerobic metabolism and more rapid fatigue (Regensteiner et al, 1998; O’Connor et al, 2012).In the next step, we look at exercise recommendations and how to address the challenge of long-term exercise adherence for these patients.
© Trinity College Dublin

Hi there! We hope you're enjoying our article: Lower exercise capacity in type 2 diabetes
This article is part of our course: Exercise Prescription for the Prevention and Treatment of Disease