How have megafloods shaped our planet?

During the height of the last Ice Age, around 20,000 years ago, large glaciers extended much further south across North America. An ice sheet that sat over Canada extended down into the northern parts of Washington state in the north-west of the USA. The edges of this ice sheet blocked existing rivers draining the North American continent into the Pacific Ocean, and in doing so created what we call Glacial Lake Missoula. At its largest size, this lake was in places more than half a kilometer deep and 300 kilometers wide, and stored 2,000 cubic kilometers of water. This is slightly more water than in the modern Lake Ontario in the Great Lakes. However, the blockage provided by the glacier was made only of ice. Over time, the changing climate and the lake water in contact with the ice weakened it. Eventually, around 15,000 years ago, the ice dam gave way catastrophically, dumping all of the water in the lake into eastern Washington state, where it flowed westwards to the sea.

The impact of the Missoula Floods

View Course
Estimates of exactly how much water was released when and how fast it flowed vary. Plausible reconstructions suggest something like 17 million cubic meters of water discharged from the lake every second at peak flow, with the water moving at around 80 miles per hour at its fastest. These flows created incredible forces on the terrain over which they flowed, allowing it to be dramatically resculpted at the largest scales.

Today, we call the area of Washington over which the Missoula Floods travelled the “Channeled Scablands”. They present a set of giant waterfalls, deep gorges, giant potholes, boulder fields, and enormous ripples up to 15 metres high. All of which were created during the very short-lived peak flows of the floods. Incredibly, we now also believe that the Missoula floods happened repeatedly, as the end of the glacier re-blocked Lake Missoula then failed over and over again. Estimates for the number of floods range from 25 to 40, which means that one or two floods were happening every 100 years between about 15,000 and 13,000 years ago. The landscapes we see today in the Channelled Scablands represent the cumulative effects of all these floods. It’s estimated that the total volume of rock removed by all of the Missoula Floods together exceeds 200 cubic kilometres. This is something like 40 metres on average being stripped from the whole area of the surface inundated by the waters. The part of the Channelled Scablands known as Moses Coulee, is a tiny part of the Scablands. But each river gorge is hundreds of meters wide, and were cut entirely by the Missoula floods. 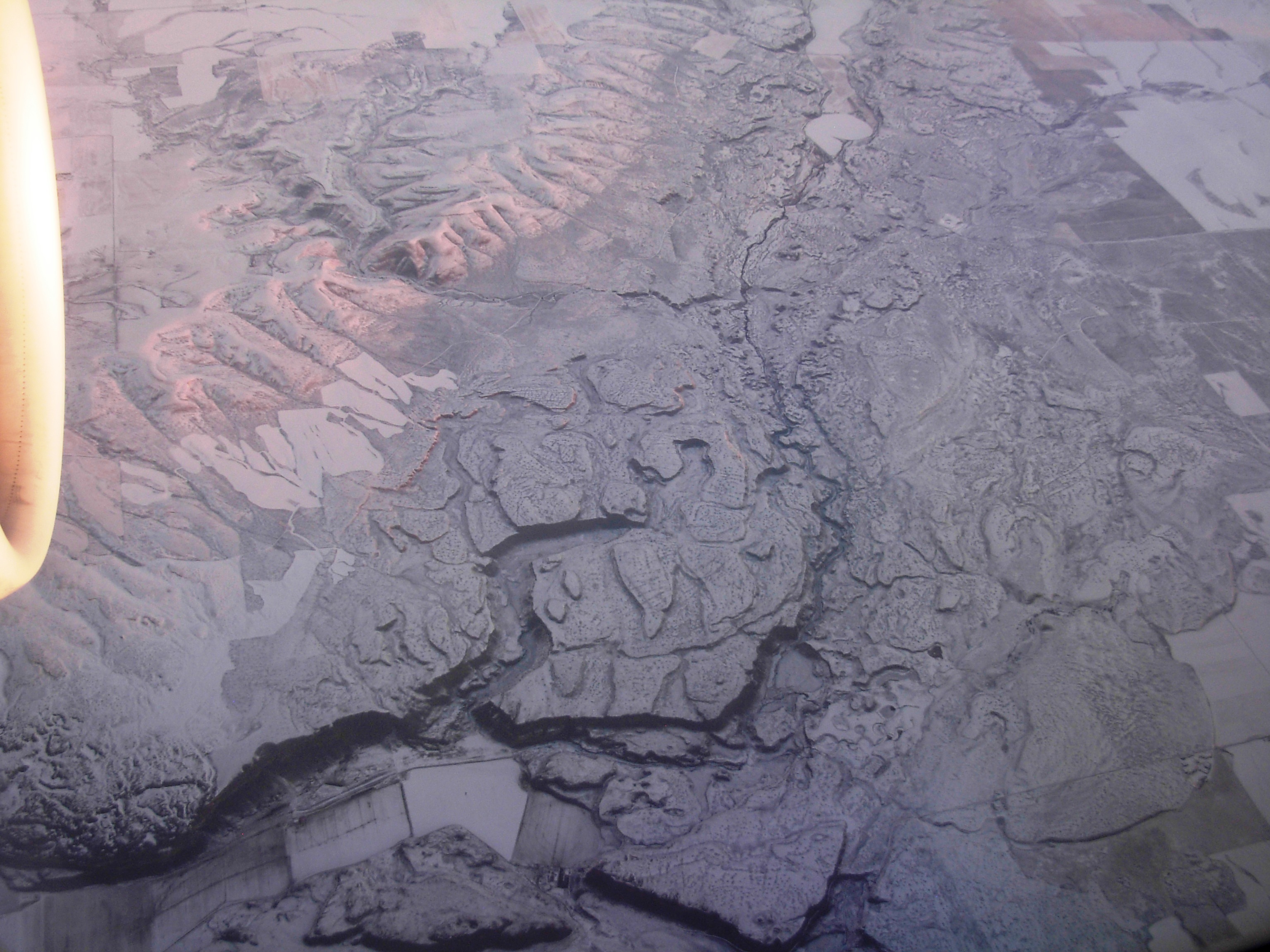 Moses Coulee by brewbooks licensed under CC BY-SA 2.0 The 120 metre high cliffs of the Dry Falls would once have been a huge waterfall more than twice the height and five times the width of the Niagara Falls. Some of the pools in the lake visible at the foot of the cliffs are the remnants of giant potholes, which have now been filled with water.

Events similar to the Missoula Floods, which we call Glacial Lake Outburst Floods or Jökulhlaups, still happen today in environments where glaciers and rivers interact. Famous examples include those that happen regularly in Iceland (where we get the word Jökulhlaup), and rarer events in the Himalayas and other high mountain belts. However, the size of the Missoula floods dwarfs all modern examples, such as the 1918 Jökulhlaup caused by the eruption of the Icelandic volcano Katla. The peak flows during these floods are more than ten times the size of the largest release of water ever directly observed by humans.
© Cardiff University