The Importance of Dietary Fibre for Health

Between 4% to 20% of people in Western countries suffer from constipation. This article discusses the importance of fibre in a healthy diet. 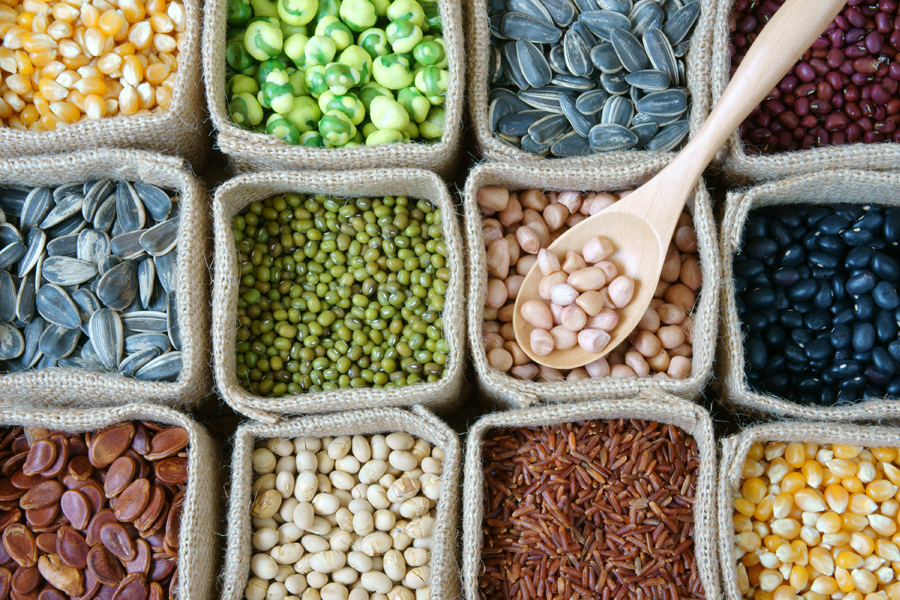 Between 4% to 20% of people in Western countries suffer from constipation. At the other extreme, going to the toilet too often is associated with watery and very soft-stools.

This condition is called diarrhoea and is an indication that waste products are moving much too rapidly through the lower intestine. Good bowel habit falls somewhere in the middle of these two extremes. If you think of your gut as a river then you do not want it to flow too quickly (raging river = diarrhoea) or too slowly (cracked dry river= constipation).

One of the important tasks of dietary fibre involves promoting a good bowel habit or bowel movement. This means that there is no straining or difficulty in using your bowels when going to the toilet. Straining and difficulty often occurs when stools (poo) become more solid and dense.

When stools become very hard this is called constipation, a condition that develops when waste products take an excessively long time to move through the lower intestine to be expelled.

It may sound disagreeable, but it is important to know what your stool looks like, because it is a good indicator of your gut health. How do you know if you have good bowel movement? What does a normal stool look like?

A useful chart called the ‘Bristol Stool chart’ (a link to the chart has been made available in the See also section of this step) helps us understand how the appearance of stools changes depending on the time it takes for food to transit through your digestive system. You can use this chart to help understand more about your own bowel health.

So how best to control or change the type of stool you have? The answer is – through your diet!

Some types of dietary fibre are much better at increasing the volume of the stool than other types of fibre.

Increasing stool volume is important because a large bulky stool passes through the large intestine more quickly. There will be less time for the body to absorb water back from the stool, so the stool will be softer and easier to pass.

Dietary fibre from legumes and lentils produces fairly small stool volumes (although it has other good effects).

Different fibres do this in different ways. Some dietary fibre contains a lot of cellulose, a poorly digested fibre, found in cereal grains and in fruit and vegetables. Because of its chemical structure, cellulose is excellent at retaining water (like a sponge) and so this helps bulk up the volume of the stool.

Other fibres that break down more quickly can also increase stool volume more indirectly by promoting the growth of bacteria in the lower bowel. These bacteria add to the size of the stool and the bacteria themselves also retain a lot of water which again adds to the stool bulking.

This is why drinking water is so important for regular bowel habit and prevention of constipation.

Dietary fibres that can selectively stimulate the growth and or activity of beneficial bacteria in our gut are called prebiotics. Not all dietary fibres can do this- it is a specialised role for certain types of fibres.

We now know that short chain fatty acids play many different roles in maintaining the health of the gut. For example, one type of short chain fatty acid called butyrate is the preferred energy source for the cells lining the large intestine. When plenty of butyrate is available the gut lining remains very healthy and is unlikely to become inflamed or to go on to develop colon cancer.

These are easy to isolate from food sources (for example from chicory root) and are often added to foods such as yoghurts, dairy foods and infant formula by the food industry.

Here’s what we know, so far

Research on the effects of prebiotics has not as yet yielded very clear results. Prebiotics appear to be effective in changing the profile of gut microorganisms (particularly increasing the population of Bifidobacteria). They can improve intestinal function (contributing to stool bulking and improved stool consistency), and they may improve the absorption (e.g. of some minerals particularly calcium, which is important for bone health).

Less clearly established effects which still need further research include beneficial effects on the immune system, reducing the risk of gastrointestinal infections and possibly assistance with weight management through effects on energy metabolism and satiety.

Interestingly, prebiotic oligosaccharides are found naturally in human breast milk. Here they are useful in encouraging the growth of the Bifidobacteria and Lactobacillus in the gut of the young infant.

It is important in early life to establish a good population of these types of bacteria in the infant gut – it helps in the development of the infant’s immune system and protects against infection.

Gas production is the other major by-product of the bacterial fermentation of dietary fibre in the gut. Gas (or excessive wind) is one of the side-effects of a high fibre diet that concerns many people.

Include more fibre in your diet without excessive gas

Another way to look at ‘gas’ is that it is a sign that you are feeding your gut bacteria the carbohydrates they need to make some useful by products- such as butyrate. Take it as a good sign that your bugs are busy!

Allowing the bacteria in your gut time to adapt to an increase in dietary fibre is a good idea. To do this, don’t increase your intake of fibre quickly- do it gradually over a week. By slowly including foods that are higher in fibre over 7 days gives the population of bacteria in your gut that can process this carbohydrate time to expand to deal with the extra material.

Generally these symptoms will reduce as your gut bacteria adapt to the new dietary regime. Many of the good bacteria – bifido, are not gas-producing and so encouraging the growth of this population means that often your symptoms will subside over time.