Skip main navigation
Home / Healthcare & Medicine / Nutrition / Food as Medicine / What is the difference between probiotics and prebiotics?

What is the difference between probiotics and prebiotics?

Learn about the difference between probiotics and prebiotics and why they’re important to our health. 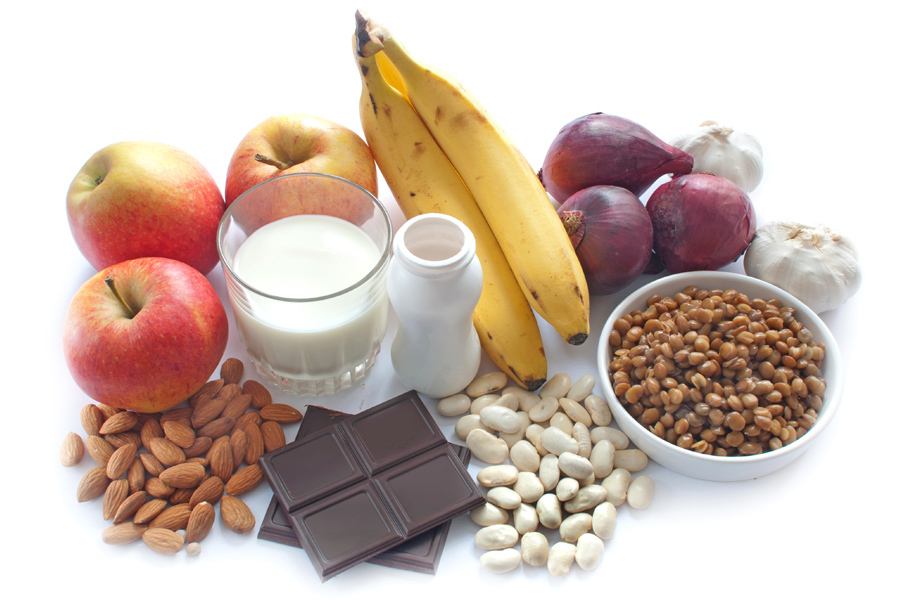 Probiotics are preparations of live micro-organisms which when administered in adequate amounts may confer health benefits. They are mostly found in your supermarket or pharmacy (sold as a product such as capsules) and in some foods such as yoghurts.When you consume probiotics, the major challenge is for their organisms to survive passage through the stomach (which has a very low pH of 2 and will kill most bacteria) and gut. They must also survive the enzymes and other secretions produced naturally in our gut.Once there, it can be hard to take up residency as they can be crowded out by other micro-organisms that are already there and well established.The most common species used as probiotics are Lactobacillus and Bifidobacterium. Before these preparations can be sold to consumers, of course they need to pass a number of testing and safety assessments (to show they are non-pathogenic). While the use of probiotics has attracted a great deal of research focus the results from these many studies have been rather mixed and often dependent on the type of probiotic culture used (as there are many different types available).The types of benefits that have been explored range from treatment of Travellers Diarrhoea and other gastrointestinal problems, to upper respiratory tract infections, allergies, various skin disorders, diabetes, weight loss to infantile colic.In summary, with probiotics you are consuming the live micro-organisms directly. In contrast prebiotics are fibres that stimulate the growth of beneficial bacteria that are already present in your gut. The best way to improve our microbiota is a very active area of research worldwide and over the next 10 years great advances in our understanding will be made.

View Course
It is possible that a combination of both probiotics and prebiotics (called a symbiotic) may be best.While the role of prebiotics and probiotics are still being explored – it is clear that increasing dietary fibre in the diet can have a very important protective role against a range of common diseases that affect our community including prevention and treatment of cardiovascular disease and Type 2 diabetes as well as various gastrointestinal disorders.
© Monash University 2020. CRICOS No. 00008C

Hi there! We hope you're enjoying our article: What is the difference between probiotics and prebiotics?
This article is part of our course: Food as Medicine