Learn how food works in the body in relation to appetite, satiety and energy expenditure in the context of weight loss and health. 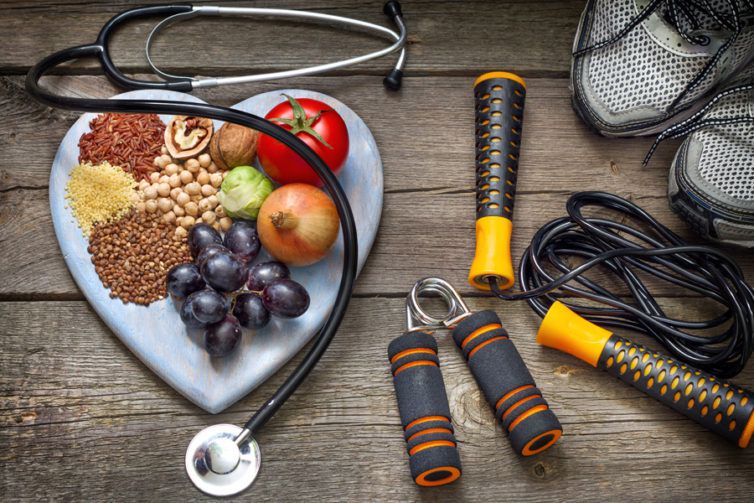 Understanding how food works in the body in relation to appetite, satiety and energy expenditure can be a useful mechanism to harness when thinking about using ‘Food as Medicine’ in the context of weight loss and health.

The energy value of nutrients

Obesity is a state which occurs when the body has accumulated excess body fat. This happens gradually over time and reflects a chronic energy imbalance whereby energy intake exceeds expenditure.

Energy intake is derived from the consumption of food and drinks. Different foods and drinks differ in the amount of energy they supply because they are made up of different proportions of macronutrients.

If your intake of dietary energy is greater than your actual energy needs, this will lead ultimately to fat storage.

Energy expenditure is how much energy you use up. It is composed of three major components.

Additional energy is also required for growth. The rate of growth is the highest during infancy, then by early childhood growth velocity slows right down until a marked growth spurt occurs during adolescence.

This again leads to higher energy needs, but by 20 years of age the additional energy needed for growth has dropped to zero so any excess energy that is not expended in activity will be stored as body fat.

The energy cost of digesting and assimilating food

The thermic effect of food is the ‘energy-cost’ required for food to be digested in the gut and assimilated into the bloodstream. This energy cost is sometimes also known as meal induced thermogenesis. Different macronutrients take different amounts of energy to digest and assimilate.

In adults, the thermic effect of protein is 20% to 30%, compared with carbohydrate 5% to 15% and fat 0% to 3%, From this you can see that a high protein meal will require more energy to digest compared to one that is lower in protein.

This fact has stimulated research into whether a high protein diet is better to assist people to lose weight.

What does the body do with food after it is consumed?

There appears to be a hierarchy: carbohydrate and protein are oxidised first while fat is oxidised later.

This seems to be because the body does not store protein (protein only accumulates where it is being actively used – which is why you lose muscle if you are not using it) and the body has only a very limited storage capacity for carbohydrate.

Alcohol is also oxidised immediately after it is consumed to try and eliminate it because alcohol is toxic to the body and cannot be stored. In comparison to these macronutrients, fat can very easily be stored in almost unlimited amounts all around the body.

In contrast, fat intake does not immediately stimulate fat oxidation but instead can be readily diverted to be stored.

We eat more food when we are hungry as we respond to our appetite. Different macronutrients seem to differ in their impact on our appetite sensations. Protein quickly settles our appetite and promotes greater satiety or feelings of fullness than carbohydrate and fat.

High protein meals therefore have more ability to reduce energy intake from a meal, as well as intake from the next meal than do meals that are low in protein.

The reason for this difference is that macronutrients are not all equally able to stimulate the release of the hormones from the gut that are required to stimulate appetite. Ghrelin (a gut hormone that stimulates hunger) appears to be suppressed more effectively by carbohydrates or proteins than it is by fat.