Chronic inflammation, an inflammatory state that continues and which does not resolve, develops in many disease states. 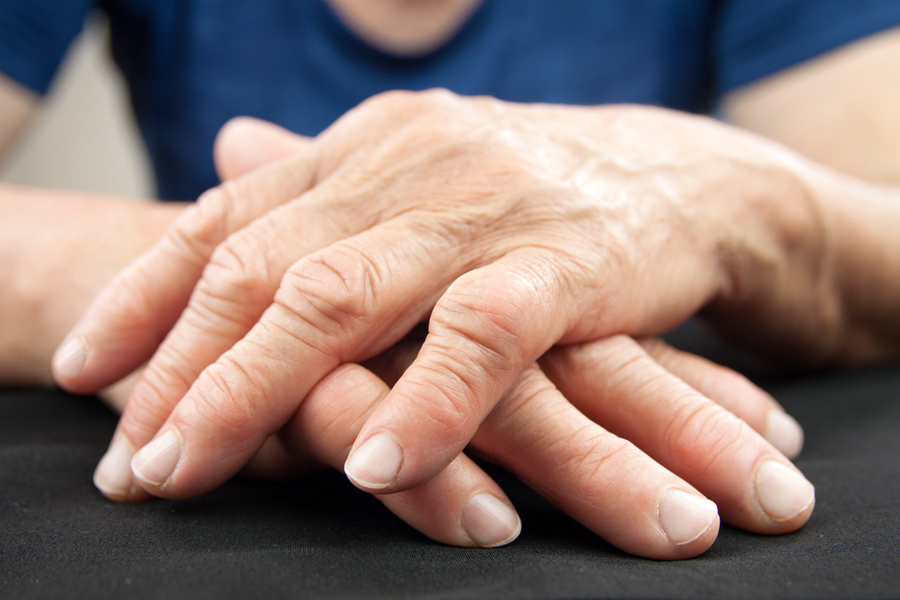 Rheumatoid arthritis is an autoimmune disease (a disease where the immune system starts attacking the body rather than protecting it). In rheumatoid arthritis, the autoimmune attack leads to the development of chronic inflammation in the synovial membrane within the joints.

The synovial membrane membrane is a sac of specialised connective tissue containing the synovial fluid which acts to cushion the area where the bones of the joint articulate.

Over time, the presence of this inflammation can be very damaging as the synovial membrane begins to eat into the cartilage of the joint, eventually eroding the bone. Joints become increasingly swollen, painful and difficult to move, leading to disability.

How does it start?

The initial trigger for the rheumatoid arthritis that causes the autoimmune damage remains uncertain. Part of the susceptibility is inherited, but environmental factors may also play a role particularly in sustaining the chronic inflammation that plays such an important role in the development of the disease.

Smoking which introduces many pro-oxidant compounds into the body is well-known to increase risk. Research has also looked for possible risk factors in the diet.

What has research found?

One large epidemiological study undertaken in American women found that soft drinks sweetened with high fructose corn syrup (HFCS) increased the risk of rheumatoid arthritis, while diet soft drinks which contained no fructose had no effect. A second study widened this association to include not only soft drinks but other drinks high in fructose such as apple juice and other fruit drinks.

While it remains uncertain exactly how this risk occurs, it has been argued that when excessive amounts of fructose reach the gut they promote the formation of advanced glycation end-products (AGE). AGE are highly pro-inflammatory compounds which if absorbed by the body may aggravate inflammation in the joints.

Research has also looked for dietary factors that may help resolve the inflammatory state in rheumatoid arthritis. Foods rich in anti-oxidants or anti-inflammatory compounds may be of benefit. Extra virgin olive oil is rich in a polyphenolic compound called hydroxytyrosol which has strong antioxidant properties.

One study in mice found that hydroxytyrosol acetate effectively reduced the inflammation of arthritis. Resveratol, an antioxidant compound found in grape skins and may be another dietary compound with similar useful effects. Another study found that resveratol decreases symptoms of arthritis in rats. Both olive oil and resveratol are components of the Mediterranean diet.

While studies have examined the benefit of this diet in rheumatoid arthritis, results to date are inconclusive, and more work is needed to establish clear benefit.

Interestingly, many anti-oxidant compounds such as those found in many vegetables are fat soluble and are absorbed more readily if oil is present in the diet. This may explain why one study from southern Greece found that cooked vegetables eaten with olive oil were protective against rheumatoid arthritis whereas a Danish study where the diet was much lower in oil, found no association between vegetable intake and this disease.

Further work is needed in this area to find dietary factors useful in this condition.

Have you followed an anti-inflammatory diet to help manage any of these conditions and did you find the diet difficult to follow?

Within the Comments, consider sharing with other learners your experience with this type of diet.

Go to Downloads to learn more about nightshades as well as inflammation and other conditions such as heart disease and Type 2 diabetes, and how it can affect the gut.