This article describes three types of food systems: traditional, modern and intermediate, and applies this typology to Southeast Asia. 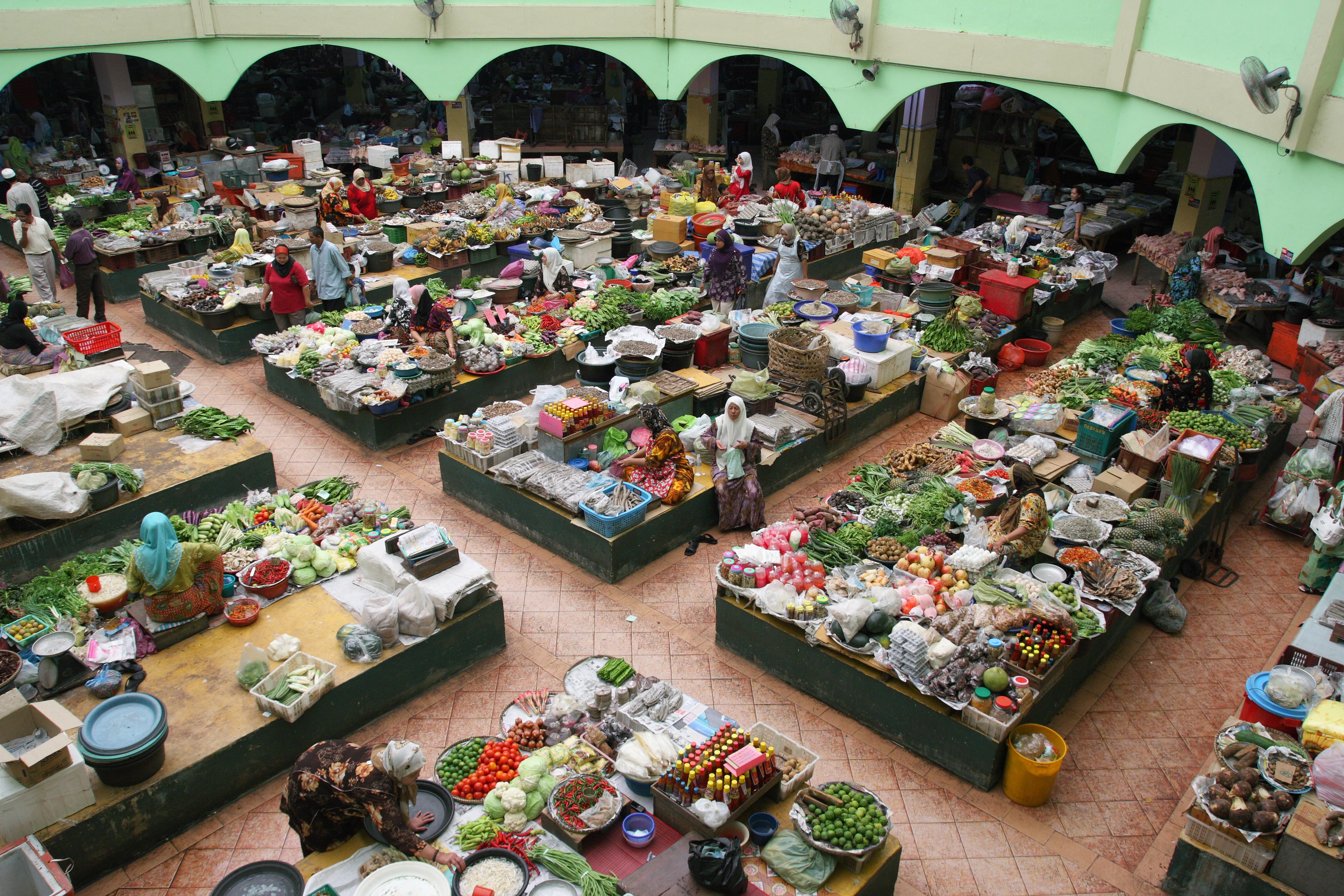 In Week 1 we introduced the different food system types: traditional, intermediate and modern. In this article we return to these food system types and consider where in Southeast Asia different types exist. In Southeast Asia, characteristics of modern food systems have emerged rather quickly over the last 20–30 years. Rapid population growth, urbanization and rising incomes have changed food systems significantly, particularly in countries that are further along in their development: Singapore, Malaysia, Thailand, Indonesia and the Philippines. In Singapore, where 90% of the food is imported, modern food retail is the norm, including hypermarkets, supermarkets, and large numbers of convenience stores, though some people still favour traditional wet markets. In Malaysia, modern food stores are rapidly gaining ground, though available data are contradictory; while one study says as of 2010, modern stores were 88% of the market, a 2014 assessment finds large modern stores have around 43% market share, and convenience stores have only about a 1% share; the rest is traditional stores. Thailand’s food retail market is growing and evolving rapidly, and is increasingly dominated by hypermarkets (in suburbs), supermarkets and convenience stores – now a combined 70% of the market. Indonesia’s food system has been slower to modernize, and in 2014, traditional stores still had 85% of sales, but that is down from 89% in 2009. Both foreign and Indonesian-owned chains are opening modern stores across the country, particularly in large cities and wealthier suburbs. In poorer countries in the region, the food retail landscape is still largely dominated by traditional wet markets and small independent stores, though modern retail is emerging in key urban areas. In Vietnam, the modern retail market share grew from about 3.4% in 2008 to 4.1% in 2012, but even as modern stores proliferate, traditional stores are increasing and gaining sales as well. In Cambodia, meanwhile, many modern stores and restaurants are opening in the cities, but 80% of the population is still rural, and there are stark differences between both settings. Another important shift to note is from smallholder (including subsistence) agricultural production to commercial agriculture. As rice productivity has increased, Southeast Asia has become the world’s top exporter of rice, even as rice remains the main staple food in the region. Similarly, along with traditional fishing, there is now a substantial aquaculture industry. And Southeast Asia is also an important exporter of commodities such as palm oil, rubber and coffee, typically produced on large-scale plantations. However, smallholders still dominate Southeast Asia’s agricultural landscape, with about 100 million smallholders operating in the region. For example, smallholder farmers account for around 90% of Indonesia’s rice production. Around 60% of the farms are less than 2 hectares, but 77% of the agricultural land area is operated by farms larger than 2 ha.