The formation of the Football Association

They are very different sports today, but did you know that the difference between football and rugby codes were much smaller in the late 1800s? 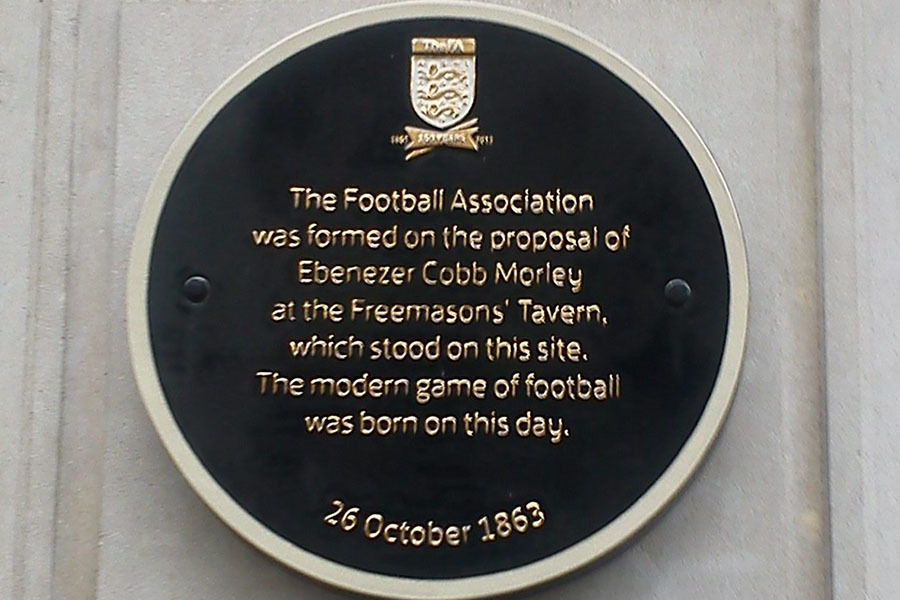 The founding of the Football Association was an important landmark in soccer’s history. However, contrary to popular perception it did not mark the invention of the game.

The FA was founded on 26 October 1863 following a meeting of London clubs at the Freemason’s Tavern, Great Queen Street, Lincoln’s Inn Fields.

The original intention of the meeting was to establish a shared set of rules. At this stage, the FA rules were just one variety amongst many. Instead of what we would term today, ‘soccer’ and ‘rugby’, people in the 1860s just thought of and played ‘football’. The similarities between all types of football then played – whether at public schools or in other parts of the country – were also much greater than the differences.

The idea that there was one generic game rather than distinctive codes was highlighted by the use of the same illustration in reports of matches between England and Scotland at both rugby and soccer in the early 1870s.

During the 1860s the FA had been a weak organisation. By 1867 its membership had dropped to ten clubs.

The formation of the Rugby Football Union in 1871 would bring a greater clarity in the rules of two different forms of football: association football (soccer) and rugby football.

In the same year the FA Cup was established, which was an even more important landmark in the history of association football.