We watch international stars every week in the Premier League. But which club fielded the first completely non-British team, back in 1999? 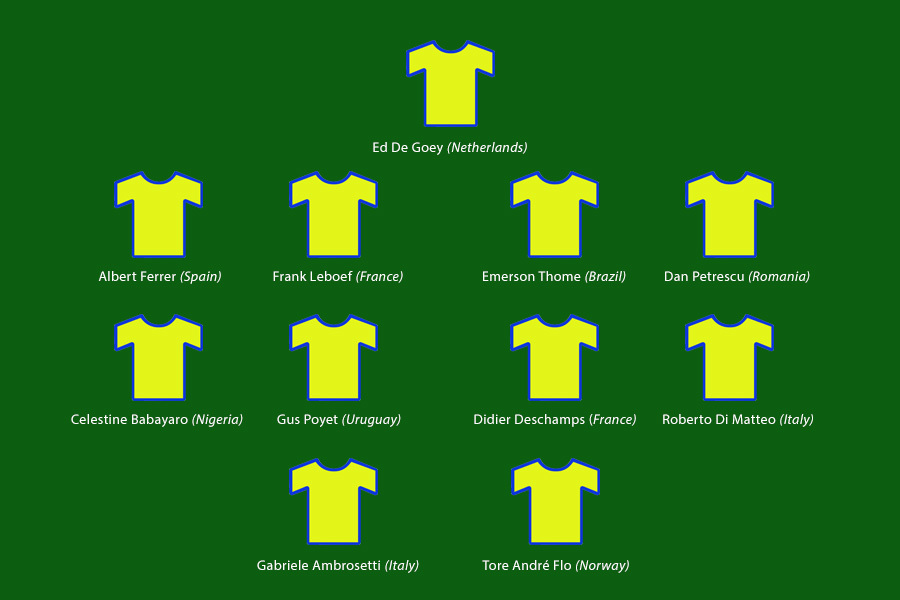 The ‘Bosman Ruling’ in 1995 was a pivotal event in the recent history of European football. Through the Maastricht Treaty and Single European Act (both 1992), Britain’s links with Europe became closer and there was a greater movement of workers. ‘Bosman’ reflected this trend, giving footballers freedom of contract.

After Bosman, footballers inside the European Union could now move for no transfer fee at the end of their contract. Without a transfer fee, players could receive compensation in the form of wages and a signing-on fee.

The ruling changed the landscape of European football as it allowed for the freedom of movement of footballers within the EU. There was also an exponential growth in the migration of footballers from countries outside the EU to Britain and other European nations.

The change in the composition of English teams was dramatic. In 1992-93 there had been eleven overseas players in the Premier League; by 1998-99 this figure had increased to 166. In 1999 Chelsea became the first English club to field an entire team made up of overseas players. By 2017-18, out of 520 players, 349 were from overseas, 67.1 percent; the league with the next highest percentage was Cyprus (57.1 per cent).

The combination of Bosman and the extraordinary rise in television revenues increased the cosmopolitan nature of the Premier League. In 2017 players represented 65 different nationalities, with French and Spanish players the largest contingents.

Players from overseas were assimilated relatively quickly into the English game and many have been honoured with awards such as player of the year at club and national levels (over the last two years, Riyad Mahrez, Leicester City Football Club’s Algerian winger; and N’Golo Kante, Chelsea FC’s French midfielder, have won the PFA Player of the Year awards).