Coercive control is one of most dangerous forms of IPVA. Join us to learn what it involves and the impact it has on victims and those around them.

One of the highest risk forms of IPVA

A Pattern of Behaviour

Coercive and controlling behaviour is not a one-off event. It is intentional and it is a crime in the UK. It is a pattern of behaviour that builds up over time starting with fairly innocuous behaviour that may be misconstrued for love or care such as gift-giving, checking in, often under the guise of concern, always being there to pick someone up after work. These actions may seem welcome at the time but they very quickly change into very dangerous and controlling behaviour, robbing victims of any control over their own lives. The pattern of behaviour builds up slowly and gradually so it is common for victims not to recognise that they are being abused at first. 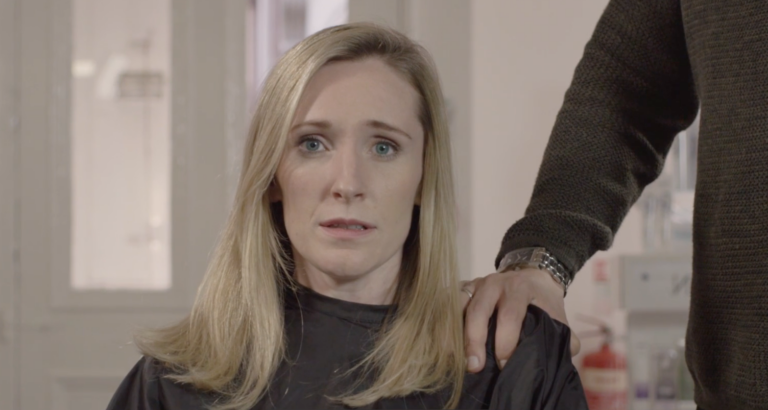 Photo of a woman with a man’s hand on her shoulder. (Source: ©Medics against Violence)

Abusers will generally start by isolating the victim from all sources of support by suggesting that their friends and family are bad for them, being unpleasant when people come to visit, suggesting to their partner that they should miss nights out to be at home together. Friends and family gradually drift away, they stop visiting and stop including the victim in their plans believing they would rather not see them. The victim may be told they no longer need to work and encouraged to give up their job with the excuse that their partner can look after them. The family may be moved to a more rural area or to another city or town to further isolate the victim from any sources of support.

Over time the controlling behaviour extends to the regulation of every aspect of a victim’s life; dictating to someone what they can wear, whether they can wear makeup, who they can see and when restricting their access to money and transport, demanding sex, monitoring and controlling their every movement often using technology, controlling access to essential medication, overmedicating or removing mobility aids. In a healthcare setting the abuser will often insist on being present at medical appointments, may insist their partner sees a female doctor and may even do all the talking. 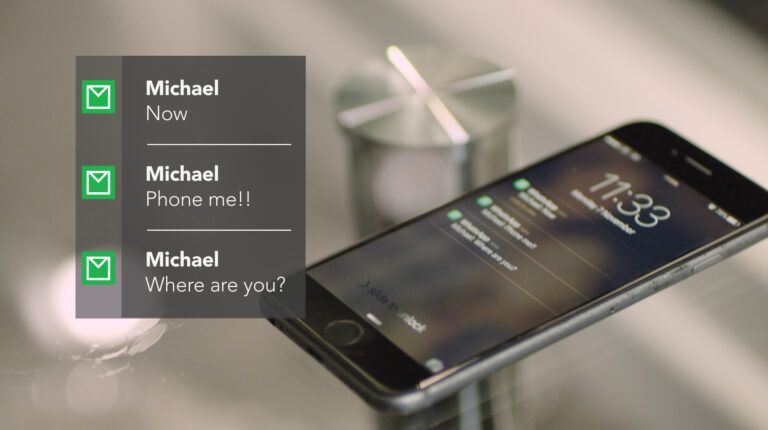 Photo of a phone with ‘where are you’ messages on it. (Source: ©Medics against Violence)

Victims are also the subject of degrading and belittling comments which serve to erode their self-esteem and self-worth. They will often be told they are ugly, worthless that they are lucky to have their partner because nobody else would want them, or, that they are a bad mother. 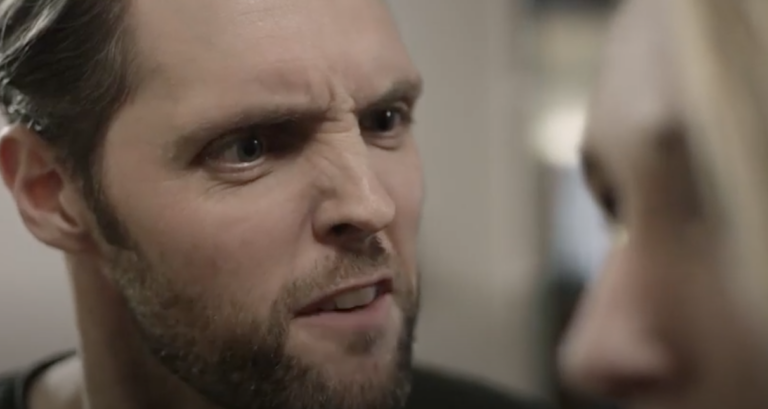 Photo of a man shouting at a woman. (Source: ©Medics against Violence)

In addition to witnessing controlling and abusive behaviour children may also unwittingly become involved in the abuse. They can be encouraged to ‘spy’ on their mother and report back, to join in when the perpetrator is degrading their mother and they may also try to intervene to protect their mother. All of this is very confusing for children and young people and can have a significant long-lasting impact on them. We know that witnessing abuse is one of the Adverse Childhood Experiences. You can hear more about those in this podcast for the charity SafeLives from Dr Kat Ford of Public Health Wales.

The life of someone living with a coercive and controlling partner consists of rules that they need to follow to keep the perpetrator happy like always having the right food available on time and wearing the right clothing when he comes home from work. If they do not follow the rules threats may be made against them or someone they care about such as their children or the family dog or cat and it is common for children and family pets to suffer collateral damage in these situations.

The incidents below were reported to Medics against Violence by police officers attending domestic incidents in Central Scotland. We asked them to detail any injuries to pets while attending calls relating to IPVA, they are only two of many…

During an incident of domestic abuse, a high-risk victim of domestic abuse reported that she had been assaulted by her partner and during a fit of rage he had picked up her cat and repeatedly swung it in the air, hitting it off the wall of her home.

During a domestic incident where the victim was assaulted by having juice poured over her, spat on and strangled, the perpetrator threw her dog out of a first-floor window – fortunately, the dog survived. The perpetrator was charged under the Animal Health and Welfare (Scotland) Act 2006.

This is how one victim of IPVA described her life with an abusive partner.

“He was always watching me. He controlled where I went, who I was with, and what I wore. I had to be covered from head to toe, and if I wore a V neck top he would insist that I got f…ing changed before going to work. We had to have sex when he said. If a meal was late, he would be verbally abusive and would say he didn’t want it – or sometimes he would throw the food at me. He demanded to know what I had bought and wanted to check receipts to make sure I had not spent money on anything else. He didn’t like talking to my friends – when they came round, you could cut the air with a knife, so they stopped coming round. If I spoke to a man, it was even worse – he wanted to know who I was ‘slagging around with’. It was like walking on eggshells, having to be so wary.”

Scottish Women’s Aid’s short film Hidden in Plain Sight uses the voices of survivors to describe living with coercive control, you can also view some of the survivor stories on their website

Lastly, let’s return to where we started and listen to Evan Stark, the person who first raised wide awareness of the issue talking about Coercive Control. You can also read about this in his book Coercive Control: How Men Entrap Women in Personal Life

In Part 2 we’ll hear more from someone who works closely with victim/survivors talking in more detail about Coercive Control.