What are Rare Earth Elements?

What are Rare Earth Elements? Why do we need them in the contemporary energy transition? Let's find out more.

Rare Earth Elements (REEs) refers to a group of 17 metallic elements grouped in the periodic table to reflect similarities in their chemical composition and related properties. 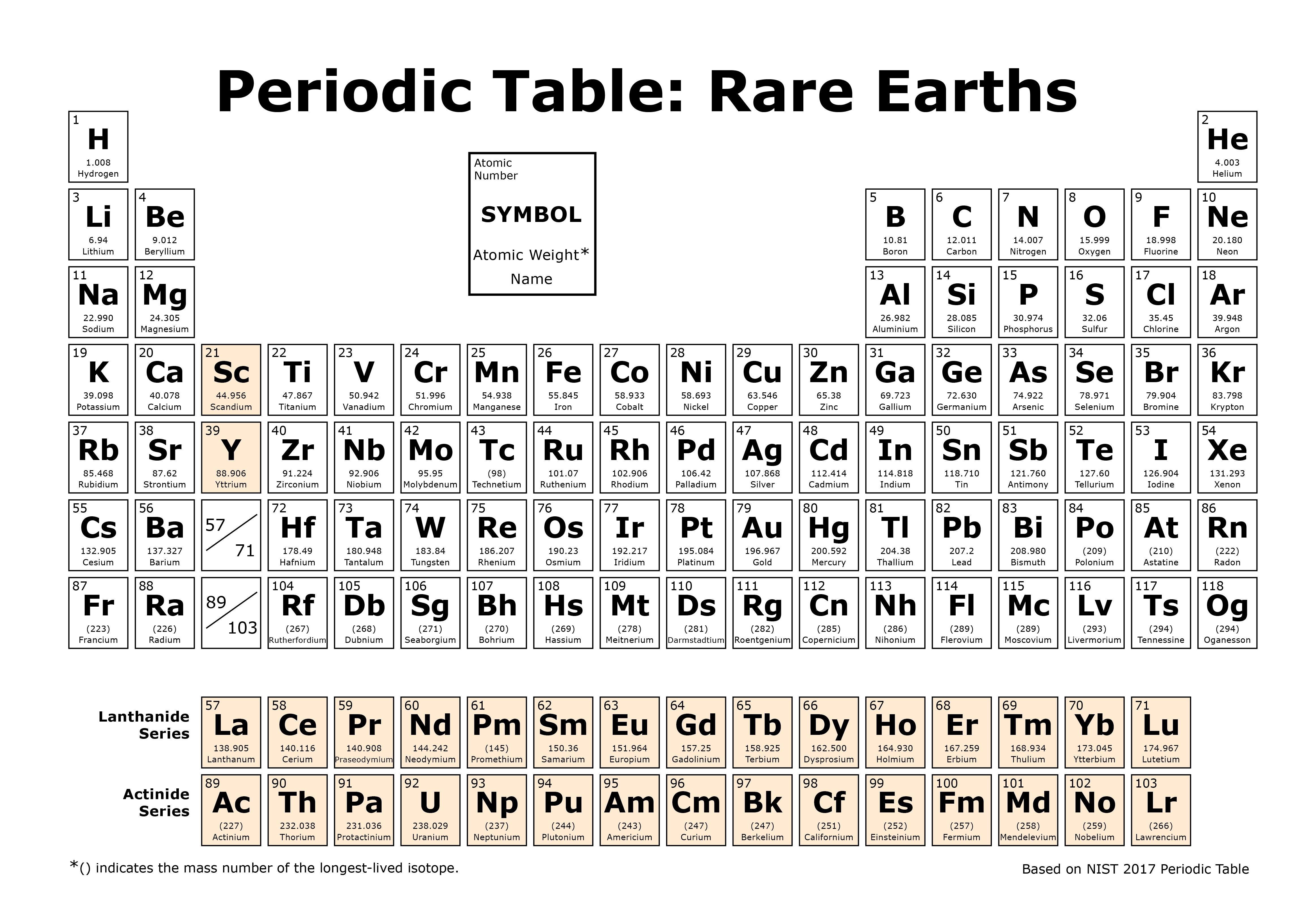 The group includes 15 elements grouped as Lanthanides, which you can see in the periodic table in the bottom two rows, plus Yttrium (Y) and Scandium (Sc). REEs are sub-divided into Heavy REEs (HREEs) and Light REEs (LREEs).

Heavy REEs have relatively higher atomic weights, and they also tend to be less common. They tend to have a smaller range of uses relative to some of the light REEs, but those uses are often vital to the technology, making it difficult to replace them with alternatives. This means that they are also potentially more valuable when they enter supply chains. HREEs are deemed ‘critical’, therefore, because the products that use them are more susceptible to supply chain disruption and production shortages. Three examples of HREEs are Dysprosium (Dy), Terbium (Tb), and Yttrium (Y). Myanmar is particularly important as a source for these three Heavy REEs, as we shall find out.

But the truth is that, geologically, most Rare Earth Elements are not rare! Most of them are widely distributed in the earth’s crust. There are equivalent amounts of some REEs (i.e. Celium) as other better known metallic minerals (i.e. Copper).

However, importantly, unlike other metallic minerals such as Cobalt, Copper, or Gold, they do not occur in large deposits where single REEs can be mined in isolation. So, although they are not quantitatively rare when considered as a total deposit throughout the earth’s crust, they are individually difficult to isolate through mining.

This has implications for the extraction of REEs, their downstream use, and associated costs, value, and emerging ‘criticality’, as will be explained below.

The term Earths reflects the process of extraction. ‘Earths’ is an archaic term that was formerly used for substances that could be dissolved in acid. REEs do not usually exist in a pure form but are obtained from deposits containing multiple minerals. Complex processes of extraction have to be used to isolate them. Sometimes this process must be repeated many tens of times. REEs are therefore ‘rare’ in the sense that they are not easily extracted, and they are ‘earths’ in the sense that they are extracted using solvents.

Their chemical names give a sense of the struggles undertaken to isolate them in the process of discovery: the etymology of Lanthanide is from the Greek for “to lie hidden”; Dysprosium, one of the heavy REEs vital for wind turbines, is derived from the Greek for “difficult to get at”.