Skip main navigation
Home / History / The History of the Book in the Early Modern Period: 1450 to 1800 / Between manuscript and print

Between manuscript and print

In this article, we look at the period between manuscript and print.
© Trinity College Dublin
A good starting point to this course is to look at how manuscript and print co-existed in the early decades of the invention of the printing press. All too often we assume that the printing press replaced manuscript production almost immediately, but the truth is far more complex and interesting. Let’s look at the Agostini Plutarch, one of the jewels of the Fagel collection in the Library of Trinity College, Dublin, to see what it can tell us about the interaction between manuscript production and the emerging print trade in fifteenth-century Europe.

Nicolas Jenson and the Agostini Plutarch

This sumptuous 1478 Latin edition of Plutarch’s Lives (Fig. 1 below) was printed by one of the most famous printers of his day, Nicolas Jenson (d. 1480). One of the most beautiful of all incunables (i.e. books printed before 1501), it is an outstanding example of how manuscript and print interacted in the late fifteenth century.It also has much to tell us about the spread of printing after the appearance of the Gutenberg Bible at Mainz, Germany, as well as the markets and networks which influenced the growth of printing before 1500. 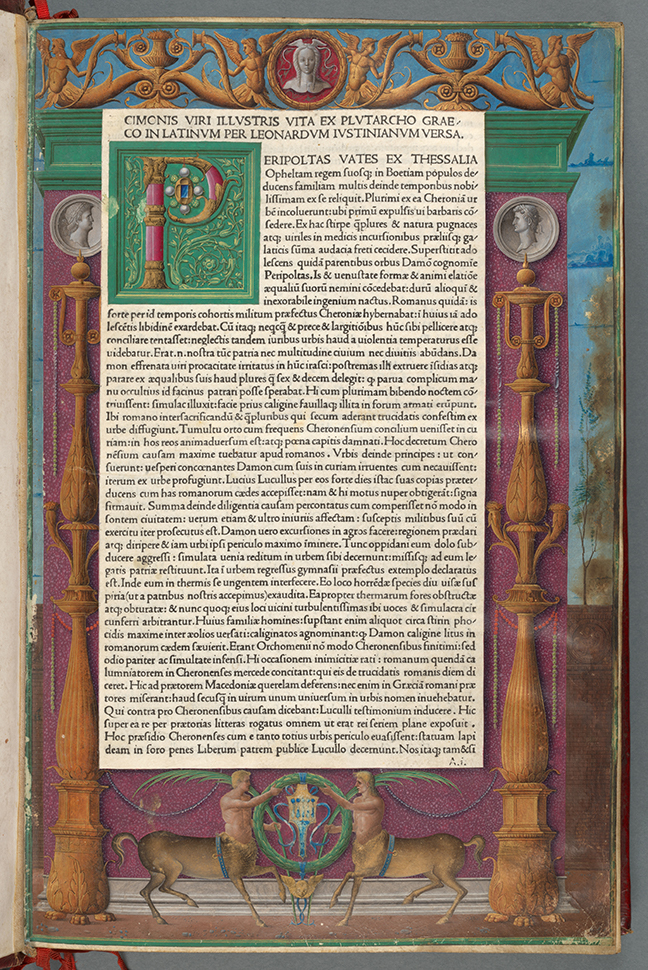 Fig 1. Plutarch, Vitae Virorum Illustrium (Venice, 1478), vol. 2, fol. 1r. © The Board of Trinity College Dublin. Jenson’s appearance on the printing scene has a whiff of fifteenth-century industrial espionage: he was said to have been sent on a mission by the French King Charles VII (1403-1461) to Mainz to report on the new printing press invention. His decision to move to Italy and set up a press at Venice was in response to the 1462 ‘Archbishop’s War’ in Mainz (between two rival candidates to the archbishopric). The war forced printers to flee Mainz and by doing so, did much to spread the new invention beyond German borders.

Jenson was not only a gifted type designer but also a pragmatic businessman. Although today he is most famous for his beautiful roman font, he was always willing to try ways of opening up new markets: for example, when it became clear in 1472 that the market for Latin classics had peaked, Jenson quietly started designing new gothic fonts for the legal and theological markets.

Fig 2. Detail of a coat of arms from Plutarch, Vitae Virorum Illustrium (Venice, 1478), vol. 2, fol. 1r. © The Board of Trinity College Dublin.As the Agostini Plutarch demonstrates, this attempt at diversification did not stop him producing Latin classics – but only when he was assured of financial backing and a lucrative market for them. Crucially he was adept at attracting potential financial patrons, among whom were the wealthy Agostini banking family of Venice. We can see the Agostini coat of arms in this detail of the first page (Fig. 2 above) and it is likely that this parchment copy was made especially for the family.

The Agostini Plutarch was illuminated (i.e. decorated) by the Master of the London Pliny who was active in Venice at that time. The combination of print and illumination was relatively commonplace since printers, far from wishing to present their work as innovative, sought to appeal to already well-defined manuscript markets.Though not all printed books might be so lavishly illustrated as the Agostini Plutarch, many incunables often left space for decorative initials to be added later by hand. In this way, the first few decades of the advent of print in the West ironically witnessed an upsurge in the illuminators’ trade before other forms of printed decoration became integrated into the printing process.

Jenson’s 1478 edition of Plutarch’s Lives was, like the Gutenberg Bible before it, printed on both parchment and paper. The paper version was much less heavily illustrated and this, coupled with its use of paper, made it cheaper. Other indicators of attempts to find new markets for such texts may be seen in two books dating from 1470, both printed by Vindelinus de Spira at Venice. 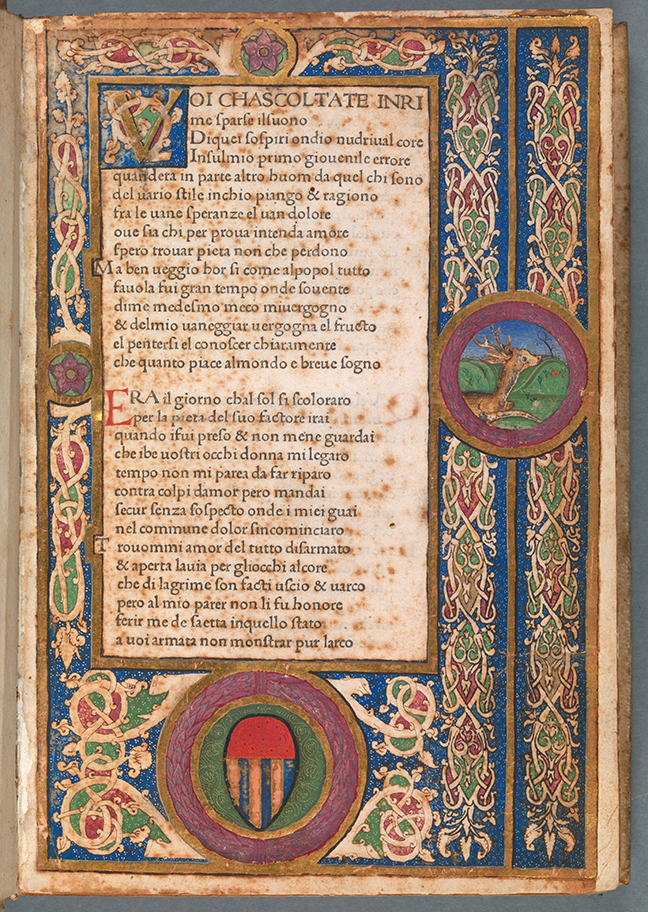 Fig 3. Woodcut templates on the first folio of Petrarch, Canzoniere (Vindelinus de Spira, 1470), fol. 1r. © The Board of Trinity College Dublin.In Trinity’s copy of Petrarch’s Canzoniere (Venice, 1470) above, we can just make out the use of woodcut templates (a cheaper form of illustration), while the opening page of Trinity’s copy of 1470 Virgil’s Opera leaves the shield at the end of the illustration blank so that it might be later filled by a potential purchaser. 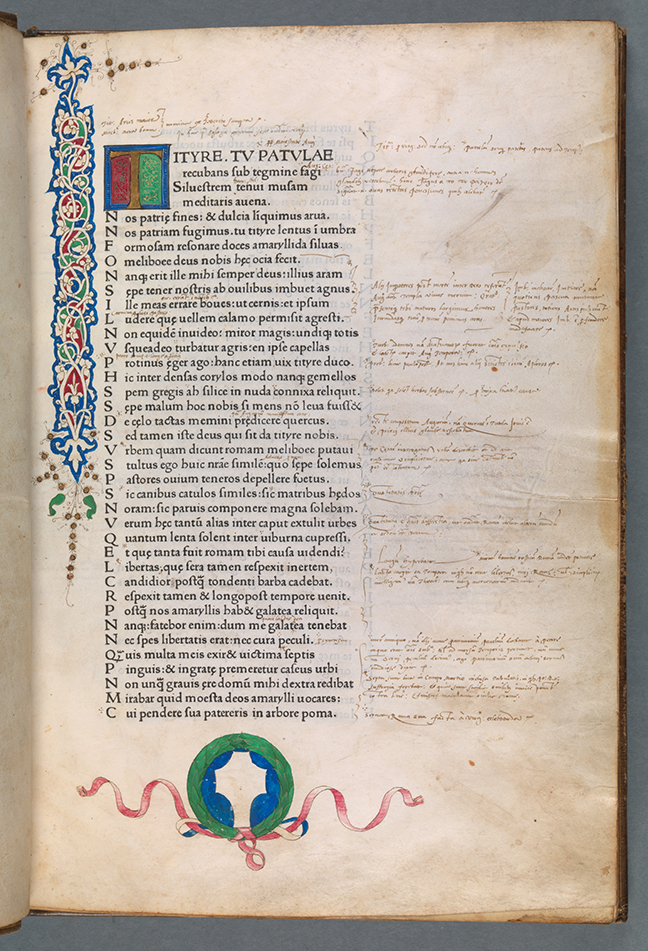 Fig 4. Virgil, Opera (Venice: Vindelinus de Spira, 1470) fol. 1r. © The Board of Trinity College Dublin. In the comments section below, give your thoughts on this discussion question:

Hi there! We hope you're enjoying our article: Between manuscript and print
This article is part of our course: The History of the Book in the Early Modern Period: 1450 to 1800