Skip main navigation
Home / History / The History of the Book in the Early Modern Period: 1450 to 1800 / Tracking provenance

In this article we look at tracking provenance.
© Trinity College Dublin
This week we are thinking about how early printed books were consumed – not only about how they were read, and by whom, but about how they were bought, collected, preserved, and passed on. These issues all relate to the important subject of provenance. In a general sense, the word ‘provenance’ means the place of origin or earliest known history of something. However the word also has a more technical meaning, relevant to the collection of all sorts of historic objects, works of art and antiques. When we speak about the provenance of an object, in this sense, we mean its record of ownership.Provenance is vitally important – and sometimes very controversial – for collectors of all sorts of objects, especially those that are old, rare, or valuable. Because early printed books are, by definition, old, and very often rare and valuable, provenance is an important issue for librarians and book collectors. The right provenance can enhance the value of a book. Generally, it becomes more of an issue the further back we go. Modern library catalogues and records of sales generally allow us to establish a chain of ownership without much difficulty. Earlier records were often less complete to start with, and may have been lost or damaged over the centuries.Sometimes all we have is what the book itself tells us. During this course we’ll see a number of examples of people inscribing their names on their books. This is very valuable, as it allows to identify at least one of its owners – and often its first owner. We will also be looking at annotations, and these, too, can sometimes help us to identify who may have owned the book. Bookplates, library stamps, the use of coats of arms and specific binding styles can provide us with further clues.Sometimes, though, book historians hit it lucky. And this is abundantly the case in relation to one of the manuscripts of the Wycliffe Bible held at Trinity College Dublin. The Wycliffe Bible (sometimes known as the Lollard Bible) is a translation of the Bible into English carried out by the followers of John Wycliffe (d. 1384), a fourteenth-century preacher, whose teaching anticipated many of the concerns of the Reformation. It’s a reasonably rare item – about 250 manuscript copies of the Wycliffe Bible survive today in varying states of completeness. However, there are a number of features that make this copy unique, and that provide us with a fascinating insight into the provenance of this Bible.The first of these features is a small decorative P, enclosing the letters ‘eruei’, which appears on folio 217v of the volume. This appears to be the signature of John Purvey (c. 1354–1414), the so-called Lollard Librarian, who was responsible for the revision of an earlier version of the Wycliffe Bible. His mark in this copy seems to indicate that he was directly involved in its production, possibly even that he was the scribe who was responsible for copying it out. This apparently insignificant mark allows us to say something about where the manuscript originated. 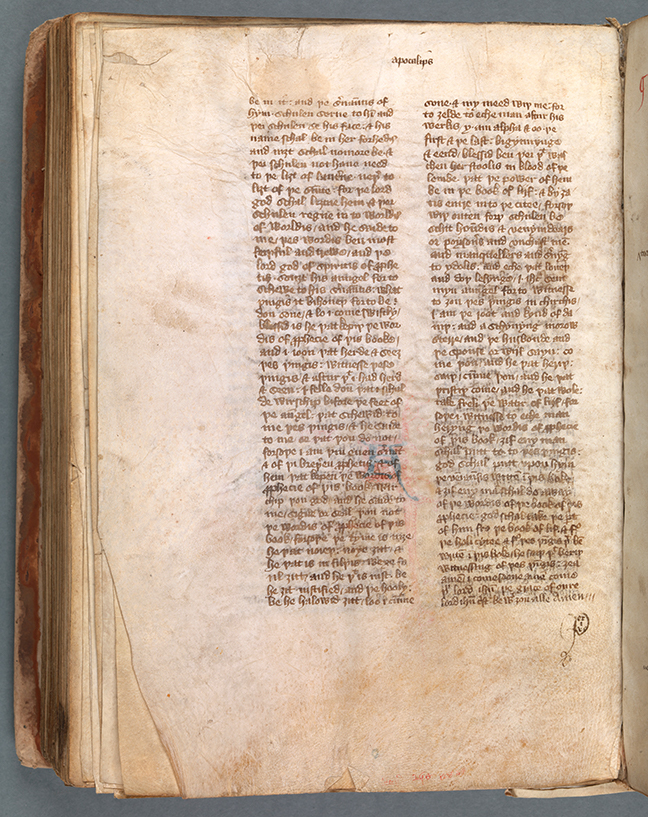 View Course
Equally remarkable is the series of annotations that appear on the front flyleaf and final folio. The first set of these is a list by Sir Henry Gates (b. before 1523, d. 1589) of the births of his children, ending with the birth of his last son on 26 May 1555. Gates was a prominent Protestant who was heavily involved in the attempted coup d’état in 1553 which sought to put Lady Jane Grey (1537–1554) on the throne of England instead of Mary I (1516–1558). He was attainted, tried and condemned to death, but on 21 November 1553 was pardoned and prospered under Elizabeth I (1533–1603). In his will, made on 20 November 1588, he bequeathed ‘all myne armes, weapons, bookes, writinges and evidences’ to his son Edward, and this manuscript may have been amongst them.But this Bible has more information to offer us about its provenance. According to a note on folio 1r, it was given to Michael Seroien by Baroness Frances Burgh (d. 1547), wife of Thomas Burgh (d. 1597), who was briefly Lord Deputy of Ireland. Frances was the daughter of John Vaughan, who was a close friend and ally of Sir Henry Gates. Seroien added a note about the gift of the book as well as a Latin acrostic poem (one which each letter of the first line spells out a word) based on the letters of his name. Seroien fled from Catholic oppression in France, and John Scattergood and Guido Latré have discovered his record as a B.A. student at the University of Louvain. 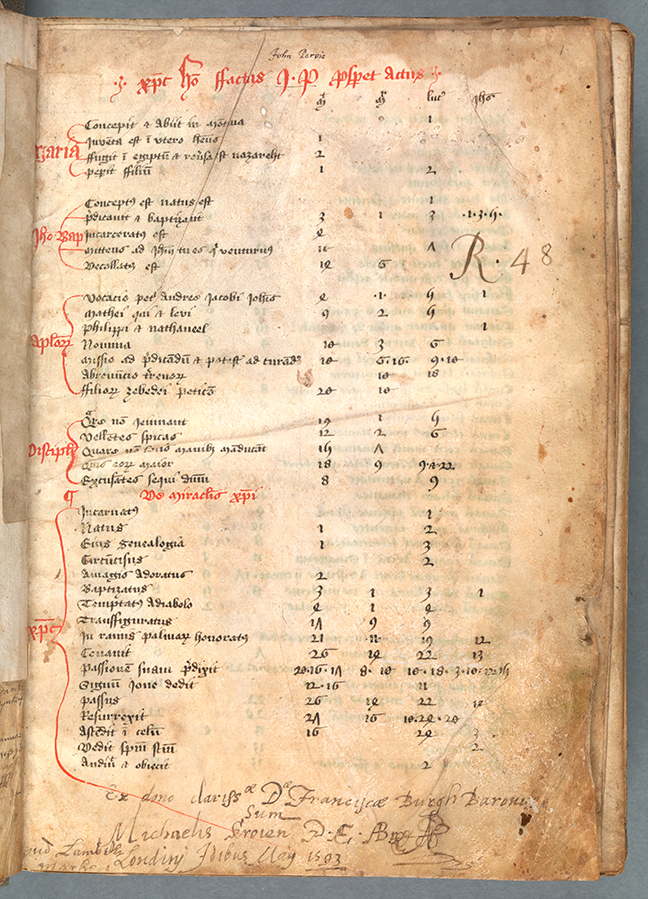 Fig 2. Folio 1r of TCD MS 75, recording its presentation to Michael Seroien. © The Board of Trinity College Dublin. (click to expand)At this point the trail goes cold. Somehow, the manuscript got from Seroien to James Ussher (1581-1656), and from Ussher it reached the library of Trinity College Dublin, where it has remained ever since. Its story since it was first produced is marked by large periods of obscurity, but this makes the glimpses of its history that we do have all the more fascinating.

Hi there! We hope you're enjoying our article: Tracking provenance
This article is part of our course: The History of the Book in the Early Modern Period: 1450 to 1800