Skip main navigation
Home / History / The History of the Book in the Early Modern Period: 1450 to 1800 / Survival of manuscript

In this article we look at how manuscript survived.
© Trinity College Dublin
The obituary of the book has often been written. Since the early 2000s, at least, its demise has been confidently foretold and its replacement by e-readers and digital texts prophesied. But the book lives on in rude good health and shows no sign of dying anytime soon. It is true that Kindles and iPads have changed how we read, but they seem, so far, to have supplemented books rather than replaced them. The relationship between how printed book and electronic text are read gives us a fascinating parallel to that between manuscript and print. In the sixteenth century, as in the twenty-first, a long established medium of communication was challenged by an exciting new technology. And the outcome of that struggle was neither so quick or so simple as historians have long believed. Until relatively recently, many historians believed that print had broken into sixteenth century Europe like a technological tsunami, sweeping an older manuscript reading culture irresistibly out of its way.Only more recently have historians begun to appreciate that the success of print was much slower and much less inevitable than it seemed, and that manuscript and print publication both had a role to play in the circulation of knowledge at that time.Indeed, as we have seen in week 1, early printing was more concerned with mimicking manuscripts, rather than replacing them. In the same way as early websites were modelled closely on the structure of printed books, the first printed books aimed to look as like manuscripts as possible. It would take some time – and many difficult lessons in supply and demand – until printers were able to confidently produce books that took advantages of all the potential of the new medium.But the emergence of a stable print market did not spell the end for the older way of reading. This is illustrated by a letter written in April 1619 by the English poet and preacher John Donne (1572-1631). With the letter, Donne sent his friend Sir Robert Kerr, 1st Earl of Ancram (c. 1578–1654) a manuscript copy of Biathanatos, an odd exercise on the topic of suicide, which Donne acknowledged to be ‘a misinterpretable subject.’ The volume came with strict instructions for Kerr: 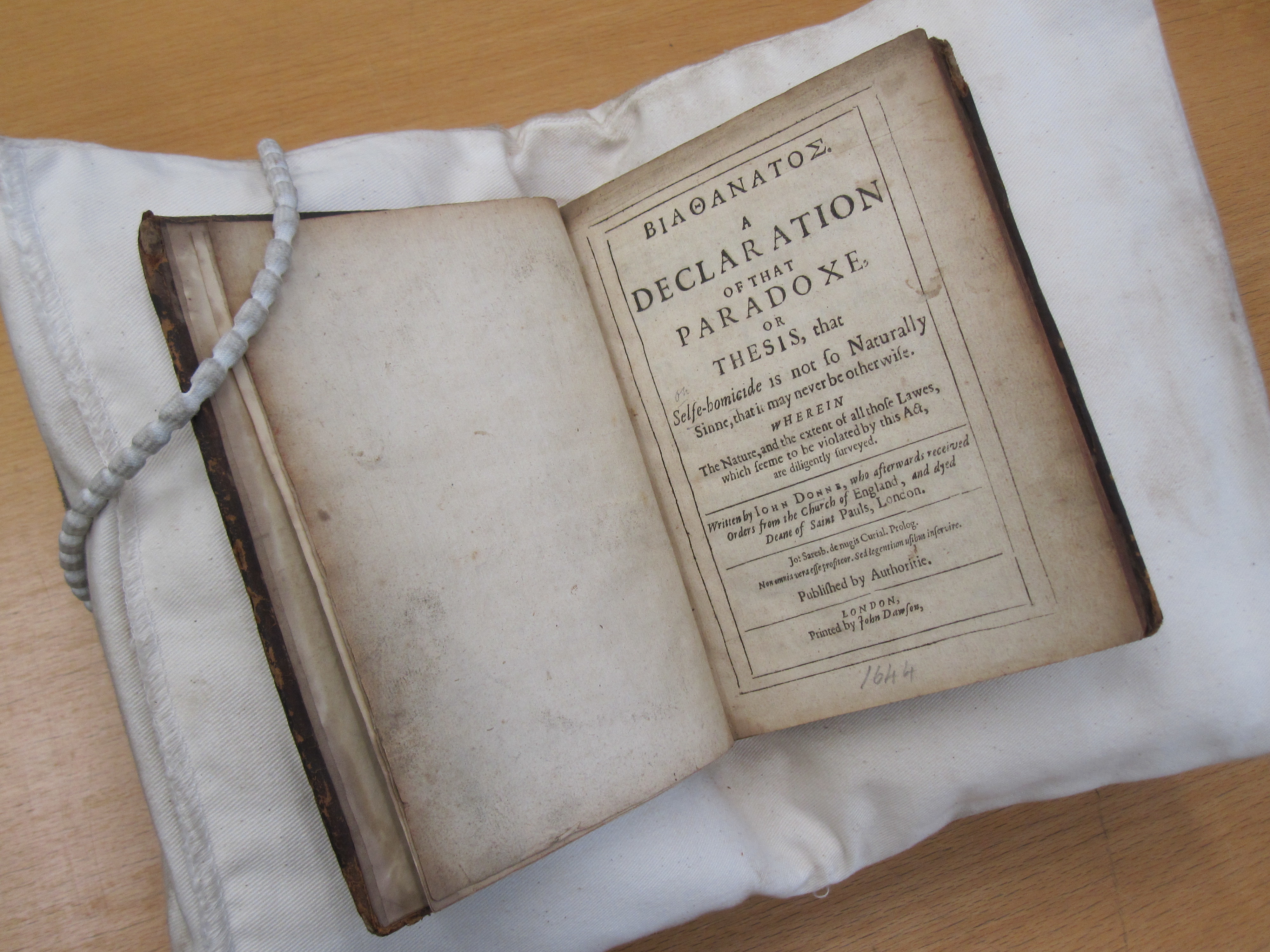 Fig 1. John Donne Biathanatos (London, 1644), title page. © Wikimedia commons
Although Donne thought his manuscript too dangerous for publication in print, he thought too highly of it to request its destruction. Instead, he wanted to remain in manuscript, and it did, until his son, John Donne Jr, published it in 1644.
From our perspective, there would seem to be little difference between a book being destroyed and existing only in a single copy, carefully locked away as a memento of a departed friend. But for Donne, and his contemporaries, there was a middle way between publication and total obscurity, an established means by which works could be circulate amongst a confined circle of suitable readers (a ‘coterie’), with a greatly diminished risk of general scandal and of unpleasant repercussions – which was important in an age where publishing the wrong thing could result in you losing your ears, your liberty, or your life.
This coterie publication in manuscript has been challenging for later scholars to reconstruct, not least because it was designed to be opaque to those who did not belong to the coterie. However, amongst the manuscripts that survive from the sixteenth and seventeenth centuries we can catch glimpses of this half-lost world. One category of such manuscripts is known as the ‘verse miscellany’, of which TCD MS 877 is a very fine example. 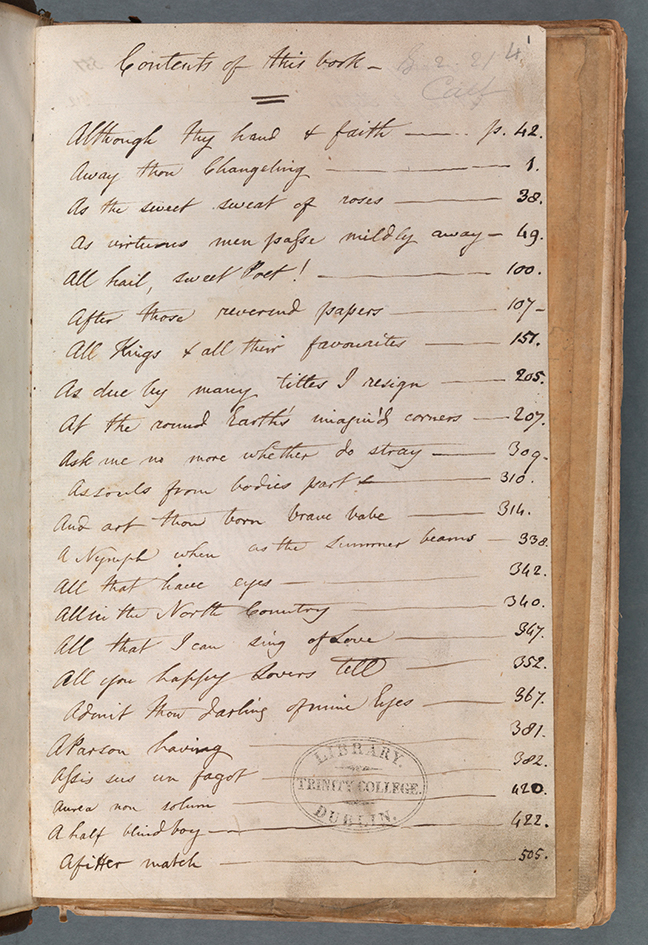 Fig 2. TCD MS 877, fol. 1r, showing the first page of the ‘Table of Contents’. © The Board of Trinity College Dublin.
These are manuscripts that contain compilations of texts, mostly poems, by different authors. They were typically owned by wealthy and well-connected individuals, who would have added to them at every opportunity. Poems, in manuscript would be loaned, copied, and exchanged, passing from hand to hand within a controlled group. This was how the poems of poets like Thomas Carew (1594/5-1640), Philip Sidney (1554-86), and John Donne circulated. MS 877 contains poems by Donne, George Herbert (1593-1633), James I (1566-1625), Francis Beaumont (1584/5-1616), and a number of others. Like an early modern poetic Pinterest, this volume is both a very personal collection and a fascinating glimpse at a whole social network sustained by the continuing use of manuscript circulation, a century and a half after the birth of European printing. 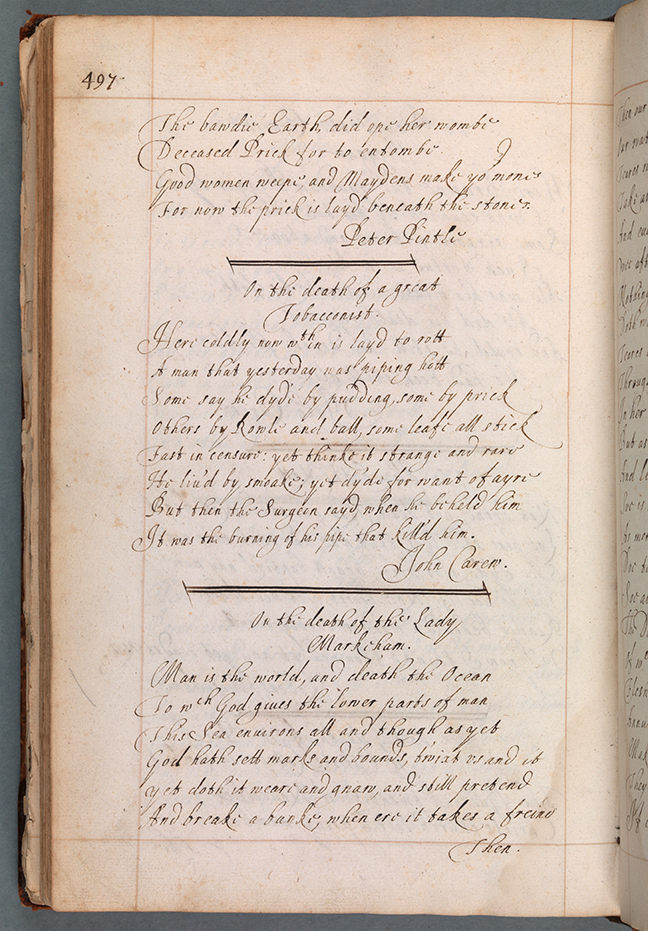 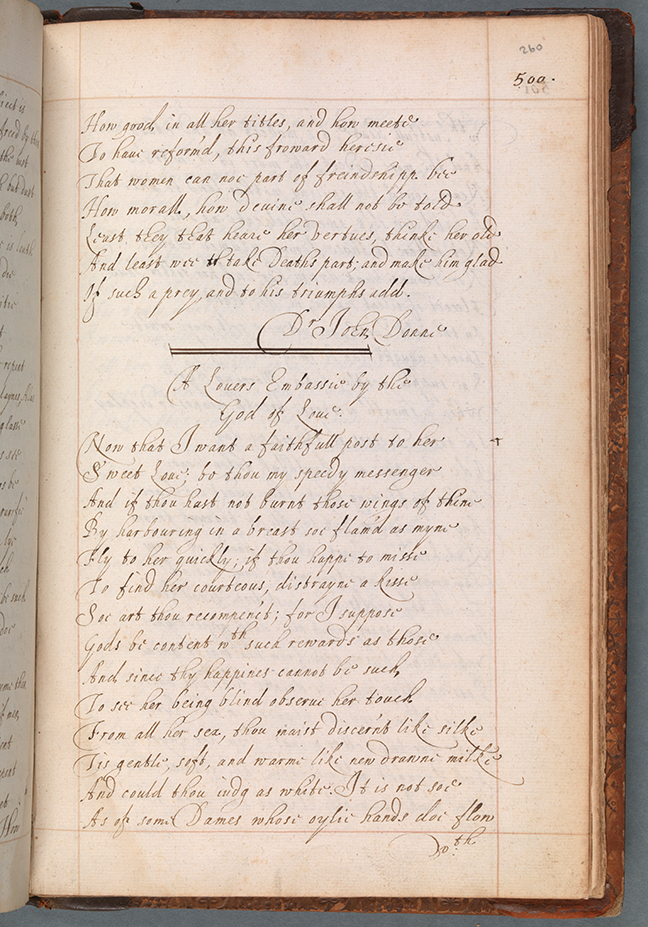 Hi there! We hope you're enjoying our article: Survival of manuscript
This article is part of our course: The History of the Book in the Early Modern Period: 1450 to 1800