Why do computers use binary?

If a computer worked in denary, then for each digit, it would need to be able to store one of at least ten different possibilities.

Start by thinking about the most simple use case: computers need to store data. If a computer worked in denary, then for each digit, it would need to be able to store one of at least ten different possibilities. At the hardware level, that would mean using some electronic component that could be in any of ten different states, to represent the ten digits from 0 to 9.

Such components do exist. In fact, there are components that can represent an almost infinite number of states — but they are unwieldy and complicated to use in electronic circuits.

A much simpler component would be one that has only two states — on or off, for instance. A component like this is called a switch.

You are now going to look at how a switch can be used to store binary numbers. Shown below a simple circuit. You don’t need to understand exactly what is going on, but notice that at the top, the multimeter shows a reading of 1 V. That is a 1. 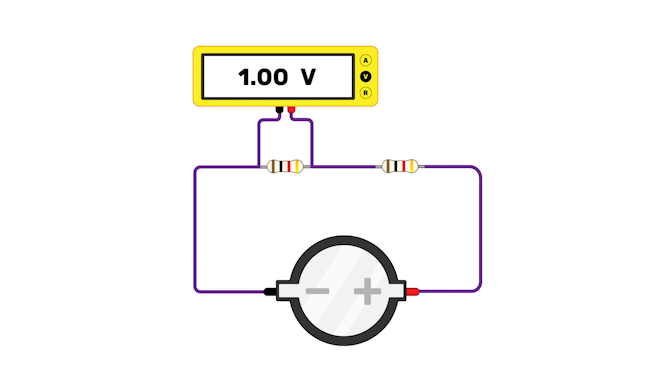 You want to be able to change the state of this circuit using a simple component, so you add in a switch. With the switch in place, the circuit state can be controlled by flipping the switch.

If you want more digits, you just need to add in more circuits, and you can represent as large a binary number as you need. You just need one switch for every digit you want to represent.

The switches used in modern computers are so cheap and so small that you can literally get billions of them on a single circuit board.