What is a NAND Gate?

In this step, you are going to have a look at how transistors can be combined together to form what are called logic gates, and in particular you will look at the NAND gate.

In this step, you are going to have a look at how transistors can be combined together to form what are called logic gates, and in particular you will look at the NAND gate.

You may already know how transistors can be used to represent the value 1 or 0 by acting like simple switches. You are now going to look at combining these transistors together so they can perform more complex operations.

The diagram below shows a circuit containing two transistors. Again, you don’t have to understand what is going on in this circuit, just as long as you can understand the basic inputs and outputs. 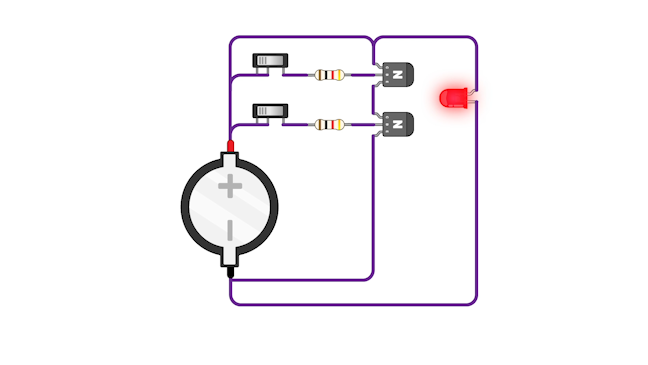 This arrangement of transistors is called a NAND gate, and you’ll learn about why later.

Now, rather than drawing two transistors every time you want to represent a NAND gate, you can use a symbol that looks like this.

So the full truth table for a NAND gate is as shown below. 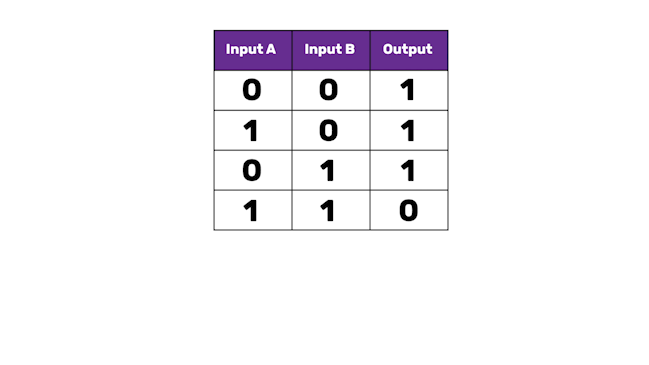 You can play with your own simulation of a NAND gate on the website CircuitVerse. 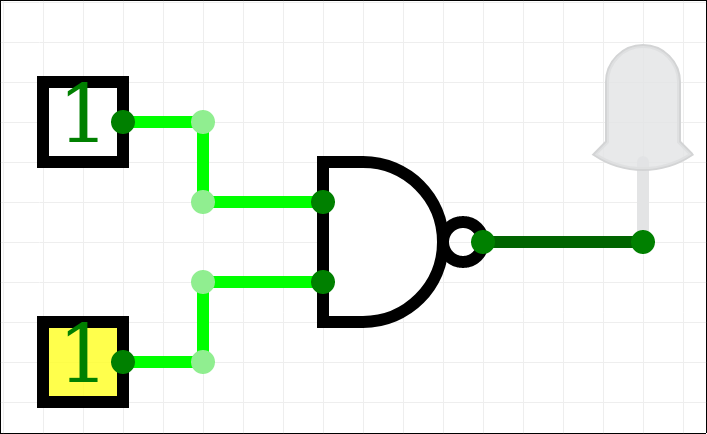 Here, you can select different gates, and choose inputs, which can be 1 or 0, with outputs in the form of a digital LED. This will allow you to play around with a NAND gate and investigate the truth table for yourself.

You could even have a go at experimenting with different types of gate.