All the other gates

How can NAND gates be used to create a wide variety of other logic gates? Watch as Marc Scott explain NOT, AND, and OR gates, and more.

In this step, you are going to recap some of the logic gates you have already met, and look at all the other gates.

You should be familiar by now with the basic NAND gate and its truth table.

In the last step, you also tied the two inputs of a NAND gate together to make what is called a NOT gate. This also has its own symbol. The diagram below shows again how it is made from a NAND gate, and then shows the symbol for a NOT gate. 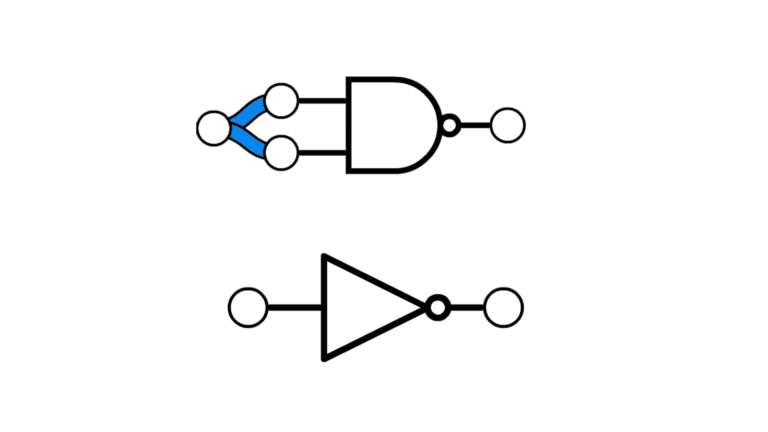 In the video, I also went over the construction of an AND gate and showed you its truth table. Here they are again, with the symbol for an AND gate.

You also independently put some NAND gates together in the configuration below, and worked out its truth table. This is called an OR gate and also has its own symbol.

Another type of gate you can make is called an XOR gate (‘eXclusive OR’). Its output is 1 when one, but not both, of its inputs is 1. It can be assembled from four NAND gates like this and has the symbol shown:

Any of the basic gates can be combined with a NOT gate to reverse the output. When this happens, the new gate created has an N inserted into the name, and the symbol has a small circle added to the front. 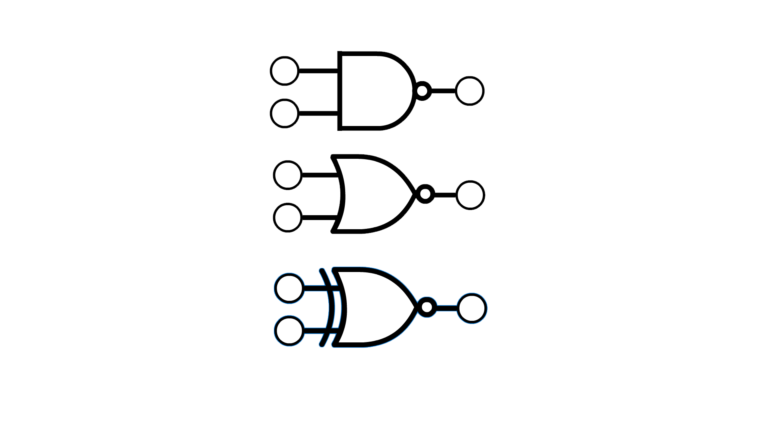 There is a downloadable PDF with a summary of all the gates and their NAND equivalents at the bottom of this step.

In a later step, there’s going to be a quiz on truth tables and logic gates, so it might be worth spending a little time reviewing the previous steps from this week, to ensure that you can answer all the questions.