Find out more
Home / IT & Computer Science / Secondary Education Teaching / How Computers Work: Demystifying Computation / What is the difference between bits, bytes and nibbles?

What is the difference between bits, bytes and nibbles?

Here, we are going to have a quick look at the naming system that is commonly used when talking about binary numbers and data. 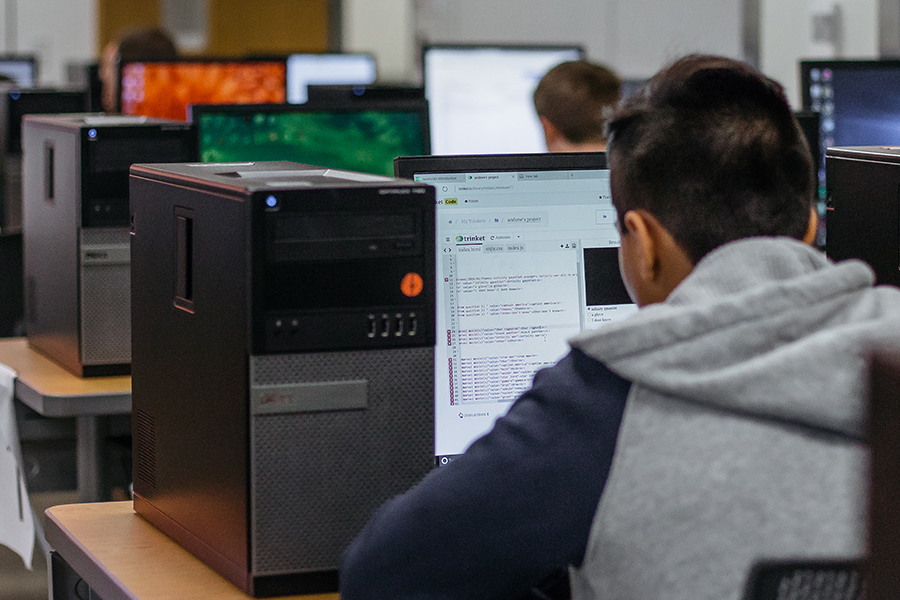 Here, we are going to have a quick look at the naming system that is commonly used when talking about binary numbers and data.

When counting in binary, you only use the digits 1 and 0. These are called the binary digits, which is normally abbreviated to bit.

Often, I talk about bits of data, flipping bits, shifting bits, etc. In each case, I am talking about manipulating a single binary digit.

Historically, when computers were first being designed, single characters of text were represented using eight bits.

A collection of eight bits, therefore, came to be the smallest unit of storing data, and so deserved a name all of its own. A deliberate misspelling of bite was chosen, and so the name byte came into being, so it would not be confused with bit.

Keeping with the theme, a half byte (4 bits) was given the name nibble. This number of bits was fairly important in tiny computers called microprocessors.

For larger numbers of bits, you use the standard scientific nomenclature for large multiples: kilo-, mega-, giga-, etc.

The International Electrotechnical Commission has made these terms an international standard for the computer industry to use.