Skip main navigation
Home / History / Archaeology / A Question of Time: How We Date Human Evolution / Examining Human Fossils: What Are the Principles of Dating?

Examining Human Fossils: What Are the Principles of Dating?

Identifying the age of human fossils does not always mean directly dating the fossil itself. Let’s look at some of the basic principles of dating. 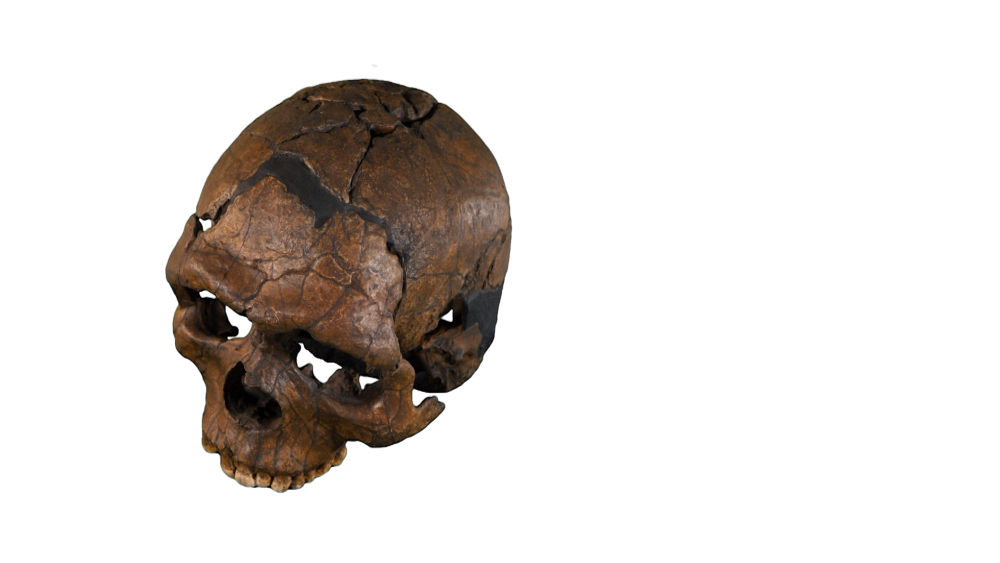 The idea of “correctness” in dating human fossils comes with a few challenges around the issues of precision and accuracy. Our response is to use as many different dating methods as we can on the same target. These different dating methods do not only refer to the science used for dating, but also what we are dating. A human fossil is usually found within a specific context. It may have been excavated through layers of soil and clay in a hill. Or it may have been discovered at the bottom of a deep cave, along with numerous other fossils and artifacts and sediments. This context is important. Immediately the archaeological mind starts asking questions. How did the organism decay and form the fossil? Has it been disturbed since death? Other questions include:It is very important to understand how a site is formed (the subject of taphonomy). For example, if we find bones that are still in the right anatomical position (articulated), say the various bones of a hand or a foot, then we are sure that the hand or foot was deposited as a whole in that layer. The skin and muscles decayed and only the bones were left. This demonstrates that the fossil and the layer in which it was found are of the same age. Unless, of course, it was a grave. However, if we find a single bone in a layer, it may be as old as that layer, but it could also have been reworked from an older layer. By dating a number of animal bones, shells, sand grains etc. we can see whether the results are scatter (indicating disturbance or reworking) or give a single age population (i.e. they formed at the same time).

These are only a few examples of the questions that are asked – but you can see how important context is. If we can be reasonably sure that the material in which the fossil was encased is of a similar age to the fossil, then dating this material provides us with an alternate means of dating the fossil.Dating these associated materials and artefacts to arrive at a possible date for the fossil is called indirect dating. The dating of the fossil itself, is called direct dating.Indirect dating is important because it gives us more opportunities to measure. And the more measurements we take, the more we can compare results to check for correctness. Another advantage of indirect dating is that dating sand, or sediment, or calcitic crusts, or animal bones does not require us to conduct destructive testing on the precious human fossil itself. Some of these results may be much more reliable on that material, than a date on the human fossil.The principles involved are fairly simple. Under ordinary circumstances, it would be reasonable to assume that whatever is lying below the fossil is older than the fossil. Whatever the fossil is lying within is of a similar age. Whatever is lying above the fossil is younger than the fossil. We call these different layers the stratigraphy of the site. Of course, geological disturbances, man-made disturbances and natural disturbances (by the actions of animals, or water for example) – may all add an element of uncertainty. This means that once again we are making some assumptions – even with such a seemingly straightforward fact as the context in which the fossil was discovered.

This is one of the reasons why we say that every fossil discovery brings with it a multitude of questions. It also explains why sometimes direct dating and indirect dating produce quite different results. But this is not always the case. Sometimes the indirect dating results confirm the direct dating results.An advantage of direct dating is that it does mean we don’t have to deal with all the uncertainty that may surround the context. There are times, however, when we simply cannot directly date a fossil, because of a range of constraints with the dating method, or the fossil itself. In these cases, we must rely upon indirect dating.We’ve already mentioned that ages can be determined by stratigraphic layers. For each stratigraphic layer, the principle states that any given layer is older than the one above it, and younger than the one below it. This is called the principle of superposition. The older layers are at the bottom.The principle of superposition allows us to order the fossils at a single site. Fossils found in the lower layers of stratigraphy are older than the ones found in the middle layer, which are in turn older than the fossils found in the upper layers. Note that we are not arriving at specific dates here. We are using a principle known as relative dating. We are ordering the fossils in relation to each other. This can only be done at a single site (though other principles can be used to help date fossils at other sites).In contrast to relative dating is the principle of numerical dating. These methods provide a result that is given as a chronological estimate. So rather than saying, “Fossil B is older than Fossil A” (relative dating), we are saying “Fossil B is 170,000 to 192,000 years old” (numerical dating). From this, of course, we could then conclude that Fossil A is likely to be younger than the age range of 170,000 to 192,000 years that has been given for Fossil B.
© Griffith University

Hi there! We hope you're enjoying our article: Examining Human Fossils: What Are the Principles of Dating?
This article is part of our course: A Question of Time: How We Date Human Evolution