The discoveries at Jebel Irhoud span decades. But what has been found there? 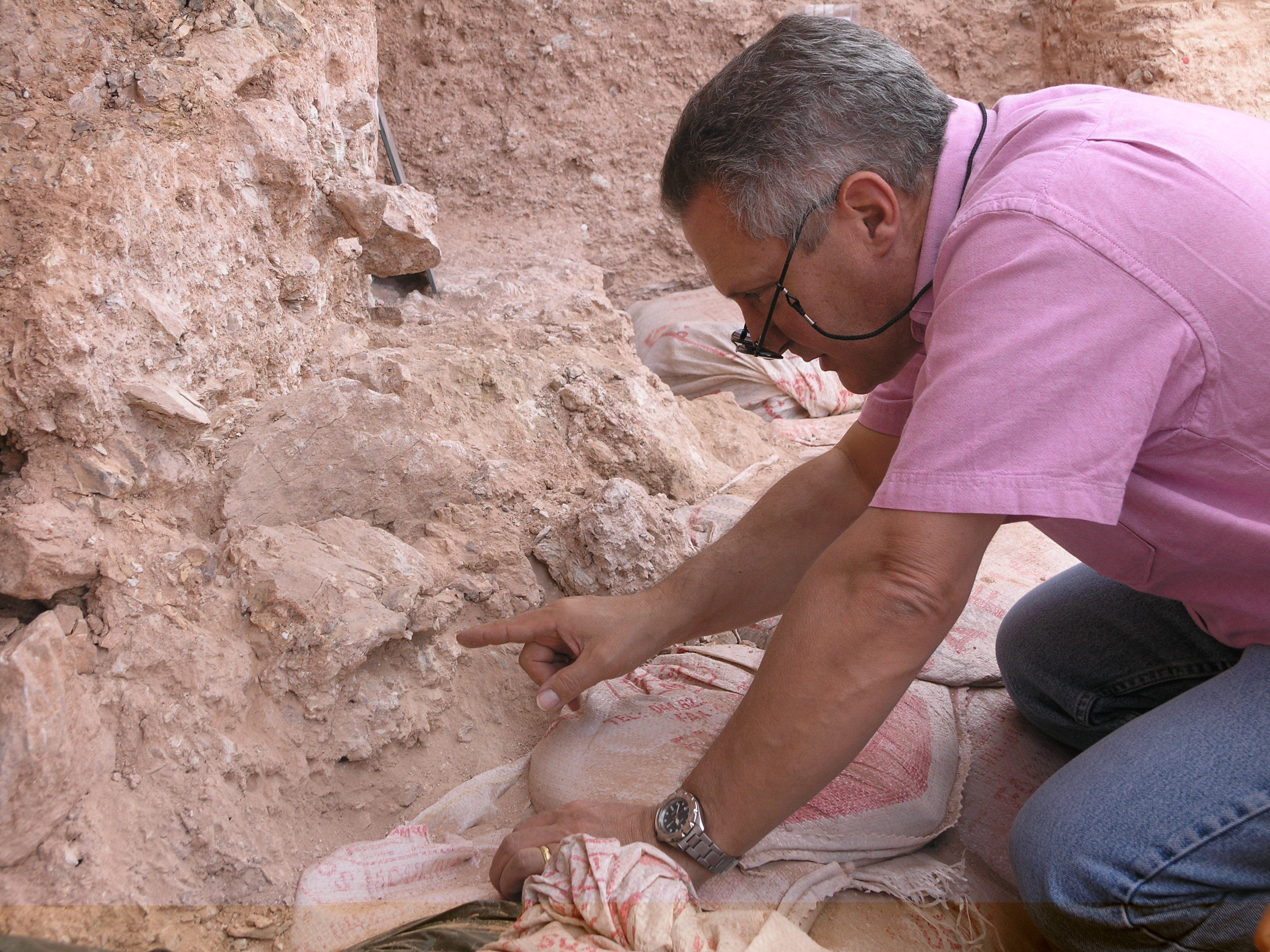 The discoveries at Jebel Irhoud span decades. But what has been found there? In the 1960s, the barite mining operation unearthed an almost complete skull (known as Irhoud 1). This was an accidental discovery, and no stratigraphy or other associated materials were preserved – we have very little context, other than a rough area where it may have come from on the site (Hublin et al., 2017). In the subsequent excavations in the early 1960s, a series of mammal fossils were uncovered, but again we have no stratigraphy for these finds (Shaw and Jameson, 1999). Excavations in the late 1960s uncovered an adult braincase (Irhoud 2), a juvenile human mandible (Irhoud 3), a humeral shaft (part of the upper arm), an ilium (part of the hip bone) and a fragment of a mandible – along with further animal remains and stone tools (Hublin et al., 2017). Only the humeral shaft (Irhoud 4) has a recorded stratigraphy, with the rest of the finds simply being reported as coming from the bottom of the archaeological deposits. Whilst these days we wince at the lack of precise reporting from these earlier excavations, it would be interesting to know what future generations of researchers are going to say about the archaeological and testing methods that we use today. The later excavations from 2004 have uncovered more than twenty human fossils. These include an adult skull (Irhoud 10), a nearly complete mandible (Irhoud 11) and other skull and teeth fragments (Hublin et al., 2017). Stone tools and animal fossils (such as gazelle, zebra and wildebeest) have also been recovered (Richter et al., 2017). The stratigraphy and associated artifacts and geological materials have been carefully recorded and preserved for these later finds. Jebel Irhoud is a complicated site for the modern researcher. We have fossils with no stratigraphy or context, fossils with possible context, and fossils with carefully recorded stratigraphy. We have fossils uncovered by accident, and fossils that have been carefully sought out. We have a range of hominin fossils, animal fossils and stone tools.

View Course
By this stage of the course, you are probably already starting to see some of the ramifications of all of this to the way that we approach our Question of Time…

How about it? With what you have learned so far about the principles of dating and the methods that we use to date human fossils, see if you can identify some of the challenges that face us when we date the fossils from Jebel Irhoud. Please select the comments link and post your thoughts.