Stratigraphy and the Homo Floresiensis Skeleton

In this article, we talk about stratigraphy dating methods and the Homo floresiensis skeleton. 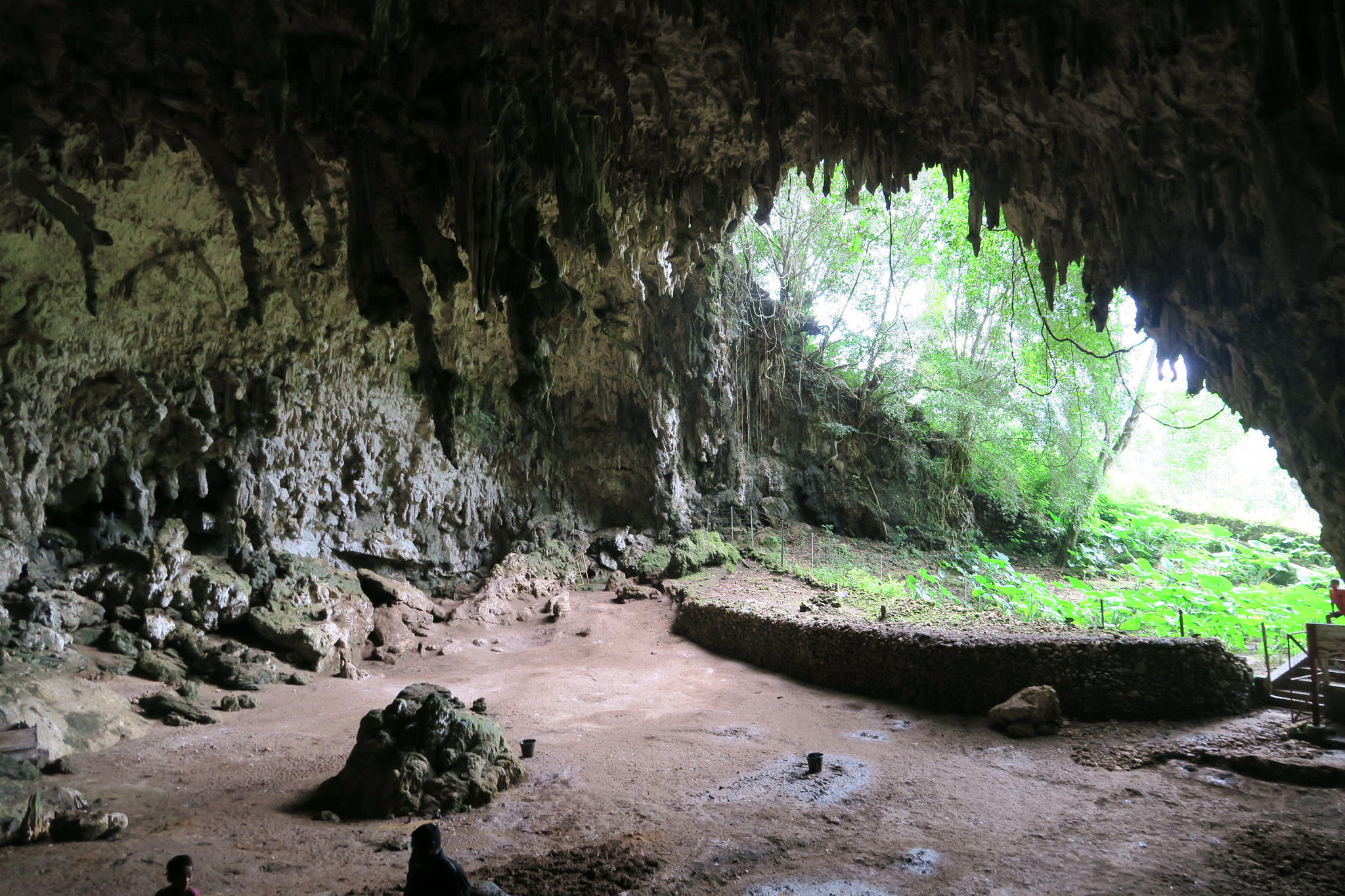 To date Homo floresiensis, the original researchers turned to the stratigraphy. When the Homo floresiensis skeleton (LB1) was recovered, it was extremely fragile and was not fossilized (Brown et al., 2004). As it was the only one of its kind, it was also extremely precious, and researches did not want to risk damaging it by conducting direct dating tests on it (Gramling, 2016). As you know from last week when we looked at C-14 dating, that direct dating process is destructive.Instead, the researchers turned to the stratigraphic layers, in which the remains had been found, to provide indirect dating. They had mapped the stratigraphy, and the sequence appeared to extend across the cave floor in a consistent manner. If they could date materials from similar levels in other parts of the cave, then they could establish a date range based upon these stratigraphic associations (Morwood et al, 2004). They could also avoid damaging the important skeletal remains.Three charcoal samples were taken from the lowermost excavated deposits and their C-14 content was measured using an accelerator mass spectrometer (AMS). You saw an AMS in action last week, when we covered C-14 dating. One sample returned a calibrated age range of around 13,000 years. The other two samples had C-14 ages of around 18,000 years.

As you also now know, researchers always try to use more than one dating method. The team was aware that the C-14 age seemed young for skeletal remains with primitive traits, and they wanted to confirm that the charcoal they had used for the C-14 dating had not been contaminated. Luminescence dating was applied to date sediments collected from above and alongside the skeleton. We haven’t considered luminescence dating in our course, but we still need to include its use here to reinforce the principle of using as many dating methods as possible. Luminescence dating returned dates of around 14,000 years for the sediment taken from above the skeleton, and 7,000 years for the sediment collected alongside the skeleton. These returned dates were considered to be minimum estimations of time (Morwood et al., 2004).Thermoluminescence dating was then used to provide a maximum age for the quartz from the same two samples – 38,000 years and 35,000 years. The luminescence results provided an age bracket of between 14,000 years and 35,000 years, which was consistent with the C-14 age of 18,000 years (Morwood et al., 2004).A coupled ESR and U-series dating method was used to date a Stegodon tooth that was located just below a hominin molar that was found in an older deposit. The tooth was analysed for U-series and ESR dating. Unlike the example at Jebel Irhoud that we considered, in this tooth the uranium concentrations were very high – meaning that the ESR age estimate was very dependent upon the assumed uranium uptake model. The calculated age was around 74,000 years (Morwood et al., 2004).

View Course
Dating of stone tools from the different sectors showed that they were in use from around 95,000 – 74,000 years, down to around 12,000 years.That’s a lot of dating. The conclusion was that Homo floresiensis had existed from before 38,000 years ago, until at least 18,000 years ago. Placing it in the area well after Homo sapiens first started migrating into the region (Morwood et al., 2004).

However, there were some very important additional factors that needed to be considered. Not least of which was that Liang Bua is a cave that has been scoured out of a hill by a river and has a very complicated geological history – river and volcanoes combining to fill the layers of silt and clay with volcanic ash, loose gravel and limestone. With tectonic activity thrown in to mix it all up, and erosion to wear it all down (Gramling, 2016).So the team kept looking, examining the stratigraphic layers very closely. More excavations were carried out between 2007 and 2014 that began to reveal details of the stratigraphy that were crucial to an understanding of what was going on (Sutikna et al., 2016; Gramling, 2016). In the centre of the cave, they found an important clue to help them unravel the geological history of Liang Bua. It was a buried mound, or pedestal, that consisted of many layers of stratigraphy that had not been worn away by erosion (Sutikna et al., 2016). The steep slopes of this mound had contributed to the mixed-up stratigraphy that eventually buried it, but the mound itself contained a sediment sequence that could be used to identify the order of the stratigraphy surrounding it.It became clear that the dating of Homo floresiensis from inferred associated stratigraphical materials raised very serious questions about the accuracy of those original dates (Sutikna et al., 2016). Because detailed records had been kept, it was possible to reconstruct what had gone wrong. The samples of charcoal and sediment that had been used to provide indirect dating had come from areas that lay on top of the slope of the pedestal, that did not directly correspond to the layer in which the skeletal remains had been found.

As they excavated the mound, they found a sediment layer that matched the layer in which H. floresiensis had been recovered. Dating this layer told a rather different story. This layer in which the Hominin fossils had been located dated to between 60,000 and 100,000 years ago. The volcanic layer above that dated to around 60,000 years (Sutikna et al., 2016).They also used U-series dating to date some speleothems (remember Maxime and the cave popcorn?) that had been located in layers in which H. floresiensis had been found. These gave ages of between 80,000 and 58,000 years (Sutikna et al., 2016).Given the now emerging picture of a much older species, it was also decided that it was important to directly date the skeletal remains themselves (Gramling, 2016). U-series dating of three H. floresiensis samples returned minimum ages of around 72,000 years, 67,000 years and 55,000 years (Sutikna et al., 2016).Now is probably a good time to summarise:

Hi there! We hope you're enjoying our article: Stratigraphy and the Homo Floresiensis Skeleton
This article is part of our course: A Question of Time: How We Date Human Evolution