The finds at Lake Mungo proved to be very important to our understanding of the culture of the first Australians. 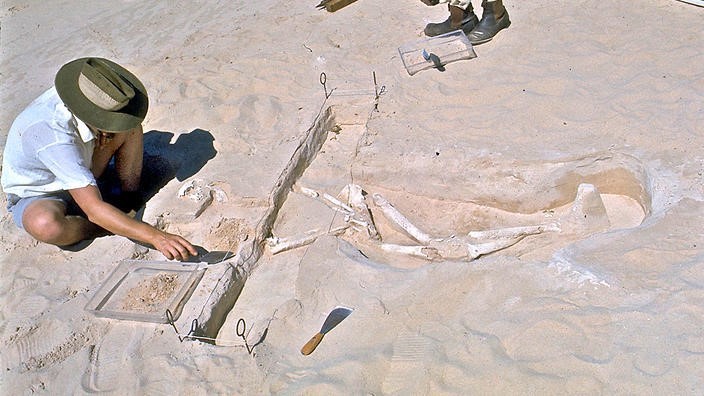 The finds at Lake Mungo proved to be very important to our understanding of the culture of the first Australians. In 1969, when the archaeological team visited the site for the first time, they identified the bone fragments provisionally as human, subject to laboratory testing. They photographed the area, identified the stratigraphical position of the finds and collected the loose bones to bring back to the laboratory (Bowler et al., 1970). Once the bones were confirmed to be human, they returned a week later to survey the site – where they ran into a freak rainstorm. The rain exposed stone tools at the site, and they also located several black, oval-shaped deposits that they identified as hearths (Bowler et al., 1970). The excavations recovered the remains of two individuals, identified as LM1 (Mungo Lady) and LM2. A quarter of the skeleton of LM1 was present. This included fragments of the cranium, and the mandible, as well as three teeth – but no enamel was retained on the teeth. Other bones included parts of the femur, spine, hands and feet. The bones had been broken and cremated. The remains were identified as belonging to a young female (Bowler et. al, 1970). Along with the tools, they also identified animal and fish bones, shells and charcoal from the hearths. These, along with the cremated remains, were providing significant clues towards an ancient culture that included specific burial practices (Bowler et al., 1970).

The excavations of 1974 recovered the near-complete skeleton of an adult male, which was identified as LM3 (Mungo Man). The remains had been laid out, and red pellets and staining around the skeleton indicated that the body had been sprinkled with red ochre before the grave had been filled in (Thorne et al., 1999). For the second time, a specific burial practice had been identified in the Lake Mungo region. There was no evidence of burning on these bones. 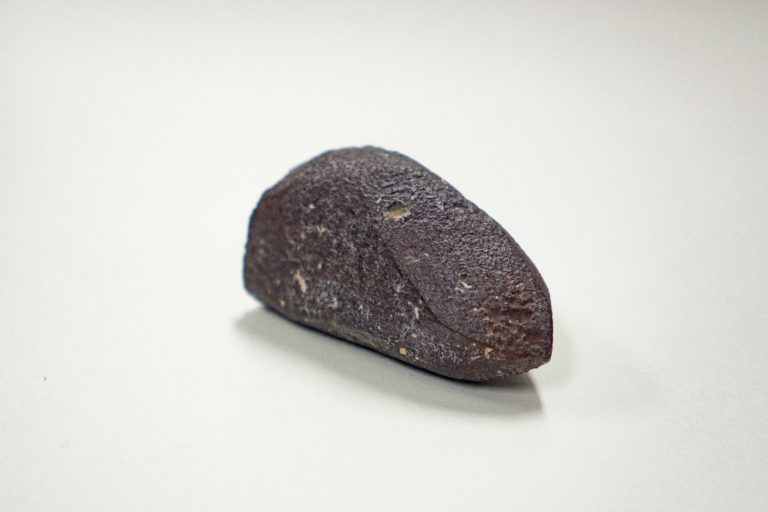 A piece of red ochre from the LM3 burial site. © Griffith University.

View Course
Wear of the teeth suggested an age in the fifties at time of death (Bowler and Thorne, 1976). The identification as a male was based upon the height of the skeleton and some conclusions made from the femur and pelvis (Thorne et al., 1977). Not all researchers agree with this conclusion, arguing that there is insufficient evidence to determine the sex of LM3 (Brown et al., 2000). Other arguments for LM3 being male come from studies of the right elbow, which showed severe osteoarthritis. This is a condition possibly resulting from years of using hunting weapons, such as the spear or woomera – the particular action of the woomera causing specific wear in the elbow (Webb, 2000; Flood, 2009). Back in the 1960s, the perspective was that human occupation of Australia only went back around twelve thousand years (for example, Bulmer and Bulmer, 1964). Mungo Lady and Mungo Man looked set to challenge that perspective. The bones were removed from site for further testing. Back then it was common practice for researchers to collect the skeletal remains of Australian Aborigines for studies, understandably a cause of much resentment amongst the Aboriginal people (Westaway and Durband, 2017). It was an element of this story that was to continue to play its part right up until recent times.

Our focus has been upon human evolution and dispersion, as we identified at the beginning of the course. Now, however, may be a good time to pause and think about what the evidence can also tell us about the culture of ancient populations. What do you think? Please select the comments link and post your thoughts.