Skip main navigation
Home / Creative Arts & Media / What Does It Mean to Be Human? An Introduction to the Humanities / Sauvages de la Mer Pacifique 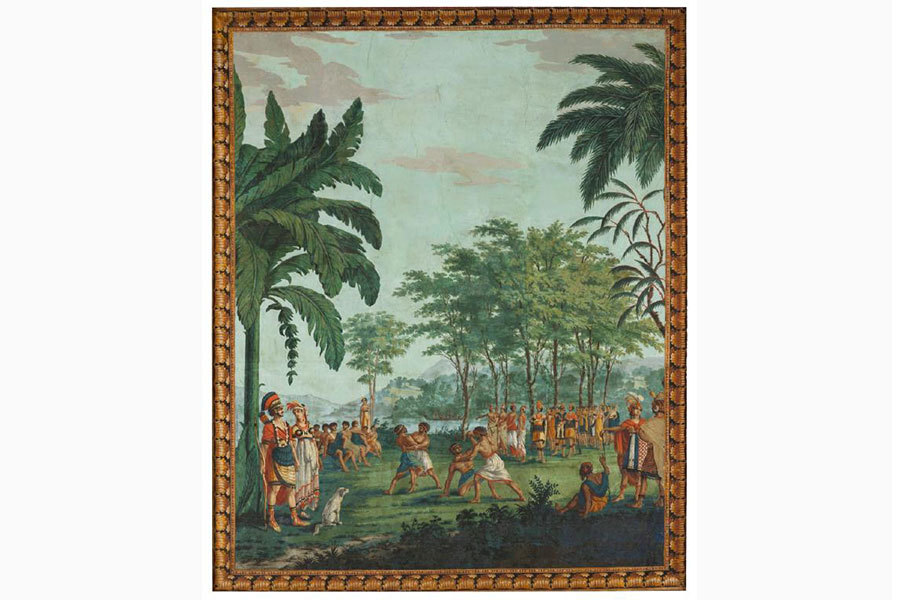 Les Sauvages de Ia Mer Pacifique (circa 1804), painted by artist and designer Jean-Gabriel Charvet, expressed ideals of European Enlightenment and progress. The National Gallery of Australia sketches in greater detail the style and production of this work, contextualising it in the artistic, political and scientific contexts of the time:

In revolutionary year XIII (September 1804 – September 1805) the French entrepreneur Joseph Dufour produced … the largest panoramic wallpaper of its time, depicting a fantasy of coloured landscapes featuring the people, events and places encountered during the exploration of the Pacific. 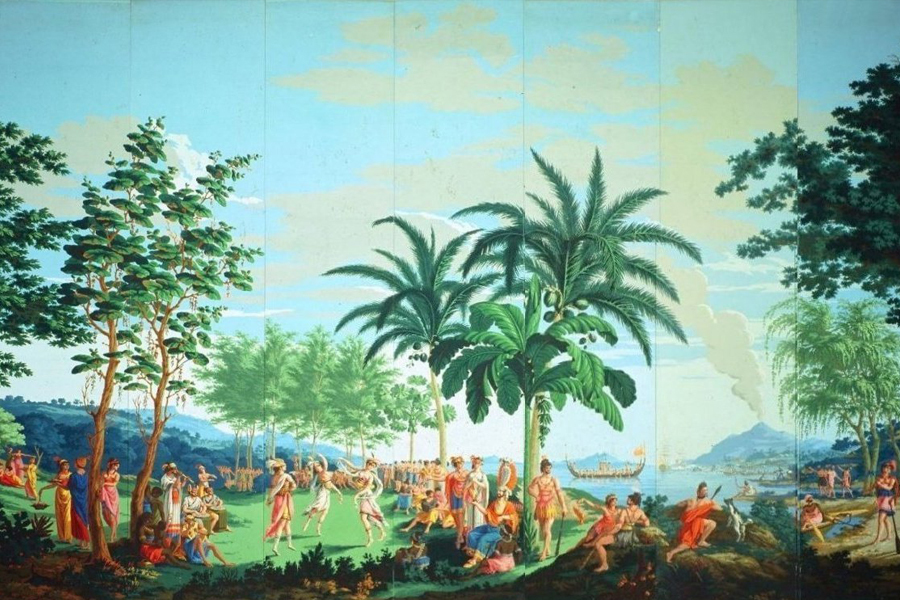 Details of many of the panels of Les Sauvages de Ia Mer Pacifique—it was over 10 metres in length—can be found on Wikimedia Commons. Explanations/descriptions of each panel can also be found on Wikipedia.In the next step, we’ll look at this colonial artwork through a postcolonial lens.

A question or portrayal

How are Indigenous peoples of the South Pacific portrayed in Les Sauvages de la Mer Pacifique?
© The University of Newcastle, Australia

Hi there! We hope you're enjoying our article: Sauvages de la Mer Pacifique
This article is part of our course: What Does It Mean to Be Human? An Introduction to the Humanities