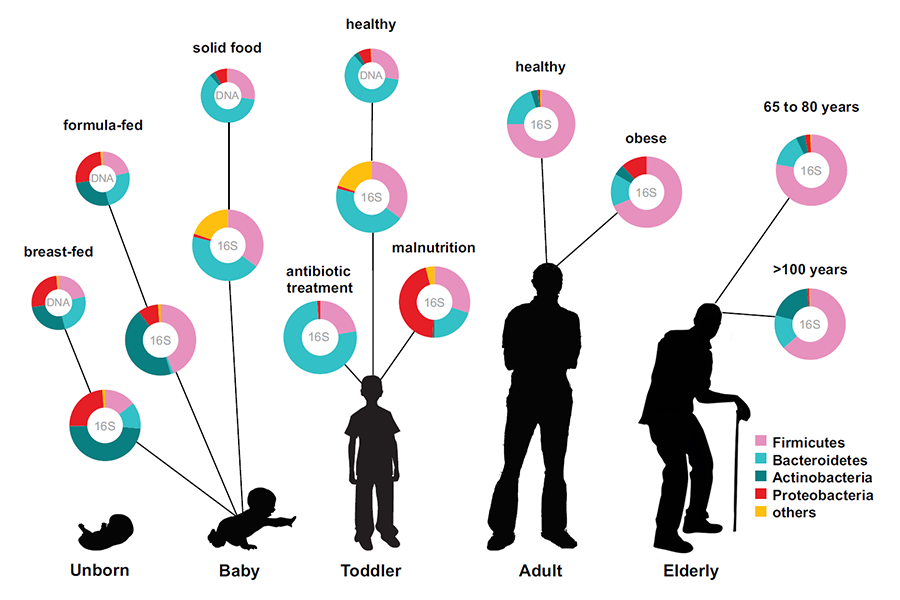 The human microbiome defines the microbial communities that live in and on our bodies and the roles they play in human health and disease.

The Human body contains billions of cells. Imagine a “Reference Man who is between 20-30 years old, weighs approximately 70 kg, and is 170 cm in height”, a recent estimate suggests he has approximately 3.72 × 1013 human cells. However human bodies aren’t just composed of human cells, they also contain an almost equal number of microbes. Every human has a specific blend of microbes, a microbiome, whichthey inherit at birth and develop throughout their lifetime. These microbes are the bacteria, fungi and protozoa that are part of normal human flora (commensal organisms). These ‘old friends’ have evolved with humans to form a mutually beneficial partnership but, given the right opportunity, these microbes can also cause disease (pathogens). A disease can be caused when the ‘normal’ microbial flora is displaced from one part of the body to another; or when a host’s natural defenses against infections are damaged or suppressed and members of the normal human microbiome can become opportunist pathogens; or when a pathogen is introduced to a susceptible host.

Having a healthy normal microbial flora is extremely important in helping humans resist disease. There is a wide range of commensal organisms in the normal, human microbiome. These commensal microbes vary between body sites; for example between different areas of skin, the respiratory tract and the gastrointestinal system. The importance of this normal flora, in particular the gut microbiome is becoming more and more recognised. For example, scientists have discovered that these microbes help to unlock energy from hard to digest food.

Further information on the Human Microbiome Project can be found on the National Institutes of Health website.

Commensal microbes are also important for preventing infection by pathogens. Humans also carry potential pathogenic microbes such as Staphylococcus aureus as part of their normal flora. These potential pathogens can be carried without any adverse consequences, but they can invade and cause significant infections when the natural body defenses are breached in any way; for example during compound fractures or when implants are introduced into the body or when a patient is immuno-compromised.