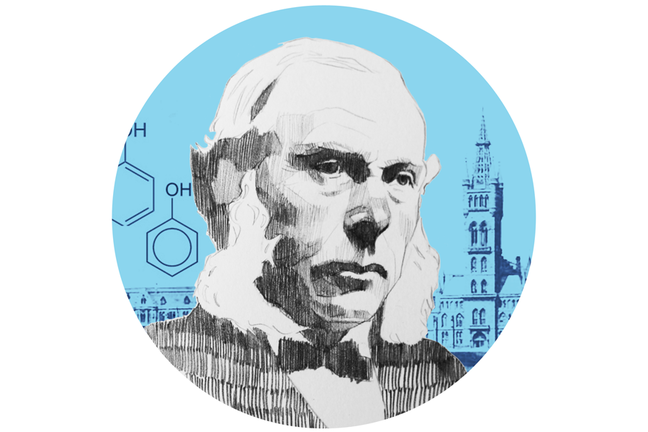 Joseph Lister was born in 1827 to a Quaker family. He trained as a surgeon in London before moving to Scotland where he was appointed as Regius Professor of Surgery at Glasgow University.

Lister worked as a surgeon at a time when sepsis, gangrene and complications caused by infections were the norm. Bed linens, clothing and hands were not washed or sterilised. Often surgical instruments were used to examine the wounds of every patient on the ward round before being wiped down and put away at the end of the day.

The belief at the time was that infection was caused by bad air or Miasma, which drifted from wound to wound across the ward. But Lister was not convinced by this theory and he began to think that it must be something within the wounds themselves that was causing the infections.

Lister began to treat all wounds, medical instruments and the surgeons who were performing the operations with the antiseptic carbolic acid. He believed that this would destroy the wound microbes and prevent infections.

The results were startling. Wounds began to heal. Amputation and death rates as a result of injuries and surgery began to fall.

Nowadays, unwashed hands and dirty surgical instruments are being relegated to the past. Carbolic acid has been replaced by steam and heat to sterilise instruments and dressings and wherever possible the surgical team are scrubbed, gloved, masked and gowned to avoid the risks of infection.

Currently, the use of antiseptics, and the principle of aseptic technique and sterilisation are understood to be one of the corner stones of effective infection prevention.