To transport data across a large network, such as a WAN, the data may travel across lots of different connections. These connections are called links because they ‘link’ the devices together. Each type of link has a different frame structure, and uses different addresses and protocols.

The process of encapsulating data, transporting it across a link, and decapsulating at the end of the link, is repeated time and time again as the data makes its journey.

At each stage, the envelope is in the correct wrapper for that section of the journey and just has the local addresses to get it across that section or link.

Note that unlike what it looks like here, the post offices don’t get to read the contents of our letter – more on this later in the course.

How does this connect to real world networks? How do we transport data across one link?

We refer to the set of processes above as part of the data link layer. This is a combination of software and hardware built into the network interface card (NIC) or network adapter. A modern computer typically has three separate data link layer for Ethernet, wireless, and Bluetooth, and switches in the appropriate layer as needed.

In the part of a device’s operating system that deals with networking, the data link layer sits between the network layer and the physical connectors that connect the device to the transmission media. 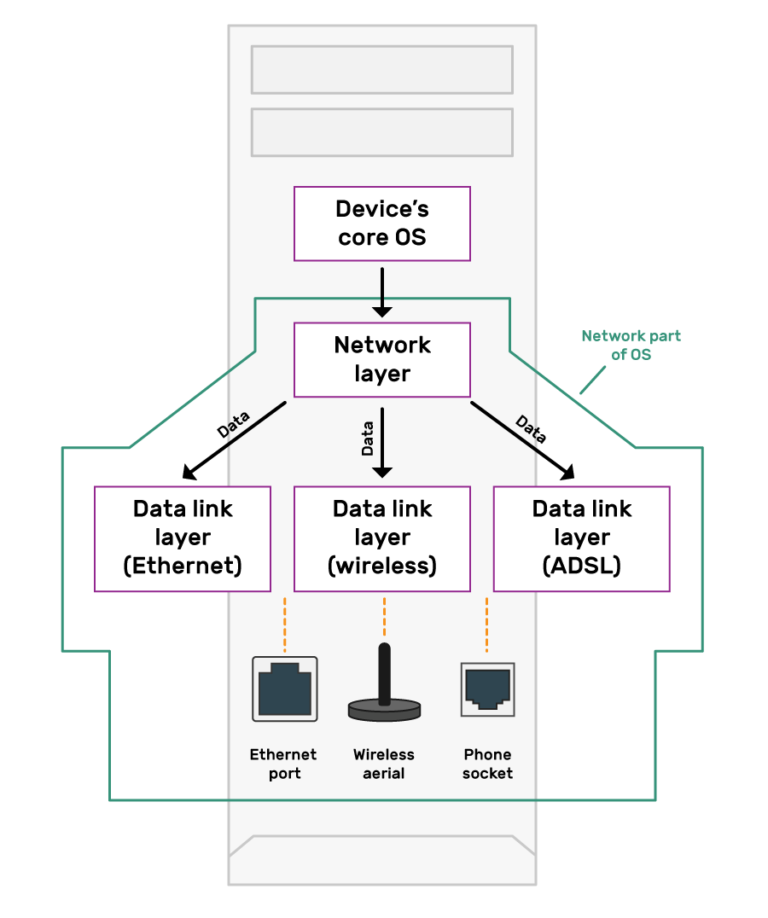 The data link layer in action

We say that the data link layer is providing a service to the network layer by transporting its data in frames across the link.

We can now start to build our layered model from the bottom up. 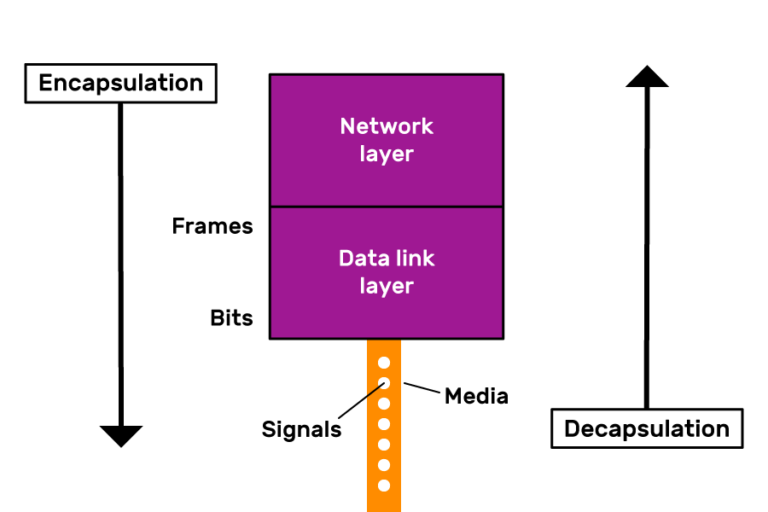 You can see that the data link layer is just the first, or bottom, layer of a layered model called the TCP/IP model. TCP stands for Transmission Control Protocol, and IP stands for Internet Protocol. They both are foundational telecommunications protocols

The TCP/IP model allows new link technologies to be developed and integrated into our networks without having to scrap everything and start again. All we’d need to do is use updated NICs in our devices. (As NICs are often embedded, we end up changing the devices anyway.)

Thanks to this model, we didn’t have to shut down the internet and build a new one when new wireless standards or 3G/4G came out.