Trailer for the course by Theodore Dalrymple
View transcript
12.3
When I was in my early teens, I saw a production in Zulu of Shakespeare’s Macbeth. I don’t remember a great deal about it except one impression that it made on me, namely, that literature can transcend time and differences in culture. It was the first time that I had realised this. Afterwards, I came to work as a doctor in different parts of the world and travelled widely. I never encountered a country or a culture which the literature of another country could not, in some way, illuminate, because humanity, although very various, is also one. Dr. Johnson, the great English writer of the 18th century, was a ruthlessly honest observer of himself and a clear-sighted observer of others.
56.2
In his philosophical fable, Rasselas, he used his accumulated observation of himself and others to ask the question, what is the good life for man? How should we best live? His answers are simultaneously surprising and obvious, as well as conciliatory to all who are disappointed by the imperfections of human existence. It is testimony to Dr. Johnson’s greatness that a book written in a week more than 260 years ago to pay for his mother’s funeral has never been out of print since. Every page, every paragraph, almost every sentence contains rich material for reflection. I hope you will join me for an exploration of this astoundingly rich work. I think it will repay the effort.

“When I was in my early teens, I saw a production in Zulu of Shakespeare’s MacBeth. I don’t remember a great deal about it except one impression that it made on me: namely that literature can transcend time and differences in culture. It was the first time that I had realized this…because humanity, although very various, is also one.” –Theodore Dalrymple

In this course, you will journey with Rasselas, a fictional prince of Abyssinia, along with a diverse cast of characters, as he and his companions leave their idyllic home in search of the best “choice of life.” By the end of our journey, you will have encountered the cheerfully realistic wisdom of Samuel Johnson as expressed in the novel. You will be able to apply the perspectives of Johnson’s characters to contemporary situations, to critique the utopianism that Rasselas brings into focus and to assess an understanding of human nature presented by one of the great minds in the English intellectual tradition.

You will be guided by Theodore Dalrymple (a.k.a. Dr. Anthony Daniels) who, like Dr. Johnson, is a modern-day cultural critic and purveyor of counter-intuitive wisdom.

Characters in the novel include:

This content is taken from
Ralston College online course,

In the comments below, please let your fellow travelers know why you have chosen to undertake this journey with us. 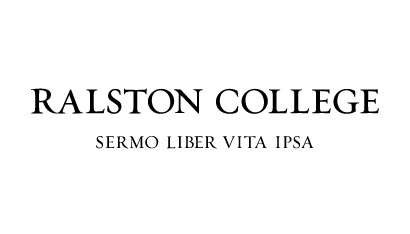