What roles and skills are involved in creating experiences?

In this article we explore the roles and skills required to create immersive media experiences. 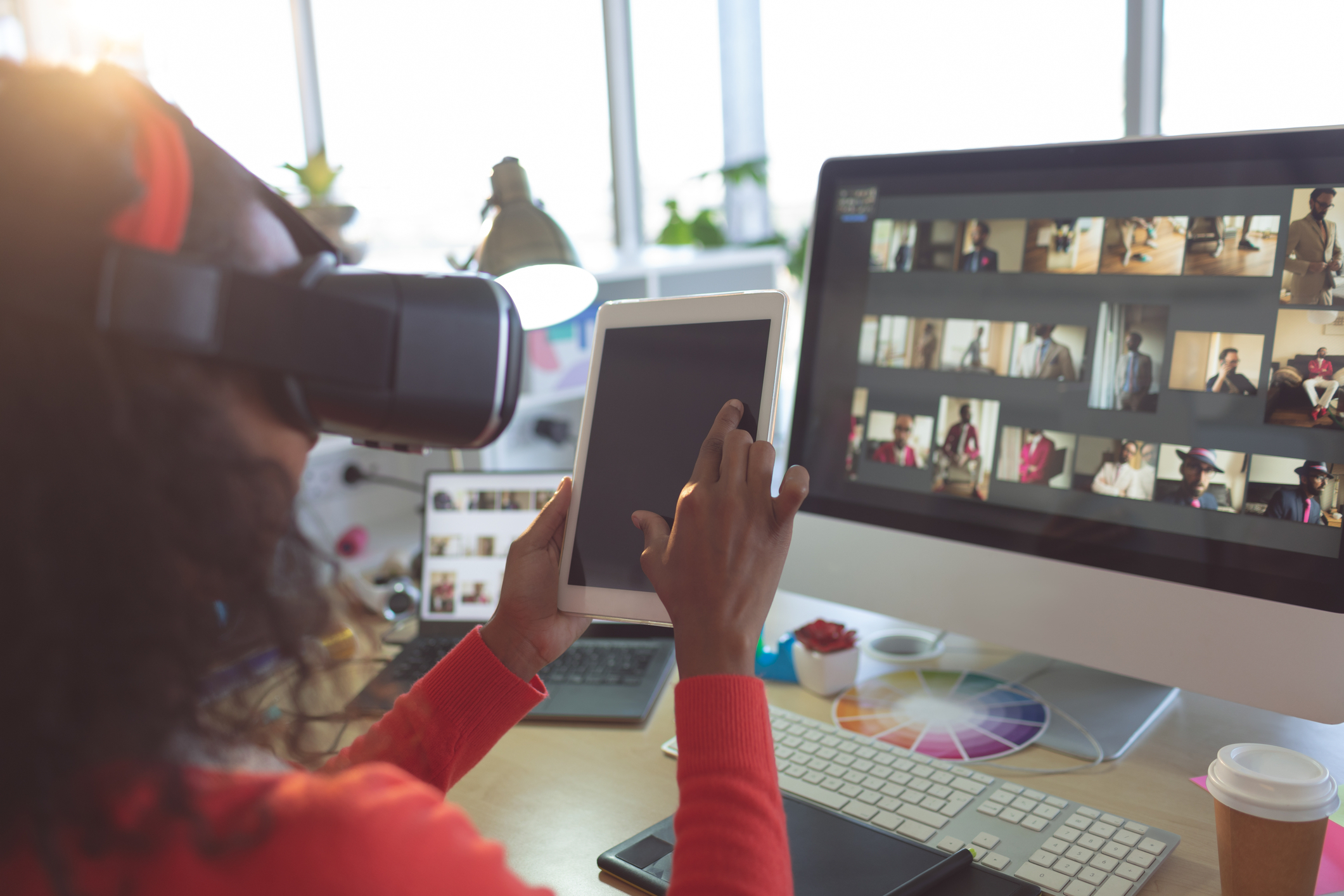 This step will outline the different roles and skills involved in immersive media, and give you food for thought for what roles you might want to be involved in, particularly at a time where the sector is experiencing growth.

At the time of writing, the immersive sector is one of the fastest-growing creative industries, according to PwC. It has around 9% of the global immersive market with thousands of companies making hardware, software and content. There is, however, a shortage of skills and talent. According to Storyfutures’ 2019 skills report, 97% of immersive companies felt skills were missing, and almost half stated that there was not an adequate supply of new talent.

First, let’s have a look at the team roles that exist. It is worth bearing in mind that immersive teams can vary wildly in size and nature, depending on the project. There is also a lot of multi-tasking. This means that this list should be perceived as a menu of prospective roles. It would be rare for a team to always include every single one of these.

An immersive writer writes experiences. This can be different from storytelling. A good immersive writer usually creates the structure and environment for the audience member to immersive themselves in; a memory they can take with them, not merely a projection of someone else’s story. According to Storyfutures’ skills report, there is a talent shortage of immersive writers.

A VR developer will plan and write the programming necessary for the user experience. Although native VR experiences are possible, most are built in a real-time games engine. The programming language that’s used in the games engine Unity is called C# (pronounced c-sharp), and the language for Unreal is C++. Many developers say whilst there are lots of similarities between the languages, C# is easier to learn. Both languages are object-oriented. Unity is free to use for non-commercial purposes, with lots of online tutorials, so it’s a great way to get started. There is a specific shortage of immersive developers.

There are several types of designer potentially involved in an extended reality project; interaction designer, graphic designer and user experience designer. These roles can be several people or all one person. The key skill for all design roles is the ability to design spatially and to be capable of working with sequences or events; not simply static moments.

A producer/project manager has the overall responsibility for managing the delivery of the project so it is delivered on time and on budget. There can also be a creative side to the role, as often the producer takes responsibility for the overall editorial shape of the experience. In this case, the producer is often called a Creative Producer. Key producer skills include people management, communication, time planning (eg using a Gantt chart), risk management and budget management.

A technical artist will use a 3D graphics application such as Maya to create or adapt assets and environments for a virtual space. Sometimes this involves motion or volumetric capture. Real-time games engines like Unreal or Unity are also used to make environments, effects and objects. Technical artists combine skills from both art, animation and computer programming. There is a particular talent shortage of technical artists, with hiring notoriously competitive.

This is someone who can lead the production of 360 films. Sometimes they will be a full videographer, being able to plan, shoot, direct, stitch and edit. Skills needed include spatial planning, 360 shooting, 360 directing, audience understanding, video stitching and 360 video editing (which abides by very different principles to standard video editing).

This person will plan and deliver a spatial and/or binaural audio mix for the project. The role involves planning sound equipment necessary, using a spatial audio platform, eg Facebook’s 360 Spatial Workstation, deciding which plugins and export format to use and games engine spatial audio integration.

Often for more cinematic projects, the director takes creative responsibility for the experience’s feel and vision. Key skills include creative leadership, audience understanding, originality and coming up with good ideas.

Although not strictly part of the extended reality production process, the roles of marketing, distribution and business development are vital to a successful immersive product and should also be considered as options when exploring job opportunities in the field.

As you can see, a wide range of roles is involved in making AR and VR. The running theme is not necessarily ‘high-tech’ but interdisciplinary – skills and experience are borrowed from traditional forms of art and media. Theatre is as relevant as computer programming; gaming is as relevant as feature film production. A strong extended reality project team will involve people from a diverse range of industries. This means that in order to be a team player, you must be able to work with people from different backgrounds.

Zoom in and it is clear that the XR sector is still new. We are building from the ground up and there are a lot of unknowns to this space. What’s the best quality in yourself to nurture? A passion for discovery.